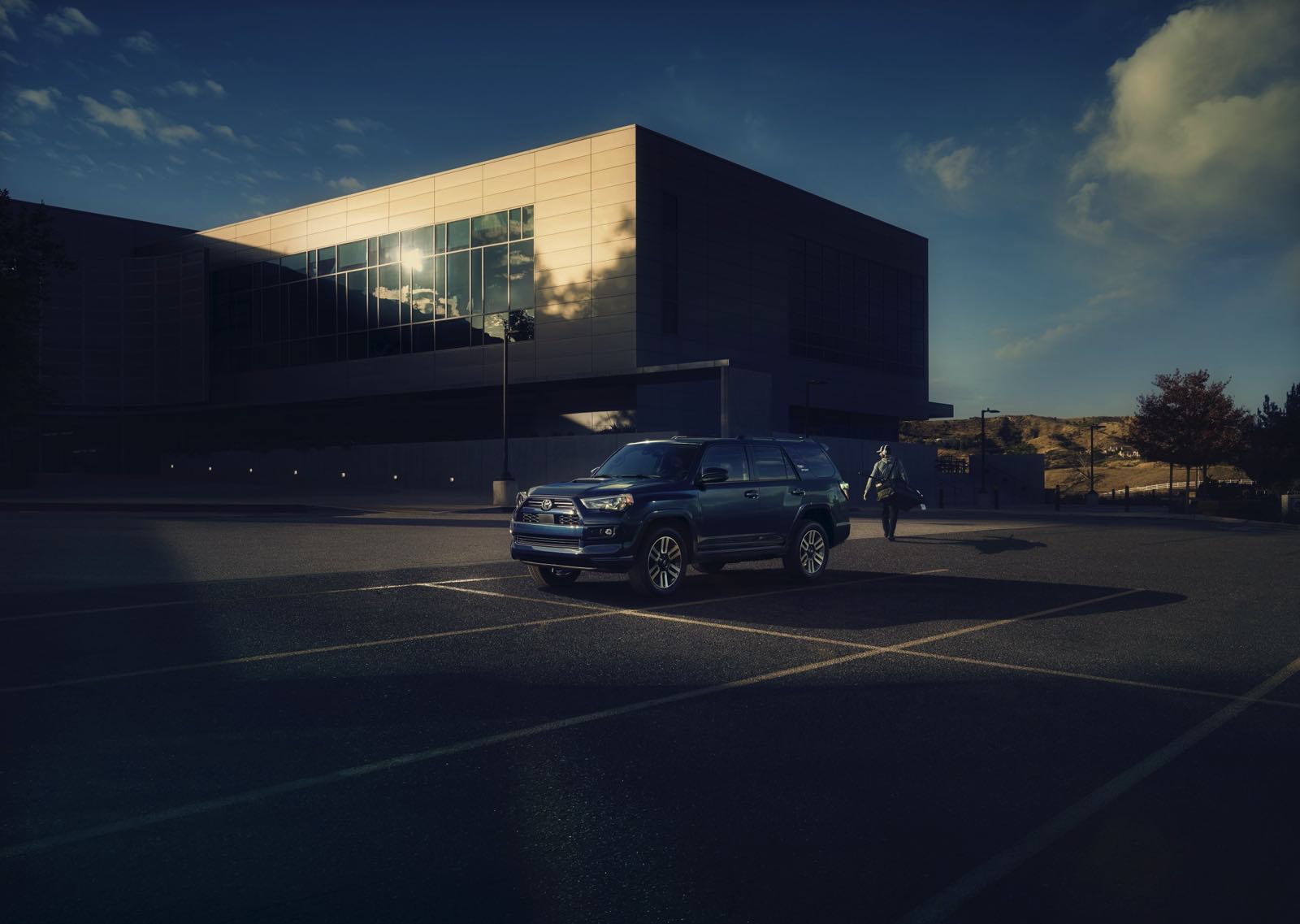 On my work table is a box with a half-dozen pair of leather work gloves, yet when I gird myself for battle with rose bushes, poison ivy, and the army of critters that reside in my yard and crave my flesh, the eye gravitates to one worn (but trusty) pair.

Goldilocks gloves, I call them – and not only because they are a mellow yellow.

Slightly heavier than the others, this pair is remarkably durable. More than once I’ve covered them with so much mud that I had to take a hose to them. I lay them on a patio table. They dry overnight, I come out the next morning, and they slip right on. They feel comfortable, competent, and ready for all the things I need or want to do.

This is the essential nature of Toyota’s 4Runner. An old-school, body-on-frame design, the 4Runner began as an adaption of the midsize Tacoma pickup, and despite years of tweaking and the addition of as many modern conveniences as possible, the 4Runner can never escape its DNA.

Handling is elephantine, the ride is jiggly, wind and road noise are high, fuel economy is abysmal, the third row (if equipped) is claustrophobic, and when pushed the engine roars like a tortured demon. Yet, there is something altogether pleasant about the 4Runner. Perhaps it’s the well-earned reputation for reliability, perhaps it’s the astonishing off-road capability, maybe it’s the comfortably famililar, well-muscled look.

Whatever the reason, the 4Runner just fits like those old gloves. A dozen family-sized SUVs are more comfortable, more fuel-efficient, less expensive, and far more sophisticated than the 4Runner, but if I were loading up for a camping trip off the beaten path the 4Runner ticks off nearly all the important boxes.

The most important of those boxes is that it is solidly built. The current generation 4Runner has been in production since 2009, and the 4.0-L V-6 powering it a decade longer. What few bugs it might have had were worked out long ago.

The same is true of the 5-speed transmission. It’s a little clunky, but hey, if it’s good enough for the desert fighters, I can trust it.

There’s a lot to be said for that. People believe in 4Runner. They feel safe in it. They feel they can depend on it, and in today’s world feelings of trust and security are hard to come by. Fully loaded, 4×4 4Runners weigh in at 6,300 lbs. That’s more than three tons. Surely that much mass makes for a safer vehicle, right?

Not really. Though 4Runner has one of the lowest driver fatality rates per million miles, it scores below average on crash testing done by the Insurance Institute of Highway Safety. It was rated marginal in small overlap frontal collision while the structure and safety cage protection was rated poor.

Newer unibody vehicles, such as the Highlander, Honda Pilot, Subaru Outback, or Kia Telluride are lighter, yet their use of modern steel alloys and design structures protect passengers better.

I’m not saying that in crashes size does not matter. In general, according to the IIHS, large luxury SUVs have the lowest fatality rates. Those vehicles, it should be noted, also have the most driver-assist technology. Smaller, inexpensive cars, like the Ford Fiesta, Hyundai Accent, Chevy Sonic, Nissan Versa, and Fiat 500 have the highest. Toyota, which makes a full suite of driver-assist tech available on all its models (even its small cars) did not have one on the list of 10 most dangerous.

When the Highlander was introduced in 2001, Toyota executives quietly said they expected the 4Runner to go away in a few years. The car-based, unibody Highlander was easier to drive, had more room, a smoother powertrain and more advanced electronics. From the ground up, it was a superior vehicle.

All that may be true, but some folks just like the feel of driving around in a truck. Here we are 21 years later and the 4Runner is still going strong. Through April, Highlander was locked in a neck-and-neck battle for supremacy in midsize SUVs with the Jeep Grand Cherokee and Ford Explorer. Still, 4Runner is a solid No. 8, according to goodcarbadcar.net.

Equipped properly, the 4Runner has serious off-road chops, capable of running with anything badged Jeep or Bronco. If you explore where roads are deplorable or nonexistent, a 4Runner TRD Pro is for you. If it’s something you only do occasionally, you’re toting around an extra half a ton and you’re paying steeply in the purchase price and gasoline for something you do not need.

One cannot take off the doors and roof, as in a Bronco or Wrangler, but 4Runner has always had a massive rear window that drops at the touch of a button. It still does. Drop the windows, too, and a car overheated from the sun cools in an instant. It’s a feature I’ve always loved.

I hope Toyota keeps it if a new 4Runner hits showrooms. When will that happen? There’s a lot of talk about that in the automotive grapevine these days, but the people who are talking don’t know because the people who know aren’t talking.

“We won’t have any new 4Runner info anytime soon,” is how my go-to Toyota source, Greg Thome, a senior communications manager based in Plano, puts it.

That is certainly a politically correct response. The Securities and Exchange Commission takes a dim view of publicly-traded companies spit-balling about future products. Knowing Thome, it’s probably an accurate response. He has a habit of carefully measuring his words.

To be sure, Toyota is busily developing and deployng technology that might undergird a new 4Runner and Tacoma. An all-new body-on-frame platform is already in use in the new Land Cruiser, Lexus LX 600, full-size Tundra pickup, and the new Sequoia.

What next? There are also rumors of a Grand Highlander, a true body-on-frame, 7-passenger SUV is in the mix. Just rumors, but it is clear Toyota has options.

Like all manufacturers these days, Toyota’s strategy is to design and build modular platforms that can be adapted to different sizes of vehicles. A unibody platform for cars and crossovers is now endemic across the Toyota and Lexus lineups. A truck platform is already in four products and it is only logical to assume more will follow.

Those vehicles are powered by a twin-turbocharged, 3.4-Liter V-6 engine that cranks out 409 hp and 479 pound-feet of torque. Tundra and Sequoia come with a hybrid version that puts out 437 hp, 583 lb.-ft of torque, and can tow up to 12,000 lbs. All those numbers dwarf what the current 4Runner and Tacoma can do.

In the meantime, all the R&D and all the factory tooling for the old 4Runner are already paid for. The same is true for the equally outdated Tacoma, which still dominates its market niche, so the per-unit profit margins have to be astronomical. At the same time, the existing powertrains come with warranty costs that Ford would die for. They don’t break, so it doesn’t cost to fix them.

Maybe high fuel prices will eventually be the pack of dogs that bring down these old warhorses, but as long as the public demands them, they ain’t broke.

Things go in and out of fashion, but never a nice pair of work gloves.