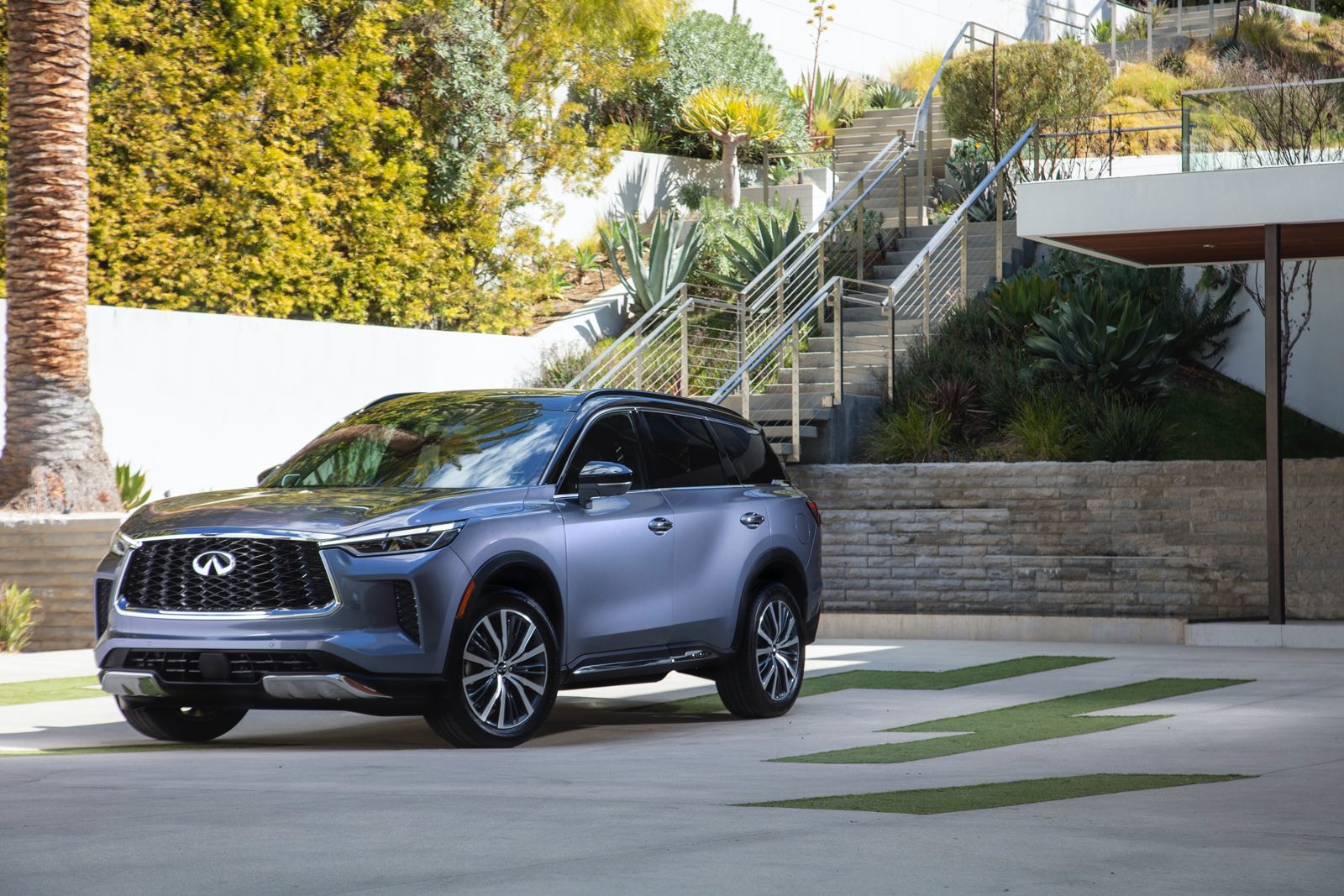 If you can forgive the 1st-person editorial swerve, I was there at the beginning. With a background in selling BMWs, and then managing – after a fashion – Ferrari, Lotus and Alfa Romeo showrooms, the launch of Infiniti seemed to offer a chance to rejoin the near-luxury ranks, selling something of high quality and unique design. What I didn’t consider in the spring and summer of ’89 was Infiniti’s distinct marketing approach, and our dealer’s (Meier Infiniti) unique mindset. My attempt to sell Infinitis was aborted for several reasons, which I’ll save for my ‘auto’ biography. Needless to say, I didn’t see something like the Infiniti’s QX60 in the Niissan division’s automotive future, as I wasn’t sure – in the early ‘90s – if Infiniti had a future.

As you can see from the headline, Infiniti’s survived, even in the absence of any contribution from me. Launched in the fall of ’89, which was also the debut of Lexus, both Nissan and Toyota were following on the heels of Honda, which had introduced Acura roughly four years earlier. At that time none of the Japanese were talking crossover; three decades later, that’s almost all they discuss, almost all they launch. The 3-row QX60 is Infiniti’s middle child, with the 2-row QX50 sitting beneath it, and the too-much QX80 sitting above it. And with its Autograph trim, healthy V6 powertrain and conservatively attractive sheetmetal, it just might be worth your attention.

On my driveway, the QX60 represents a sizable – but not overwhelming – footprint. Its 2-box design is angular, but that straight edge ethos is softened by just enough organic evolution to be attractive. Notably, this is a slightly softer design than Kia’s red hot Telluride, but presents itself more aggressively – at least to these eyes – than Hyundai’s Palisade or Acura’s MDX.

In profile you’ll note the QX60’s aggressively angled windscreen, generous greenhouse and just enough chrome trim to confirm the Q’s upscale intent. Walking to the front you see the obligatory big-*ss grille, but while bold it’s not too bold, and certainly not in your face. In back, the rear hatch is subtly sculpted, and doesn’t look – as many rear hatches do – as a design afterthought.

Inside, our top-of-the-line Autograph trim level presents an entirely credible effort to wow you. It’s saddle brown interior is quilted; if an assignment for my mom’s quilting group, the gals would have taken a year to do this. And big news (for me) is the balance achieved between the analog functionality I like and those people liking their tech in heavy doses. The HVAC and audio controls are intuitive, Infiniti’s InTouch interactive display gives you navigation, Apple CarPlay, Android Auto and Infiniti’s InTouch services. If Roy Orbison would have had this, Only the Lonely would have never been recorded.

While the third row is typically tight, access to it is OK, and front and middle row passengers are genuinely comfortable. Notably, since it has become a regular rant, the console in the second row is sufficiently low that with both second and third rows folded the console doesn’t restrict you to smaller loads. It’s a win on top of a win.

Ride and handling are what you’d expect in a platform based on Nissan’s well-received Pathfinder. In this more recent iteration the normally aspirated V6, with 295 horses and 270 lb-ft of torque, is now connected to the front or all wheels via a 9-speed automatic; this, in and of itself, provides a huge improvement in your driving experience. Steering, braking and cornering are confident, but stop well short of using this for track days. But with 6,000 pounds of towing capacity, you can easily tow that track car to the track – perhaps a race-prepped 280Z.

With base prices starting at under $50K for a front-wheel drive QX60 and rising to about $65K for the all-wheel drive Autograph tested, the Infiniti competes with top trims of Kia’s Telluride and Hyundai’s Palisade, along with Acura’s MDX and Lexus’ 3-row RX. It also goes up against the new Genesis GV80, which you’ll find – if you can find a Genesis dealer – stomps the category. I like the way the new QX60 presents itself, and would regard it as a very competitive to the $50K you’ll spend for the Telluride. (That’s if, of course, you can find a Telluride – or are willing to wait.) As the window approaches $60K, however, you have some real luxury choices.

The 3-row luxury segment is only going to get more crowded. Here’s hoping Nissan’s luxury arm can once again field not only competitive product, but competitive zeal.