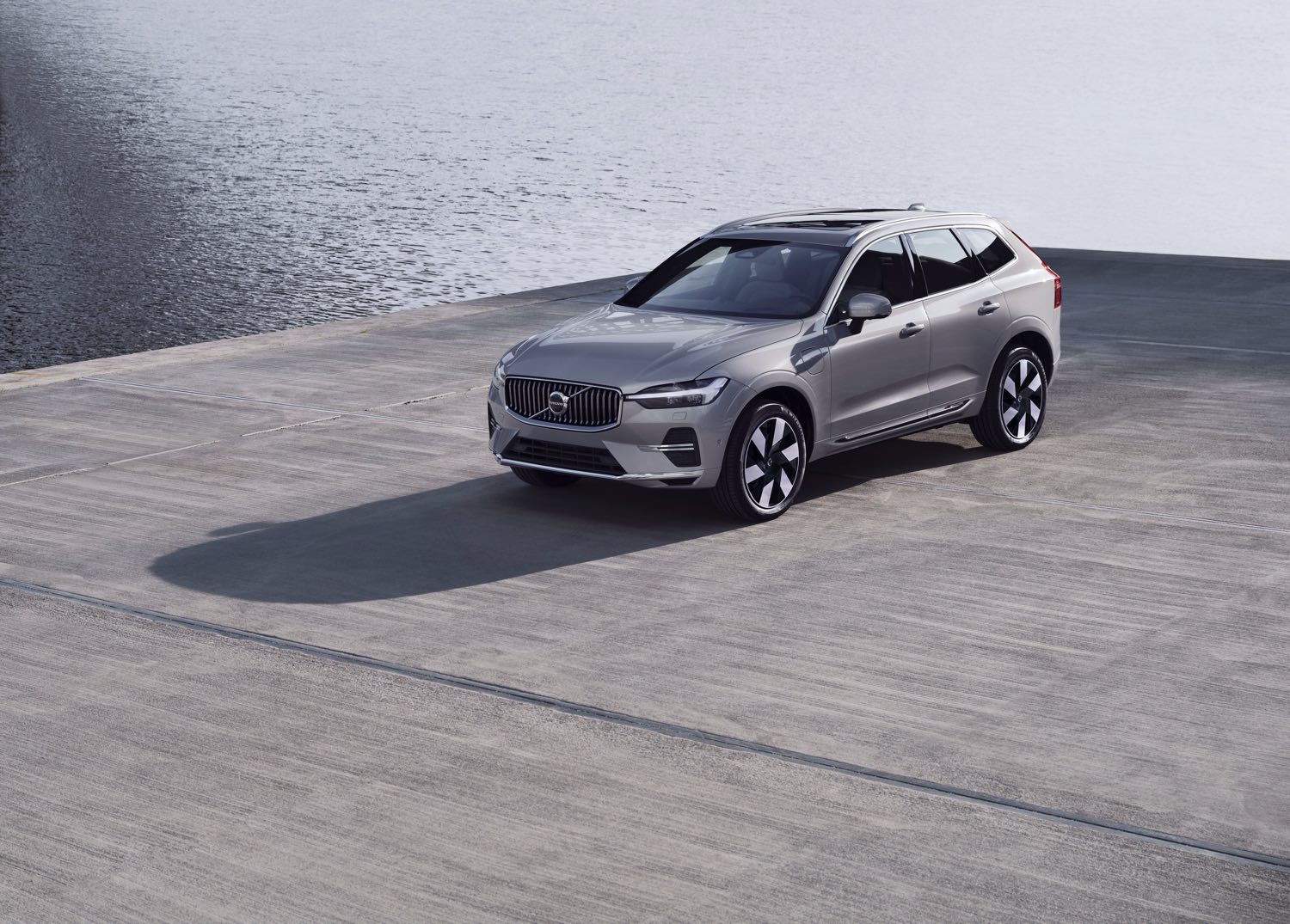 I wasn’t so much speeding as driving quickly – I’d decided that would be my story if confronted by the constabulary – when an altogether rare thought occurred: I wouldn’t mind owning this car.

Offering refined designs inside and out, power both abundant and smooth, nimble handling, smooth ride and exquisite craftsmanship, the Volvo XC60 Recharge is proof that a car can be substantial yet strikingly fuel-efficient.

Beautiful Blonde Bride was sad to see this one go. When she’s sad, I’m sad. Thank goodness the man in Dallas replaced it with a pretty Genesis. We aren’t sad.

Other numbers matter even more when purchasing a vehicle and those are preceded by dollar signs, some at the dealership, others at the gas station. Starting at $55,345, delivered, and stretching into the low $70s for a Polestar-engineered version, the XC60 Recharge seems pricey but not out of line with today’s luxury market. It’s similar, for example, to a Tahoe or a Suburban.

“Well, gee, Wally, if two cars cost the same, but one burns four times as much gas, is not eligible for a $7,500 federal income tax credit, depreciates faster, and is more dangerous in an accident, that wouldn’t seem like a tough decision at all!”

“Wait till Dad gets home. He’ll explain it.”

Buy it for yourself

Of course, you shouldn’t buy a car because it saves you money or it saves trips to the gas pumps or it saves your family’s lives in a wreck, or even because it helps save the planet for your grandchildren. You should buy it for all those reasons plus, more importantly, because you like it.

That’s where the XC60 Recharge shines. Seriously, it’s a joy to drive, especially with the optional 18-speaker, 600-watt Harmon Kardon sound system cranked up to about 50% volume in a concert-hall setting. Eagles time.

Rolling down back country roads, the XC60’s mass makes it a bit hefty for spirited driving and one can understand why it is factory limited to 112 mph. Yaw (body lean) is nicely controlled, the steering is well balanced and responsive, and the ride is altogether pleasant. As always with Volvo, the seats are comfortable and extremely supportive.

Noise, vibration, and harshness are as well managed as anything out of Stuttgart or Munich; that is worth writing because, frankly, this Volvo has the visceral feel of a machine costing tens of thousands of dollars more.

Scandinavian aesthetics are in evidence throughout. Class exudes from carefully selected wood and leather surfaces. The driver’s user interface is beautiful in its simplicity. One is not distracted by scores of switches and buttons. Many controls are operated through a center stack that operates like a tablet and, as any good Swedish engineer will tell, those decisions should be made before the vehicle is put in motion.

This year, Volvo switched from proprietary software to Google for the bulk of its infotainment firmware. We were delighted to note that not only did Apple CarPlay launch cordlessly, but it also projected a Google map across the instrument cluster. Between that and a head-up display, the effect was like flying a plane.

Also this year, Volvo seriously upgraded the electrical components of its drivetrains. It could do so partly because its Chinese parent, Geely, has deep pockets, but also because Chinese EV technology is beginning to distance itself from that of Western automakers.

Once dominant in China, automakers like General Motors and Volkswagen are no longer popular with Chinese consumers who have no interest in internal combustion engines and have come to see their autos as an extension of their smartphones. Indeed, Chinese EV makers are beginning to make serious inroads in the European market, where Tesla imports a ton of vehicles from its Chinese factories.

The world, it seems, no longer wants Suburbans. So it goes with paradigm shifts.

In the case of the XC60 Recharge, for 2022 Volvo added a third row of cells to the rechargeable battery, boosting capacity from 9.1kWh to 14.9 and increasing its range from 19 to 36 miles. Most research indicates that most people drive from between 30 and 40 miles a day, so on most days most buyers will get by on about $2.14 worth of electricity.

When that battery is depleted, a 313-hp, turbocharged four-cylinder gas engine – Volvo has always built great engines – teams up with a hybrid system to deliver about 25 mpg. Of course, it all depends on individual ratios of electric-to-gas. The EPA estimates that the “average” driver will average 63 mpg.

The two systems combine for a whopping 455 horses and enough twisting force to smoke the tires on a dragster. The effect is astonishing.

Somehow, livsglädje doesn’t sound as sophisticated as joie de vivre, but it feels just as good.

All-electric in the works

We keep referring to the X60 Recharge because there is a version powered solely by an internal combustion engine, ICE in the parlance; it is at best a middling car. You can buy it for $10,000 less, not get the power and performance, not get the tax break and join the long line of people who gripe about gas prices, as though supply and demand have nothing to do with the price of a commodity.

If you want one of those, you better move quickly. On May 11, Volvo announced its entire 2023 lineup will be electrified, with either a mild hybrid system paralleling an ICE, an idea Toyota pioneered with the Prius, a PHEV, or a straight battery-electric vehicle, BEV for short.

In the meantime, demand for electrified vehicles in this country is beginning to accelerate. Across North America in May, Volvo saw 35.7% of customers choose electrified (EV and PHEV) models. One can only assume the ratio would have been greater had Volvo had more on hand.

Worth the Hype? – The 2022 Buick Envision Avenir FWD
The 2022 Genesis G80 – STANDING OUT – FROM A STANDING START
Event Calendar