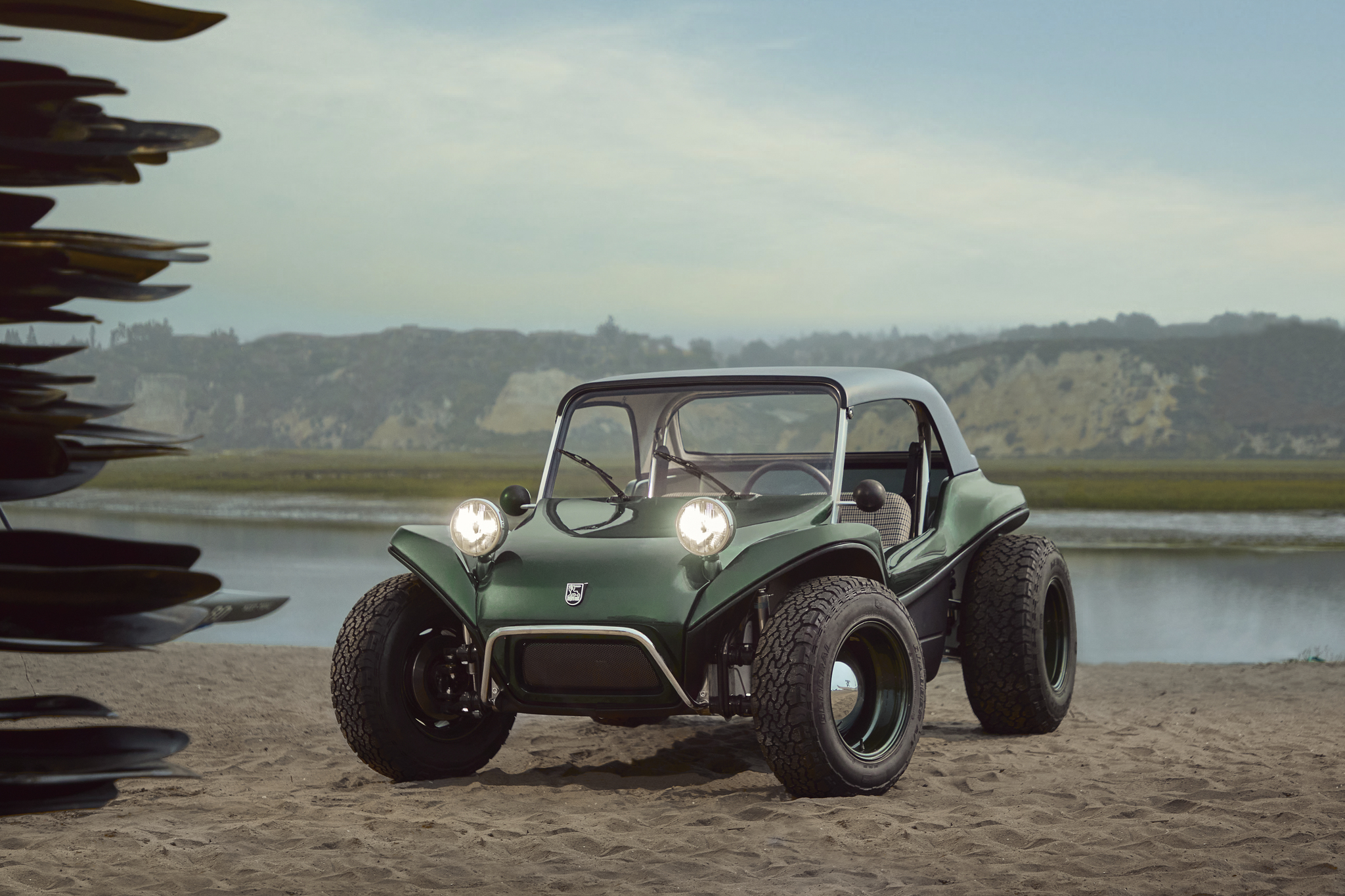 It was, as recalled by memory and verified by Wikipedia, in the spring of 1967 that the New York-based Car and Driver ran the Meyers Manx on its cover. And if you excuse the mag for being late to the game (production of the Manx began in 1964 – but ‘surf’s up’ in Manhattan will never resonate like it resonates in Manhattan Beach), the cover confirmed what many readers and enthusiasts – even this then-teenager in Nebraska, for gawdsake – already knew: the Bruce Meyers creation represented a sea change in how we considered the recreational vehicle.

The Meyers Manx narrative is filled with equal amounts of sheer delight and should have/could have. Introduced roughly two years after Carroll Shelby launched the Cobra, both represented – at the time and now – a poke in the eye of the automotive establishment. But while Shelby took an existing chassis and re-engineered it for Ford’s new, lightweight V8, Bruce Meyers pulled his vision for the Manx out of thin air, while eventually adapting a shortened VW platform for propulsion. Shelby – of course – won the backing of the Ford Motor Company, while Meyers put both the production and distribution on his own shoulders; I have absolutely no idea – nor does, I’ll guess, anyone else – what the Manx might have become with support from VW. Finally, Carroll Shelby had the resources to go after the inevitable Cobra copycats and win, while Meyers – with considerably fewer resources – went after the Manx copycats and lost.

After some three decades removed from Manx production, Bruce and his wife Winnie revived the company in the early 2000s, subsequently selling the brand to venture capitalist Phillip Sarofim in 2020. It is because of the efforts of Mr. Sarofim and CEO/designer Freeman Thomas that the Meyers Manx Electric 2.0 was introduced to a deck full of what was presumably Mr. Sarofim’s Rolodex (yeah, I know – a dated term…) in Malibu on Monday, August 8th. While the venue had neither breaking waves nor Annette Funicello, it did provide the clearest indication yet of electric’s power to both revive and revitalize historic nameplates.

You’ll recognize Mr. Thomas’ design signature in projects such as Volkswagen’s Concept 1/New Beetle, the Audi TT, as well as a number of concepts during his time at Daimler/Chrysler, including the  Dodge Tomahawk. Thomas is also the founding father of the R Gruppe, a collective of air-cooled Porsche enthusiasts dedicated to their preservation and (subtle) modification. As you’d guess, the reimagining of the Meyers Manx is in capable, credible hands.

Given the tightness of the Malibu venue, it’s hard to describe the walk-up because – to be frank – with the compressed crowd and no raised display platform it was hard to walk up! What I did see was a faithful tribute to Meyers original vision; notably, the Manx Electric 2.0 is much closer to the original Manx than Thomas’ Concept 1 was to the original Beetle. From this abbreviated view the footprint seemed almost identical, as did the organic design and offroad capability. Of course, there’s no suggestion of an air-cooled flat four hanging off the back, but the aftermarket should be able to provide same – via 3D printing? – in the not-too-distant future.

At this point in what could be considered a long-lead tease, details are – at best – sketchy, as customer deliveries won’t begin until 2024. Two battery/motor packages are suggested, with the base battery delivering 20 kWh and an anticipated 150-mile range, while the optional battery and motor gives you 40 kWh, 202 horses with an estimated 300-mile range. (And if married, the bigger battery/powerplant with extended range also comes with a divorce attorney referral…)

Pricing is TBD, but with its formal coming-out party at The Quail, A Motorsports Gathering in Monterey, CA on August 19th, you can assume it will be substantially more than the Bruce Meyer original. In the ‘60s you could build a Manx with your part-time income at a grocery store. Sixty years later, you should probably own the grocery store.