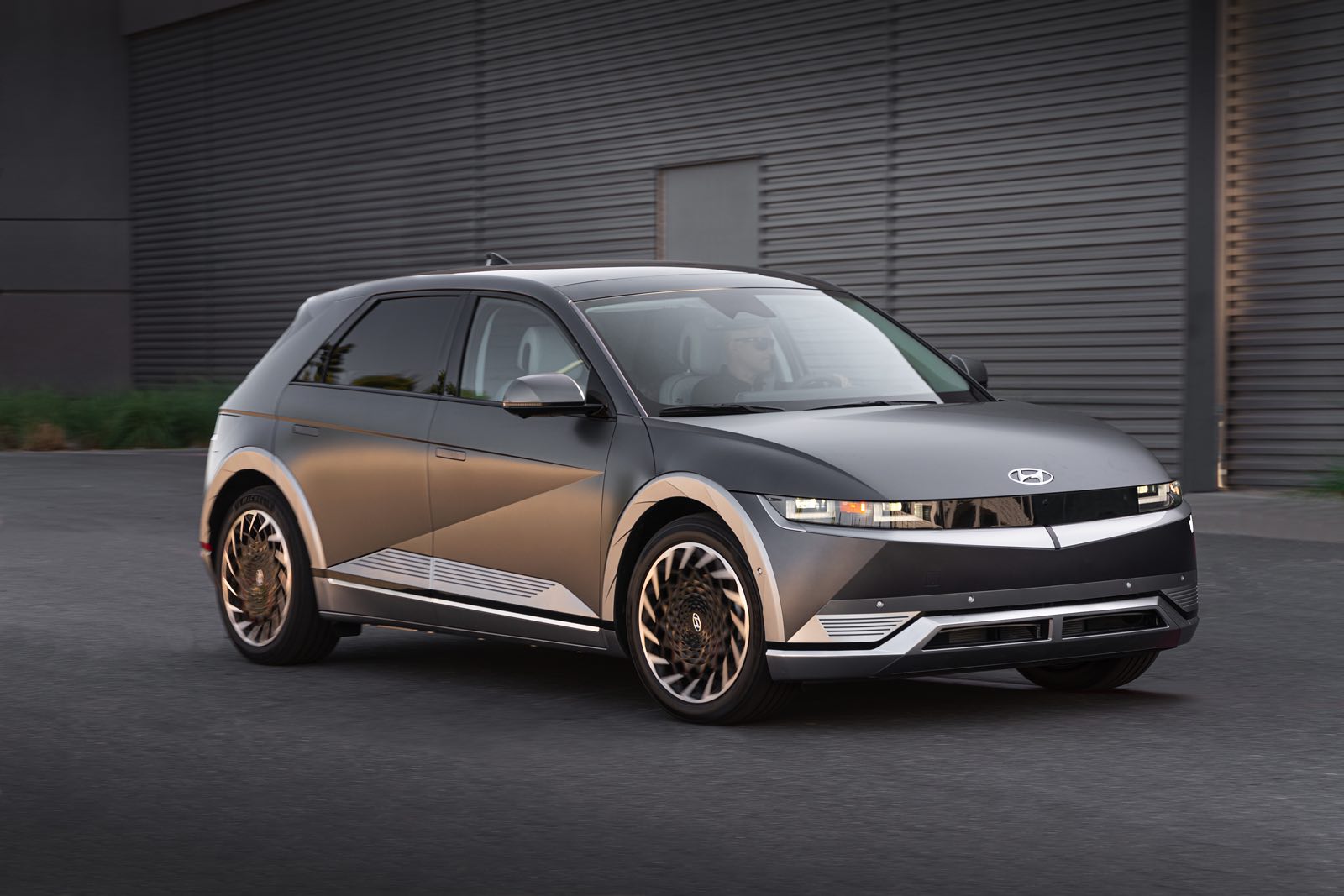 It’s been a long
A long time coming
But I know a change gonna come
Oh, yes it will*

The lyric was penned almost 60 years ago, and while Cooke was addressing civil rights, today it could as easily be environmental activism. If paying any attention to what’s happening in the production of today’s automotive lineups – and the planning for future automotive product – you’ll know the changes are coming almost faster than they can be documented. Hyundai and its corporate sister Kia are at the forefront of those changes, exemplified by Hyundai’s all-new Ioniq 5. And its presence speaks volumes about the industry’s ability to meet both new regulations and consumer expectations.

In Hyundai’s summary of the Ioniq 5’s highlights, the Korean juggernaut describes the all-new EV as a ‘distinctive design (linking) past, present and future’. It may be a link – and in its use of creases in the sheetmetal and parametric pixel(!) LED lighting in its rear it will pass the ‘distinctive’ test – but the Ioniq 5 falls well short of rewriting any design handbook. As a two-box hatch it veers toward the conventional, and in profile implies ‘early VW Golf’ rather than the 21st-century. The Hyundai is substantially larger than the Golf (old or new), and its proportions are, as Hyundai suggests, ‘athletic’, but you won’t be thrown off by anything here – except its classification as a small SUV in the EPA’s testing. If the Ioniq 5 is a small SUV (with 6 inches of ground clearance!) I’m Donald Trump; neither descriptive is even close.

With that, Hyundai’s completely new take on an EV does provide the higher hip point that consumers – other than those driving Mazda’s Miata – seem to prefer. That higher seating position, in combination with a glass area seemingly spec’d by Owens-Corning, gives you traffic updates without the need for Blind-Spot Avoidance – although Hyundai includes it anyway. But then, you might simply be distracted by the Ioniq 5’s dash and infotainment system, as its two feet (combined) of gauge cluster and Nav can visually overwhelm. (It’s best to be parked as you attempt to understand it.) Once you’ve got a handle on that you’ll find most of what’s offered intuitive, and you can get on with the drive.

In that drive, you’ll find the Ioniq 5 to be a serene, almost sublime blast. Hyundai’s new E-GMP platform puts the battery pack just above street level, so a big percentage of the Ioniq’s 4500 pounds is immediately below your butt. With that, and a comfortably composed suspension, you can take corners at speed without ruffling the feathers of the guy or gal beside you. Adding to the fun is steering that’s direct, and a throttle providing an abundance of torque.

All of the above goodness is made possible by an all-wheel drive powertrain delivering 320 horsepower and 446 lb-ft of torque. (If opting for rear-wheel drive horsepower is 225, torque 258.) Along with ultra-fast charging, which allows you to go from 10 to 80 percent in just 18 minutes, the Ioniq 5 (in most trims) gives you 282 miles City, 224 Highway and 256 miles of Combined range in EPA testing.

That, of course, is a bump in what most EVs deliver, especially at Hyundai’s $40K to $50K price range. But then, with the administration’s recently passed Inflation Reduction Act you lose the government’s $7500 tax credit – at least as the regulations and Hyundai’s production sits right now. States, of course, are able to do their own incentives and probably will, but in the absence of checking all 50 states (they don’t pay me enough – and never will pay me enough…) know that the Ioniq 5’s window sticker is, as of now, all yours.

And while thinking about that, consider this: In a Wall Street Journal op-ed written by Bjorn Lomborg, Mr. Lomborg takes issue with a number of environmental assertions put forward by the EV establishment. Most of what Mr. Lomborg writes has been written before, but his many assertions – from the environmental impact of battery production to the source of the electricity used for recharging – have a way of sticking. If your outlet provides a charge via wind or solar power, you’re in. But if it’s coal, it’s worth giving a thought to your environmental strategy in 2022.

Finally, it’s worth repeating what I’ve noted before: If you have an EV you need a home charging unit, one that can replenish your battery overnight. I like hanging out at a Starbucks as much as anyone, unless – of course – when I have to hang out. A charger at home or workplace is a must, because without it an EV – in my view – is simply too much fuss.