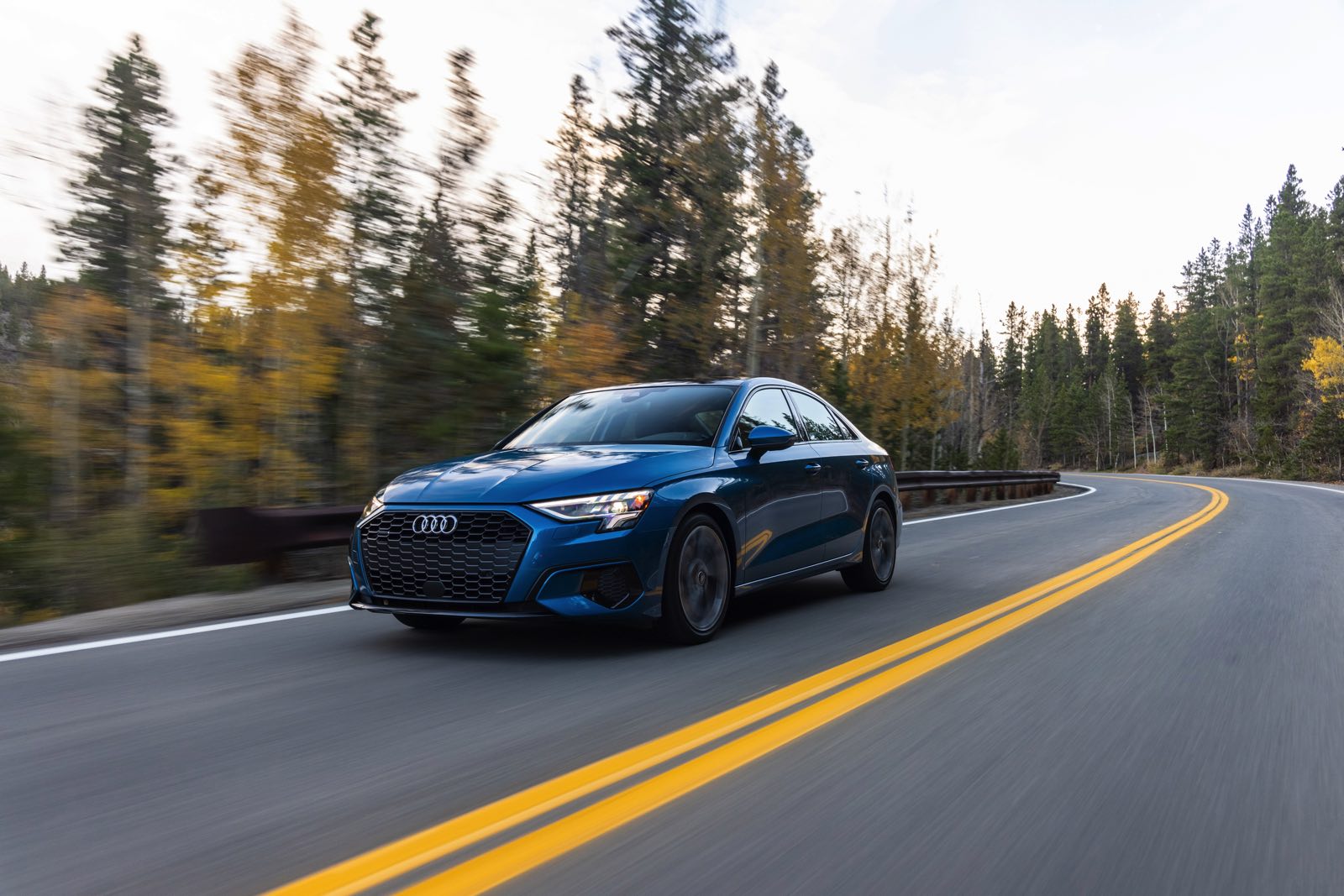 Small Outside, Nice Inside

One beneficiary of soaring gas prices has been Audi, whose affordable, perky and fuel-efficient sedan, the A3, has been a sales sensation during the first nine months of 2022.

Sharp upticks in sales of Audi America’s three e-tron electric models, plus a more than 400% increase in A3 deliveries, drove the German company’s North American sales to a 20% year-over-year increase through September.

Of the two developments, the bigger surprise is a sudden attraction for a 3,400-lb (that’s small) four-door car in the land of pickups and SUVs. There’s plenty to like about the A3, which starts at less than $34,000, near the low end among near-luxury rivals like the Acura Integra, BMW 2-series, or Mercedes-Benz CLA.

Targeted at younger buyers, the A3 wins converts thanks to a high level of standard features, great fuel economy, abundant power, and a modestly complete list of driver-assist features.

The A3’s real reason for success is it is a sweet driving machine, almost delicate in balance, with crisp handling, a settled ride, and enough power to bring joy to an Alpine afternoon. It stays well enough within its handling limits to overcome youthful exuberance on the part of the driver.

Sitting in the driveway, the car looks small. Once inside the cabin, however, it feels big with all the digital displays, switchgear, and options one would expect in a luxury automobile. The rear seats are cramped, to be sure, but the front seats are expansive with heaters, 8-way power adjustments, and four-way lumbar support.

Niceties like LED headlamps and contrast stitching are standard. All-new for 2022, critics didn’t like the cheap feel of some interior materials in the A3, and Audi seems to have upped its game. Inside and out, the car exhibits tight tolerances and above-average craftsmanship. Setting up our phones was a breeze.

The trunk is tiny, but Audi has better choices for family cars.

The heart of the A3 is a turbocharged 221-hp, 2.0-L four-cylinder, a slightly detuned version of the same engine that powers a corporate cousin, the fun-to-drive Golf GTI. Like the Golf the A3 is torquey, meaning power is delivered with enough urge to be genuinely responsive – at any given speed.

Unlike the Golf, the A3 comes with a light hybrid component that manages engine accessories and lets it deliver nearly 40 mpg on the highway and 31 mpg in combined driving, which is amazing in a car with an estimated top speed of 130 mph. Sixty miles an hour comes in 6.2 seconds and 100 mph in 15, according to the manufacturer.

All-wheel drive, in Audi-speak Quattro, is a $2,000 option that subtracts 1-2-mpg off the fuel-economy averages. Audi sent us a Quattro version and it immediately impressed us with its stick through tight turns at high speeds. Frankly, the car has more handling prowess than we have courage.

The value leader, however, is the A3. We think the sweet spot is the Premium Plus model. At $39,595 it offers a tremendous mix of features, such as adaptive cruise control, lane-keep assist, memory seat and mirror settings, wireless phone charging and keyless entry.

Audi warranties the A3 for four years or 50,000 miles. No complimentary maintenance is included.

Continue Reading
You may also like...
Related Topics:a3 sedan, audi, audi a3, featured