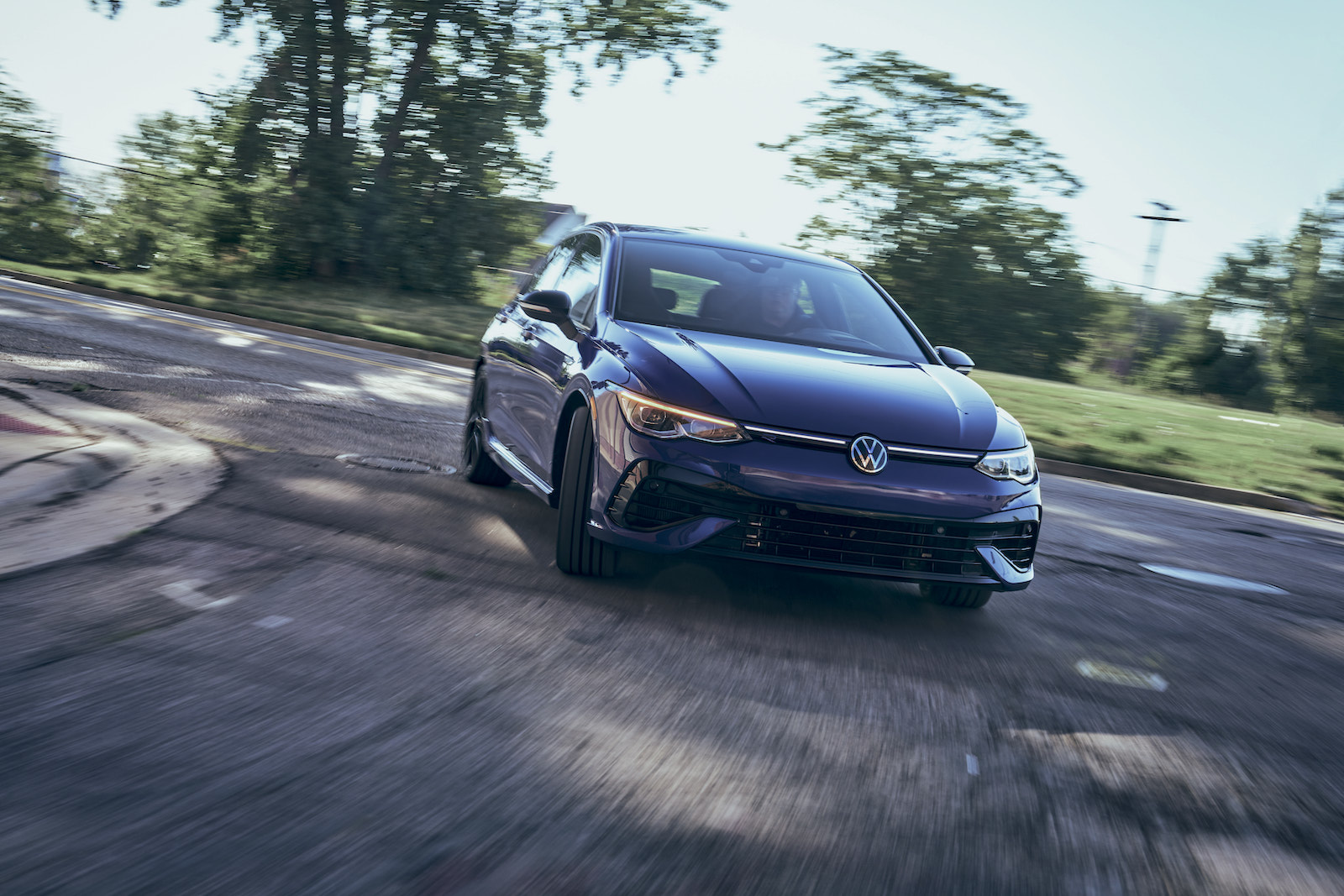 The Germans like their anniversaries, and one of the more recent is the 20th anniversary of Volkswagen’s Golf R, the company’s hyper-extended take on the Golf GTI. To commemorate those 20 years, VW recently announced a limited Golf R 20th Anniversary Edition for its North American market, with roughly 1800 units to be built. The anniversary model will offer a 6-speed manual trans (a configuration unique to North America), a sunroof delete, gloss black 19-inch wheels and carbon fiber interior appointments.

We took this look at the Golf R exactly four years ago, and while that Mk7 Golf has morphed into the Mk8, most of these observations would still apply. And remember, you ‘R’ what you drive.

You can also dial up or down the entertainment with three drive modes – Eco, Normal and Race. And I’m not sure why there’s Eco on a Golf R; that’s rather like living in 8.000 square feet of McMansion and keeping the thermostats set at 80 – or in the winter, 60. Taking the personalization a few steps further is the adaptive chassis with three settings, perfect for vacillating between hyper and hemorrhoidal.