The Fiat 500 was built as a direct competitor to the Mini. Its retro styling with modern functionality and comfort are what made the Mini a hit in Europe and the US. With the recent purchase of Chrysler, Fiat’s number one priority is putting the 500 in the American market. This will be the first and only, so far, to be sold in the US as a Fiat. Most other Fiat/Chrysler cars sold in the US are going to keep Chrysler, Jeep, or Dodge bagging. We will be getting four options for the cute little car including the regular hatchback, convertible, station wagon, and sporty hatchback.

Obviously we, at txGarage, are interested in the one called the Sporty Hatchback. This will be the Abarth edition 500, as it’s known in Europe, named the European 2008 Car of the Year. Not too much is known about the exact specs of the 500 that America will get but in Europe it is built on a shortened Panda platform. Engines range from a 1.2 liter with 69 hp to 1.4 liter with 100 hp. I’m not sure what to expect in the US but I’d bet on the 1.4 being the base engine here. In the European Abarth they have the 1.4 liter engine turbocharged pushing out a whopping 133hp, but being a smaller lighter car the driving dynamics are quite good. Also look for upgraded suspension and some “subtle” body changes. 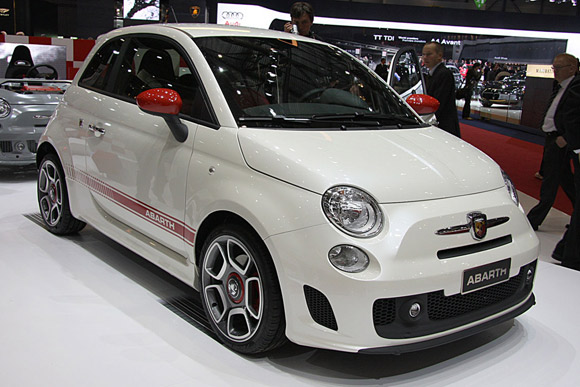 The interior in the 500 doesn’t seem cheap or “half-assed” at all. Like the Mini it is a nice place to be and doesn’t seem as cramped as you would think a small car would. I would go as far to say that I like the interior of the 500 more than the Mini. You get modern technology like iPod hookups and USB interface and a wide range of powered goodies.

The question left is, will it sell in the US? I think in the times we are in that when they bring this car over, yes it will sell. Depending on the price point they put on it, it should sell as well as the Mini has which was a huge success for BMW here. The higher end Abarth models could bring a “boy racer” following to the car like in the Mini and they will get great gas mileage. In Texas though… I’m not as sure that it will be as big of a success when you get out of the big cities. We love our monster trucks and big V8 muscle cars here, and can you blame us?

The 2010 Ford Fusion
My Date with Shelby
Event Calendar