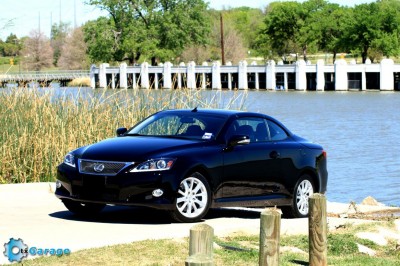 First, I’ll have to admit, I’m not a big fan of taking a sedan and turning it into a two door convertible. There is a big difference between a roadster, speedster, and a 2+2 convertible as I’ve un-eloquently ranted about in other reviews. We’ll put these pre-existing criticisms aside to see what’s what with this IS convertible.

You guessed it. It’s out with the old and in with the new, and the dated Lexus SC is out. The new IS C is in and being based off the IS platform is an automatic plus in our book. Lexus’ old 2+2 convertible was all about plush luxury and not so much about handling or agility. The IS C on the other hand is being marketed by Lexus as bringing fun and sporty driving to a Lexus convertible, and basing it off a sporty sedan seems the right way to go. So did it work? Does the IS C stand up to Lexus’ marketing mantra? We’ll look into that in just a bit. First, let’s take a look at the exterior styling.

Again, starting off with the IS platform was a great choice for Lexus. The front end looks sporty and aggressive.  The Bi-Xenon high intensity headlights with LED daytime running lights really set off the front end style. I know that the LED daytime running lights are just a rip-off of Audi’s headlight design, but I don’t care, I really think it looks great. Then come around the side and checkout those 17” ten spoke aluminum alloy wheels, with beefier rear tires than those in the front.

Unfortunately, this is where the aggressive, sportiness of the IS C starts to become compromised. To fit that big heavy hardtop into the trunk and still have space for – things, they have gone with a Volvo-ish looking rear end. It’s bigger and longer than the sedans backend and just doesn’t fit with the overall design of the car. Nonetheless, this is a pretty car. And that fact was vocalized to us over and over again, especially by women and children. 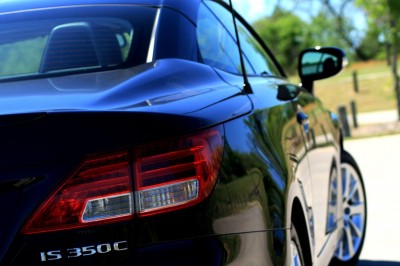 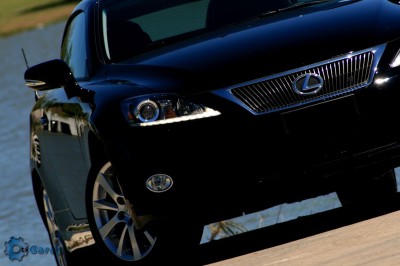 Inside the IS C is a display of what Lexus does best: luxury. The simi-aniline leather (yes I looked it up and it’s a real thing) seats were fantastic. They were geared for comfort and as such were not heavily bolstered. The power seat was complimented with three memory positions and an automatic feature that pushed the seat and steering wheel out of your way while entering and exiting the car. Both front seats had a one-touch button on the side that moved the seat forward for easy entry into the back seats. Space on the inside was adequate, but there were sacrifices. There wasn’t much room in the rear for adults and even having a child sitting behind this 6’1” driver required moving the seat to an almost uncomfortable position. Without back passengers the cabin feels roomy and once you drop the top, even more so.

Speaking of the top, Lexus claims that it’s the fastest three-piece metal hardtop in the world. With fifteen motors and thirty seven sensors working in unison, this hardtop is stowed away in about 20 seconds. That might sound pretty quick in the hard top folding world, but seems long in the real world, especially since you have to be at a complete stop the entire time the top is working.

The last note on the interior would be for the clock. I’m happy that Lexus decided to include an independent clock. It bugs me when your only clock is integrated with the navigation screen and while performing certain tasks, you lose the ability to tell the time. But the clock that Lexus chose for this IS C looked like it was pulled from a 1980’s Toyota, and just didn’t fit the feel of the modern luxury car. Just something that bugged me the entire week. 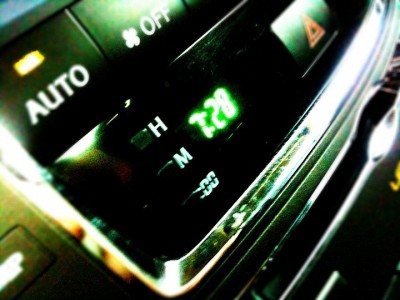 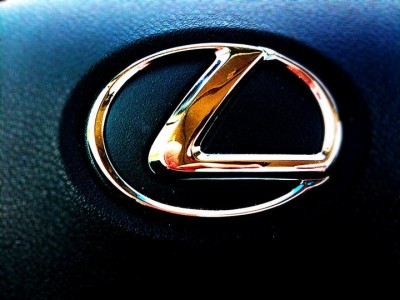 Coming into this review with my preconceived notions of a luxury convertible, I didn’t expect much in terms of sportiness. Lexus blew those thoughts out of my head quickly. Anyone who knows about cars and handling that I managed to get to take a ride with me in this Lexus agreed. They were surprised on how flat it stayed and how composed it was through cornering with the top up or down. The 306 horsepower, 3.5 liter V6 did a good job of pushing this overweight car around and the six-speed automatic transmission, while in manual mode and shifted by paddles on the steering wheel, did a good job as well. I still wouldn’t call this a sports car. There is no getting around the fact that 3,906 pound car is still a lot for a V6 to push around, and it weighs more than 450 pounds more than the sedan. Even with this weight, you still get from a standstill to 60 mph in 5.8 seconds, about the same as my Genesis Coupe 3.8 V6. Not too shabby.

You can also now get some F package options. Anything from suspension, wheels, brakes, exhaust, and more aimed at bringing more sports to this sporty coupe.

Our test car, the IS350 C, totaled out at $53,522 with a little over $7,000 in options and extras packed in. When you get into that price range, you are looking at Corvette, BMW 335, and Audi A5 money. Lexus wants to pit this car against the BMW and I really think it gets close, but I can’t help but feel that it really won’t hold up to the BMW. When you get to the looks, the IS C is just a little too awkward and compromising.

I still have that nagging feeling too that this could be a much better car if only it were a standard coupe. Save on weight, save on money, and don’t compromise on the looks in the rear – this would do more for me than wind in my hair, top down driving does. I guess it left me wanting Lexus to build an “IS-F C”, but make the C stand for coupe. A fixed roof over head, that awesome V8 up front powering the rear wheels. Now that’s a car that would really get my attention. 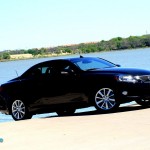 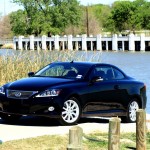 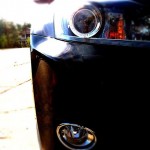 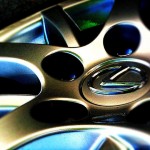 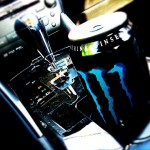 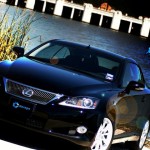 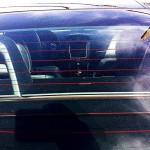 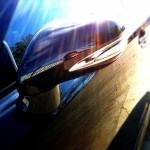 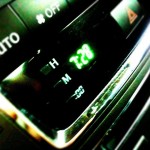 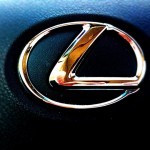 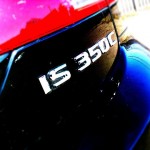 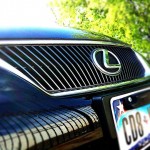 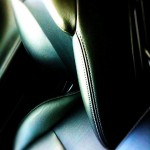 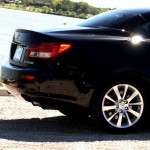 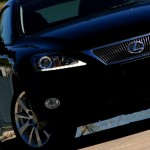 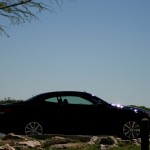