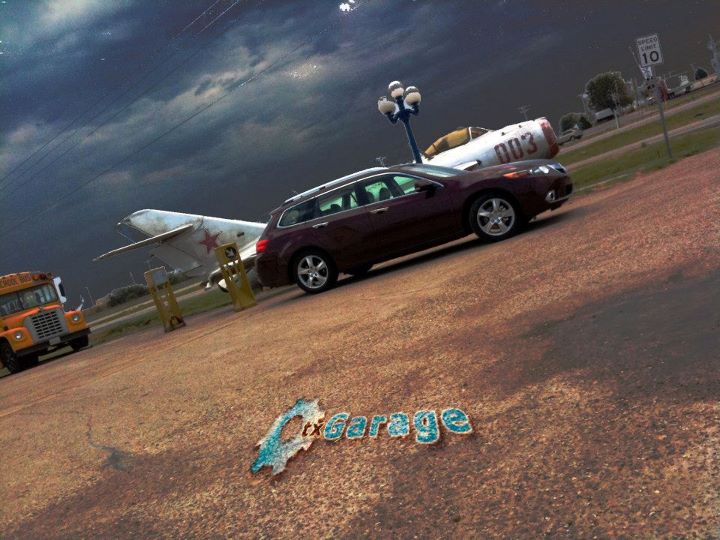 I’ll admit, after selling my Acura Integra in 2002, I really didn’t pay much attention to the Acura brand. Their styling seemed to go from bad to downright ugly. Their performance seemed to run away after letting the Integra go and featuring the RSX. At the Main Street in Motion event, I test drove the new Acura TSX in comparison to the Buick Regal turbo and was quite shocked at how well I liked it. Then I drove the 2012 Acura TL around the infield track at Texas Motor Speedway. Again, I was shocked at how well the car handled, how balanced it was, how nice the steering was, and how good the paddle shifters on the automatic transmission were.

After seeing the commercials for the new TSX Sport Wagon, my first impression was amazement that they’d bring this to America. My next impression was that it couldn’t be as good as the TSX was. Of course now we have the chance to test it out and see what’s really what.

Let’s take a look at the styling first. As I said earlier, Acura has gone through some bad styling. So much so that they have lost sales and customers have attributed that to the new styling. The front-end styling of the 2012 TL seems to have gotten the point and Acura toned it down a little. The TSX still needs some work in my opinion, but it’s good that Acura is getting the message. Other than the front beak-like grille, the rest of the lines on the TSX are sharp and almost aggressive. When adding the wagon to the rear, Acura took the time to make it more stylish and sporty rather than optimize interior space. So the back end cuts a little forward and the spoiler hangs over the rear windshield giving it a constant in-motion look.

As far as wagons go, I think it looks good. It still looks young and sporty, but wagons haven’t ever really caught back on here in America. We have been seeing more consumers warming up to the fact that wagons are coming back though. This is evident in the Dodge Magnum, the Cadillac Sport Wagon, and now the Acura TSX Sport Wagon. Still, most people I talked to and I’d have to agree, if it was my money, I’d just go for the sedan.

One thing a wagon can offer is more room inside. I never really had the need to fill it up, but there was a ton of space in the back. The rear seats, though, suffered on the roominess front. They were actually quite tight. Up front though, the leather seats were not just roomy, they were incredibly comfortable. The dash seemed sort of plain and Acura admits that this being it’s bottom line car isn’t equipped with as many goodies as others. Our tester was equpped with navigation, Bluetooth, power tailgate, voice recognition, a backup camera, and a decent stereo with 15 GB hard disk and 10-speaker surround. The navigation system and stereo where all controlled by a joystick like knob on the dash and the screen was set back further out of reach. It took a little playing with, but was actually a nice change to touch screen systems. Compared to others like Buick or even Hyundai and Kia, it just didn’t seem as luxurious as I expected from an Acura. That doesn’t mean, though, that it was a bad place to be.

Under the hood sits a 2.4 liter 4 cylinder engine. This is your only option in the sport wagon while the sedan offers a V6. One of my first concerns with this car was would it be sporty enough with the added mass and no optional V6. This question was quickly answered after a few minutes of driving around. Yes, they can lay claim to it being a sports wagon. Although the 2.4 liter engine only pushes out 201 horsepower and 170 foot-pounds of torque, it rev’s up to 7,000 rpm and feels quite peppy. Your only transmission option is the sequential sportsift automatic 5-speed. You can put this in manual mode and shift with the paddles on the steering-wheel, and it actually works quite well. It seems a little disappointing that you only have 5-speeds instead of the 6-speed transmission you get in the TL. It doesn’t really hinder the sportiness that much, but seems that you could achieve better fuel efficiency that way, not that it’s necessarily bad on fuel economy. During our daily driving, we were averaging 26.3 mpg; so surprising that we posted the picture up on our Facebook page.

It really all makes sense after driving the TSX and the TL for short but enthusiastic drives. This is why they did so well. Even in the wagon, you felt like this car was nimble and sporty. Acura throws words around like coil springs, balanced chassis, independent double-wishbone suspension, independent multi-link rear, and thicker rear stabilizer bar. All these equate to a great driving experience. It’s quiet and comfortable as it should be, but it also feels light and direct. This is what sets this car above cars like the Buick Regal, Hyundai Sonata, and Kia Optima. This would be my main reason for spending my hard earned money on an Acura today.

How much exactly do we need to spend though? Well the base TSX starts at $29,610. For the sport wagon you’ll need to shell out at least $30,960. To get one equipped with the technology package and all the goodies we had, then you’re tipping the scales at $35,970. This seems like a lot for a car with less technology and luxury than we expected, but it makes up for everything when you’re driving a back country road with enthusiasm and a smile on your face.

Check out our full Photo Gallery on Facebook or Google