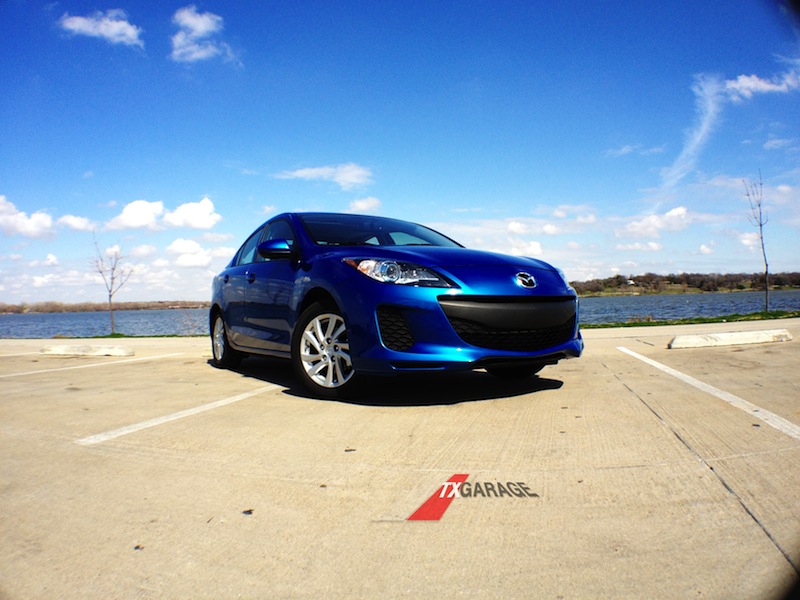 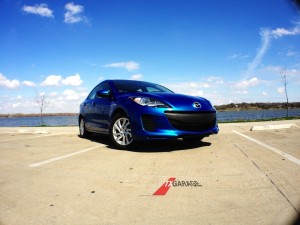 Mazda is a brand marketed heavily towards the enthusiast crowd. Their commercials ask if your car is inspiring or just an appliance. They claim they build cars for people that care about what they drive, how it drives, and the way it makes the driver feel. In pursuit of Mazda’s “what do you drive?” manifesto, they have often sacrificed fuel economy for driving pleasure. I’ve always given Mazda props for doing this given the current trends automakers are following. This year though, Mazda has introduced a new technology to focus on making their cars more fuel-efficient. They call this technology SkyActiv, and I’ll admit, I’m a little worried hearing that Mazda is going in this direction.

So let us get a bit cerebral and talk about exactly what SkyActiv is. What it’s not is a hybrid platform, and unlike many other manufacturers, Mazda didn’t opt for smaller displacement turbocharged engines. SkyActiv all starts under the hood where you’ll find a big, blue plastic engine cover. Under that cover is a naturally aspirated 2.0-liter 4-cylinder engine. This engine is made lighter, it uses newer direct injection technologies – much like Ford and Hyundai – and it takes advantage of a uniquely high compression ratio.

But SkyActiv isn’t only about the engine. It’s an entire mindset behind building the car. The transmission is a 6-speed automatic built with fuel efficiency in mind. We don’t stop there as the whole frame and chassis setup is constructed with lightness and strength in mind as well. This all helps with economy, but should also help with Mazda’s sporty reputation. The question still remains though, has Mazda’s focus on fuel economy hurt the sportiness we’ve all come to love from Mazda? Do they still care about driving?Well, the 2.0-liter engine we mentioned earlier is said to produce 15 percent better fuel economy and 15 percent more torque. The official numbers on the engine dubbed the SkyActive-G are 155 horsepower and 148 foot-pounds of torque. That equates to 7-hp more than the non-SkyActive engine and 13-lb-ft of torque. So yeah, it still has some pep.
The outside of the Mazda 3 has been given a refresh as well. It still has a smiling grill, but it looks more aggressive than the previous generation. The side profile shows off more aggressive wheel arches and bodylines that match more with the Mazda 6. Our tester was fitted with the standard 16” alloy wheels and P205/55R rubber. They looked pretty good but I’d probably opt for a little bigger and nicer if I just bought the car.Inside the car is much like other Mazda’s we’ve driven. We have always been pleased with the quality of materials and design inside newer Mazda cars. You still get an incredibly small navigation screen tucked way back on the top of the dash, but once you get used to the way the buttons work on the steering wheel, it’s not too bad. Speaking of buttons on the steering wheel, most “journalists” I’ve read have a big problem with the number of buttons on the steering wheel. If you’re my age or younger though, I don’t see this being a problem. I love buttons and they are laid out well enough that I never felt confused or cluttered. 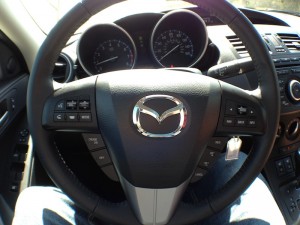 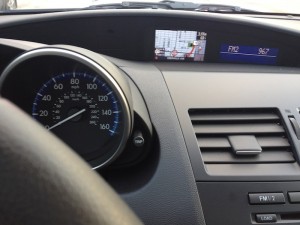 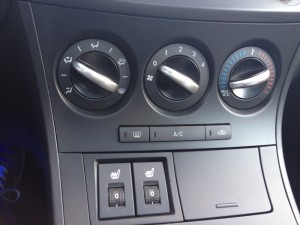 The first big question is has all of this SkyActive stuff worked? Do you get better fuel economy thanks to some engineering voodoo? That answer is, simply, yes. On our second day with the car, we reset all the computers and made a normal highway run in Dallas morning traffic. On that run we averaged 40.9-mpg. That’s 0.9-mpg better than Mazda’s official fuel economy rating. When we left the computers alone for a few days though and really tested out the average economy in the Mazda 3 is when we were really shocked. By day 4 we were still showing a 37.1-mpg rating and we stayed in that ballpark until day 7 where we were really being hard on the car doing video.

So we know the SkyActiv is a little more powerful than the normal Mazda 3; we know it’s a light and stiff chassis; we know it really does equate to better mpg, and we know the interior is still a nice place to be, but the next big question is does it really still have that unique Mazda feel? That is answered simply as well. This is still a fun to drive little car.

I’ll have to admit, I’m completely sold on SkyActiv. It seems that Mazda has found a way to get great fuel economy with none of the normal sacrifices. This isn’t just a great car for the young buyer or the enthusiast, this is a great car for just about anyone! 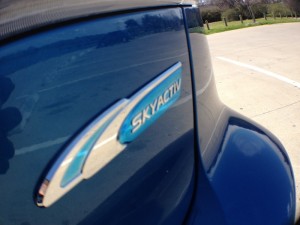 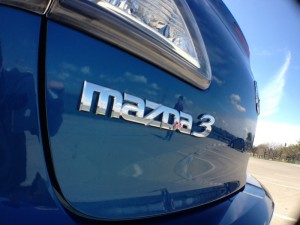 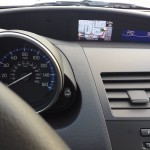 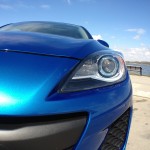 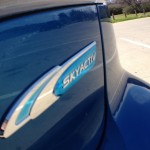 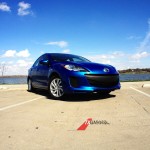 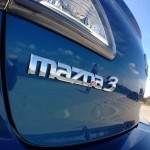 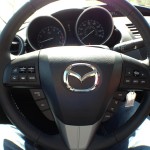 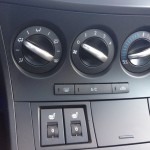 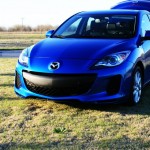 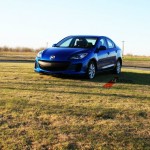 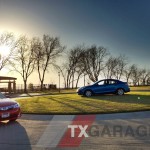 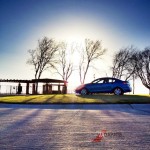