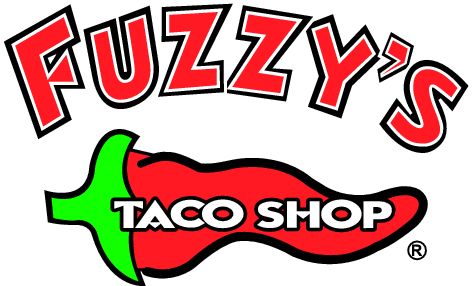 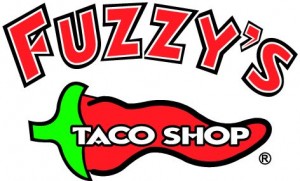 Fort Worth-based Fuzzy’s Taco Shop has grown from a one restaurant operation near Texas Christian University on Berry Street to one of the fastest-growing restaurants in the country and in April it will open its newest and perhaps most unique location in Texas’ largest sports venue. Fuzzy’s will serve as the official sponsor of the infield café at Texas Motor Speedway and bring its fresh, hand-made, Baja-style Mexican food to fans throughout the NASCAR and IZOD IndyCar Series race weekends.

Fuzzy’s will transform the look of the infield café – formerly known as Hot Rod’s Café – with the chain’s traditional décor, complete with its signature 14-foot sailfish that is featured at all its locations. Fuzzy’s President Chuck Bush, Texas Motor Speedway President Eddie Gossage and members of “The Great American Sweethearts!” unveiled the giant sailfish as part of the special announcement during media day.

Fuzzy’s Taco Shop at Texas Motor Speedway – which will debut during the March 16-18 Goodguys car show – will feature a specialized menu complete with its usual favorites that include breakfast tacos, Baja tacos, jumbo burritos and chips sprinkled with its signature Fuzzy dust.

“We see racing as a continually emerging sport, much like Fuzzy’s is a growing restaurant concept,” Bush said. “We are thrilled to be a sponsor of Texas Motor Speedway and to serve the dedicated fans that come out to the exciting events here.”

Fuzzy’s Taco Shop’s infield café location is part of the restaurant’s rapid growth that now boasts 52 stores in 11 states. The operation also has more than 100 additional restaurants on the books to open across the country in the coming year.