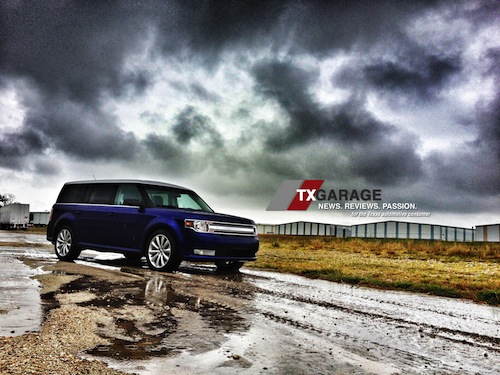 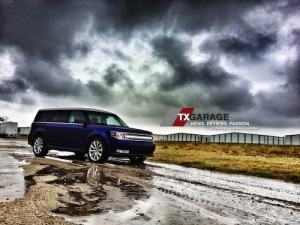 The Flex has been in Ford’s stable since its launch in 2009. In that time, we have admired its retro/boxy styling, but not until now have we actually been able to take the time to drive one and really see what we think. There are two groups of thought on the Ford Flex, and they both seem to revolve around its styling. While the retro style wars were heating up with all the new retro muscle cars hitting the market and vehicles like the PT Cruiser and Chevrolet HHR, it seems that Ford was ready to jump into this with a different spin.

The Flex is a 6 or 7-passenger crossover vehicle, depending on the seating you select, and sits on the same platform as the Ford Explorer, which we love. Because of the boxy styling, you also get a very boxy, but open, interior. Where the Explorer can sometimes feel cramped, the Flex is very open and airy. Being inside is much like the interior of all Fords on sale today. It has some great quality materials including leather seats and soft touch materials on the dash. Also on the dash is the latest and greatest MyFord Touch that allows you to control much of the vehicle from the 8-inch touch screen or by voice commands. We’ve really liked almost ever iteration of MyFord Touch and Sync we’ve come across, and only when reviewing the 2011 Ford Focus did we have any real problems with the system. This one worked perfectly, though.

Under the touch display, you also have an array of buttons for your a/c controls and radio functions. These controls are all touch sensitive areas on the dash and not really buttons. The dash is laid out well and already being familiar and comfortable with Fords in general, everything was easy to figure out and adjust.

The seating throughout was comfortable and roomy. Our tester was a 7-passenger model with a 3-seating bench in the middle row. This bench splits 60/40 and was easy to operate so the kids could easily gain access to the rear two seats. You can also have the Flex in a 6-passenger configuration with 2-captain’s chairs splitting up the middle row. This is nice for families with kids as they can pass through the middle of the 2nd row without having to flip and fold a seat. It also can make the cabin feel even more comfortable and roomy when you’re putting adults in the middle row.

One notable change to the Flex for 2013 is the front-end design. The new design softens the hard edges with more rounded and styled headlights. The grille is one solid bar and the nameplate, FLEX, on the hood is more predominant. The U.S. used to be in love with the station wagon, then we moved our families to mini-vans or big SUVs, and now we’re transitioning into crossovers that still seat the whole crew, but also ride lower and can be made more fuel efficient than a big SUV. The Flex is a great vehicle in this regard. It has lots of style and design, seats a large number of people, can haul a big amount of things, and it’s still low enough so it’s easy to get in and out of for the family.

Our tester is equipped with Ford’s 3.5-liter, naturally aspirated, V6 engine. This is the basic setup that we had in the Explorer when we tested it, but we’re running only the front wheels and do not have an all-wheel-drive system. You can have the Flex with all-wheel-drive, though, and it can also be had with the great EcoBoost V6.

Driving this crossover, retro styled wagon can be a pretty cool and satisfying experience. Whether you’re hauling the family back and forth or cruising down the road with a few buddies, the Flex feels in place. It almost has the feeling of driving a big muscle car as you look down the long straight hood. Although we didn’t get to drive the model with the 355-horsepower EcoBoost V6, I’d imagine that would make it even closer to feeling like a big muscle car.

After driving a full week with the Flex, my opinion of this vehicle didn’t change that much. It was a lot more fun and fulfilling to drive than I could have known, but I’ve always liked the styling. This hasn’t been a consensus with the general public though as the Flex has never sold that well. Although it’s not just the styling that could be hurting the sales of the Flex. One big thing to consider is the price. The Flex is slotted above the Explorer in Ford’s lineup and our tester, not being a decked-out vehicle, had an MSRP of $40,030. While the base price is only $30,885, you can easily spec a Flex into the $50k range. That’s a lot of money, but it’s not the only hindrance. If you take a look at just how good the Explorer is itself, that’s one SUV that’s hard to pass up. I like the looks of the Flex and it offers great comfort and style, but the Explorer has those bases covered as well. We just hope that Ford doesn’t decide to drop this design anytime soon. It’s unique and we’re extremely happy it’s out for sale. 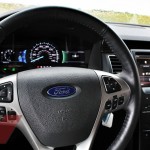 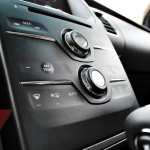 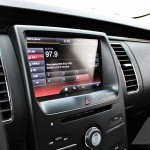 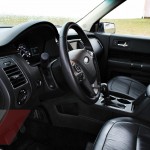 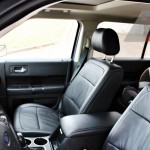 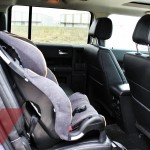 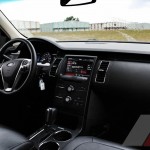 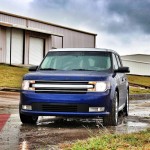 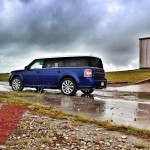 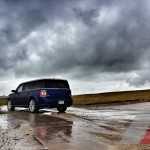 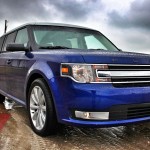 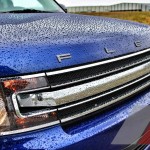 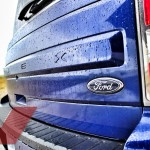 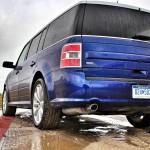 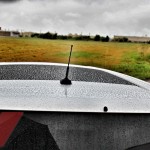 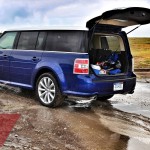 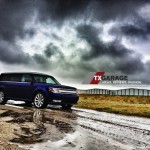