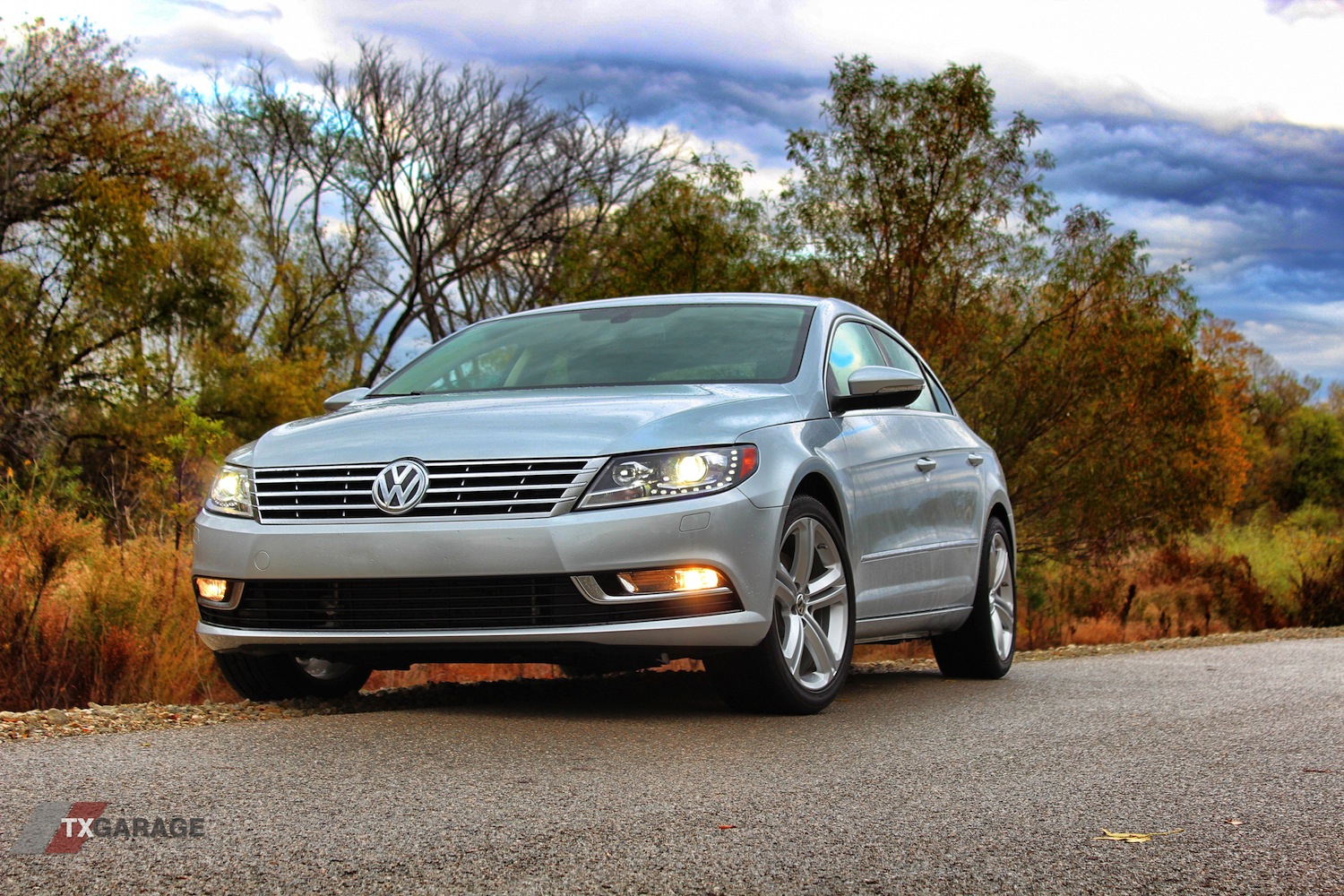 We were extremely excited this week as we’re doing our first full review on a Volkswagen product. We’ve done some “Quick Drive” reviews on some VW’s here before, but the nature of a quick drive limits our time with the car, and we feel that we can most honestly review a vehicle when we get to spend some real time in it. This is why we separate out Quick Drives from Full Reviews. It is also an exciting time because we’re picking up more and more manufacturers as well as more and more readers; so thanks to all of you out there for that.

It’s fitting that our first Volkswagen to review is the CC, and the Sport Plus model at that, as we’ve always liked to focus on enthusiast vehicles. Of course, immediately the question arises, is this really a sporty sedan or just another marketing slogan to sell a package? Let’s find out!

Under the hood is Volkswagen’s 2.0 TFSI turbocharged 4-cylinder engine pushing out 200-horsepower and 207-lbs-ft of torque. Right away, these numbers bring some skepticism as the Kia Optima turbo we reviewed a few months back, and found to be quite sporty, had a 2.0-turbo’d engine that produced 274-hp. We’ll hold judgment till we’re really able to put it through the test later. Although the power didn’t sound like much, our tester was equipped with the 6-speed DSG automatic transmission. This was a good matchup for a sporty sedan offering quick shifting and seamless transaction.

Exterior Photos of the 2013 Volkswagen CC Sport Plus 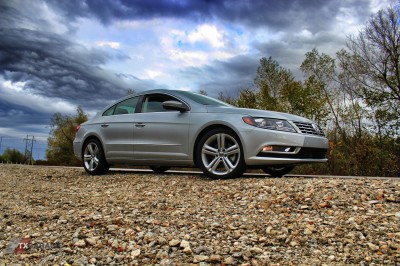 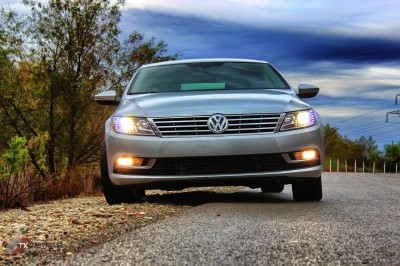 Volkswagen proclaims this car to be a “mid-sized sports sedan with shocking good looks” and at least they’re not lying when it comes to good looks. The CC has always been a handsome and sporty looking car. It’s built on the platform of the Passat and was originally called the Passat CC which was later dropped because everyone just referred to it as the CC, and with its coupe-like body style the CC was much more than just another Passat variant. The CC was one of the first to experiment with these looks and now has the rest of the industry playing catch up. Although there is no doubting that the CC is a good looking car, I’m not so sure that I’d go as far as calling the looks “shocking” anymore. The lines are clean and have been refined in the latest generation, the headlights and taillights have been given the inevitable LED treatment, and our car was fitted with some beautifully styled 18” wheels. All this is good, but not dramatic enough to be shocking as the rest of the industry is catching up fast. Just look at the new Ford Fusion, Hyundai Sonata, Kia Optima, and I could go on.

Inside is more of the same. Black V-tex leather seats that are not just in the front but in the rear as well. The previous generation CC used to be a 2+2 with room for only 2 in the rear seats. Now you have the more traditional rear seat configuration allowing the CC to seat 5 in comfort, which was nice when it was time to haul the family.

Along with black leather, you also get a plethora of brushed aluminum inside the cabin of the CC. The gauge cluster is clean and elegant and looks like it could have been designed by a high end watch maker. Further down the dash is the navigation system and media center controlled by a decent sized touchscreen. The feel and functionality of the touchscreen system is one of the better ones I’ve dealt with recently. The menus are easy to read and navigate and have nice transitions.

Interior Photos of the 2013 Volkswagen CC Sport Plus 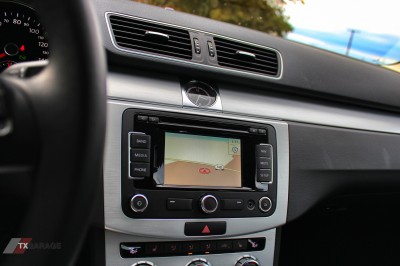 So what about the fun stuff? Is this truly a sporty sedan that an enthusiast should look at? I’ll admit that the 200-hp figure surprised me because this 3,369-lb sedan really got up and went. It had plenty of low-down power and seemed to pull well in almost any situation. Adding to the sporty feel was the electro-mechanical steering which, despite being electric, still had a good weight and kept you connected to the road.

At the end of the week, this car has done everything we’ve asked it to do. The CC is a sporty and great looking sedan that has the comfort and room to be an everyday family man’s car, but I didn’t fall in love with it. Looking at the competition, you’ll see an uphill battle on the hands of Volkswagen. Bringing you back to the Kia Optima which we found to be a ton of fun, comfortable, well equipped, and sporty, it’s easy to cross shops the two cars. The Optima turbo with just about every box checked and turbocharged engine will cost you under $32,000. That’s a great number considering our CC test vehicle priced out at $33,670. That’s not even the top of the range. You can pick up a base for just over $30k, but if you want the power and sportiness with all the boxes checked, you could be looking at as much as $42k. We’re not just comparing this to the Kia, although we do recommend cross shopping, but look at the great new looks of the Ford Fusion and that vehicle packed with Ford’s ecoBoost engine will be a great contender as well. You may also be looking at the Acura TSX, which we reviewed the Sport Wagon and really liked it. The Buick Regal, especially in GS trim, is now a great contender in the sporty sedan market. You also have the inevitable contender in the Infiniti G, which has a V6 and rear-wheel-drive.

The Volkswagen CC is still a great car, and for 2013, is just that much nicer, but before spending the money on one, look at some of these other options you might not have thought about just a few years ago. 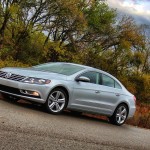 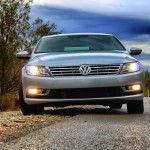 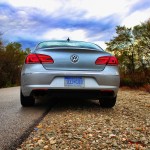 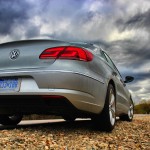 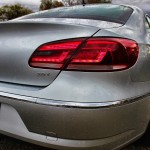 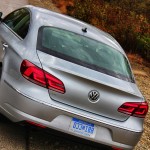 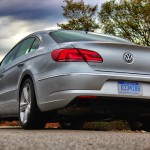 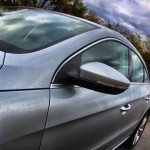 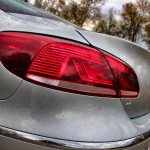 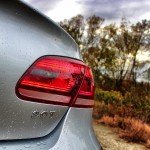 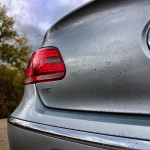 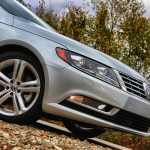 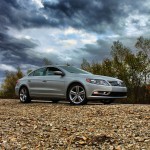 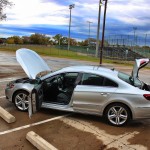 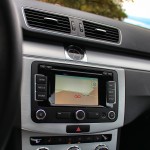 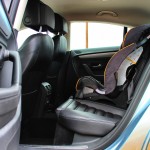 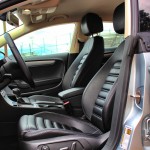 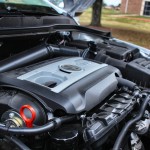 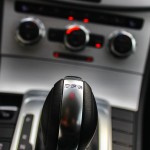 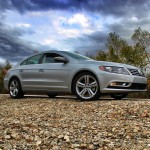 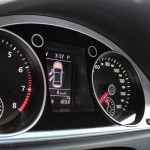