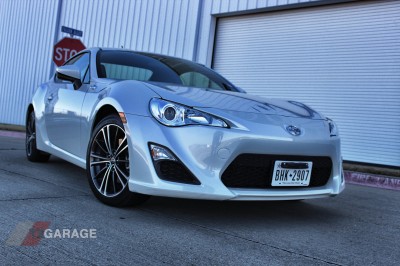 Back in May of last year, we had the extraordinary opportunity to fly out to Las Vegas for the launch of the Scion FR-S. During our time in Vegas, we drove the new sports coupe down desert highways, twisty canyon roads, and out on a track at Spring Mountain Motorsports Ranch. That review was also featured on our Top 10 Reviews of 2012 as our number 8 most viewed review last year. We had a blast out in Vegas, but there are always differences in driving a vehicle while on a vacation of sorts and driving that same vehicle day-to-day. So while we loved the car out in the desert and out on the track, what would we think driving of it in traffic on I-635 or down some rough country roads of East Texas? It was about time to find out, so we got a hold of Toyota and got ourselves a 2013 Scion FR-S to play with for a week.

If you read our first review, you’ll probably already know a little about the exterior features of this car. It’s low to the ground, has a short wheelbase, and has a long hood. These are the first clues of its sporty potential. I’ve recently heard grumbles about the car not looking as good as it should. I’ll contest that. I think it has just the perfect amount of sporty looks and functional exterior styling. The arches over the front wheels allow you to know exactly where the tires are beneath you. The long hood and short trunk are classic sports coupe looks. I really enjoy looking at this car.

Where most critics will be right is on the lack of styling and cheapness of the interior. Inside, you will not find much leather or stylized trim distracting you from driving. For a FR-S buyer though, this is a good thing. As soon as you slouch down into the heavily bolstered seats, you feel ready to drive. You don’t care about the plain interior because you’re ready and focused on the road and the only thing you need to keep your eyes on is the large tach sitting behind the steering wheel. The tach is white with large black numbers that are easy to see. You’ll also notice pretty quickly that this car red-lines at 7,500-rpm. To the left of your tach is the much less important speedometer that has a diamond black background and light gray numbers. You also get a digital readout of your speed in a LCD display inside the tach. The steering wheel is beefy and fits perfectly in your hands while holding it at the proper 9-and-3 positions. Barring a few red stitched and highlighted areas, the interior is otherwise dull, and I kind of want it that way. 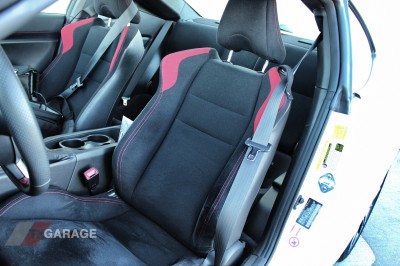 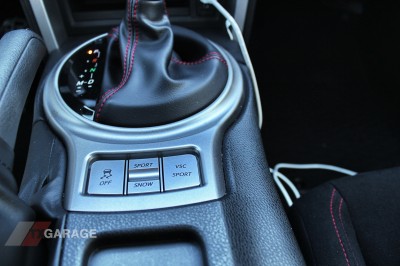 As you might know by now, the FR-S was a joint project between Subaru and Toyota. This means that this is the first Toyota product to house a boxer engine under the hood. It’s not just a generic boxer pulled from another Subaru and slapped into these cars though. It’s truly a joint project to make the engine light, low to the ground, and fuel efficient. It’s the first boxer engine to contain Toyota’s direct and sequential port injection system.

One of the biggest gripes I hear, besides the interior, has to do with the power this car is putting to the ground. The 2.0-liter engine pushes 200-horsepower and 151-lb-ft of torque. Yes this is a low number, and almost every car could have a case for more power, but the FR-S is light for todays standards. Curb weight rolls in at just 2,758-lbs when equipped with a manual transmission and 2,806-lbs with the automatic. In comparison, the Hyundai Genesis coupe is 3,294-lbs at its lightest, the Honda Civic is 2,815, and the Mazda Miata is 2,542-lbs. So while not as light as a 2-seater Miata, it’s much lighter than most of its competition.

Our tester had the 6-speed automatic transmission matched up to the boxer engine. This transmission also affords you a set of paddles behind the steering wheel. On most occasions, I would have been disappointed to get a sports car with an automatic transmission, paddles or not. Having had the chance to drive both the auto and manual out in Vegas on the track and the road though left me less bummed out. This is one of the few automatic transmission that I actually like driving in a sports car as long as you keep the paddles engaged. Leaving the computer in charge of shifting might make you crazy on the highway as it seems to jump around the gears more than you’d like. 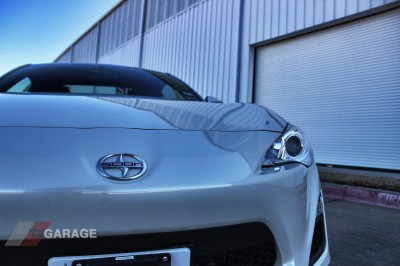 So to the real question; are we still in love with the FR-S after using it as a daily driver?

Absolutely. This is a car you can hop into and cruise down the highway and feel comfortable. Even in traffic jams, at least with the auto, it never left us feeling over worked like some sports cars can. Taking rougher back roads in the country can be spine jolting, but not as bad as you’d expect. The Macpherson suspension in the front and double wishbone in the rear along with a limited-slip differential as standard really allows this car to handle even over rough surfaces. You might even catch yourself drifting a few corners on these rough roads and being surprised at how well the car stays composed.

The real joy is that no matter what kind of road you’re facing ahead and no matter your destination, the FR-S will get you there smiling. Just like we stated in the first review, this car could use a little more power, but it’s not a bad car with the power it has. It might be nice to have a little better interior, but that’s really not the point of the car and would end up making it more expensive. I think for what this car is, both Toyota and Subaru did a fantastic job. You have an extremely fun and easy to handle ride that can also achieve an average of 28-mpg when you’re just driving along. It’s the perfect match of fun, economical, and inexpensive.

There is some competition out there for the this car. It starts at just $25,600, but can be optioned up to just under $30k. The Honda Civic Si is a fun and economical car and has a lower base price. With the Si though, you’re stuck with a front-wheel-drive platform, which just isn’t as much fun. The Hyundai Genesis Coupe is another great rear-wheel-drive car, and for the 2.0 turbo, it starts about the same price. The Genesis coupe isn’t really a drivers car in the way the FR-S is, though. The Genesis is heavier and doesn’t have the steering feel provided by this car. Another popular argument for competition is how much used car you could buy for the price of a new FR-S. You could get a used BMW 330i, which is a fantastic car. You might even be able to find a used Porsche around that price, but that’s a decision you’ll have to make with prestige battling cost of maintenance. 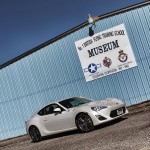 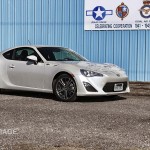 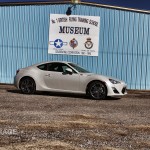 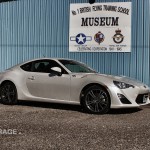 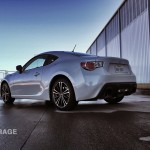 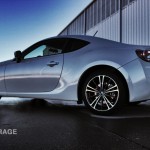 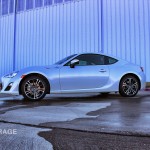 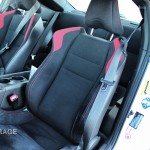 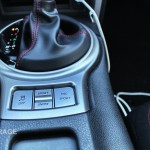 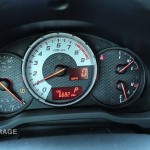 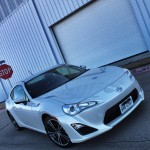 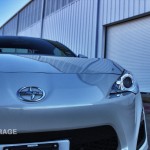 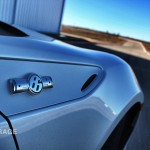 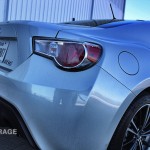 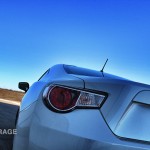 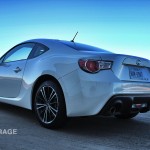 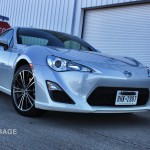 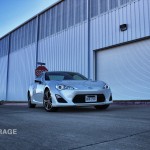 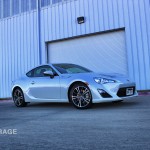 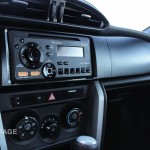