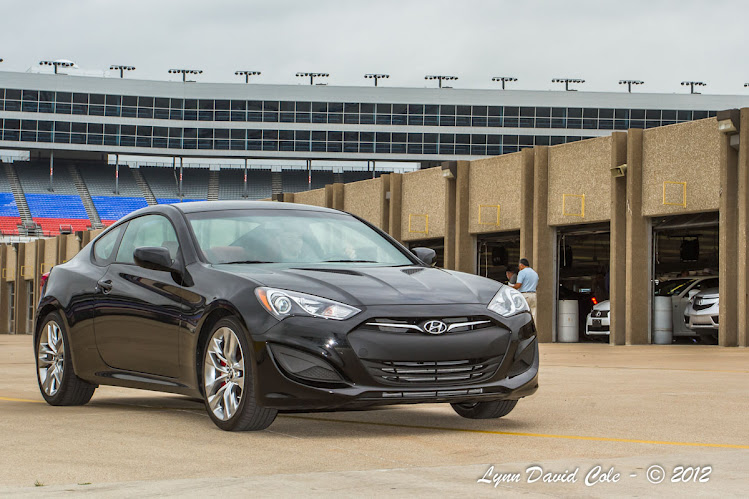 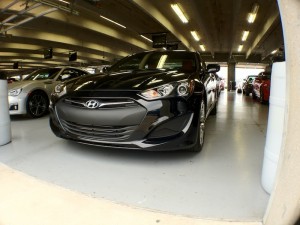 Read any of our reviews on the Hyundai Genesis or almost anything Hyundai and you’ll know we’re big fans here. I actually own a 2010 Genesis Coupe 3.8 Grand Touring, and still love it! When I first saw the new design of the Genesis coupe I was actually a little disappointed.

That was my opinion at first but I’ve actually grown to love the new design. It is an aggressive and bold style and makes the Genesis Coupe really stand out in the grand touring coupe market.

So what about the dive? Well we’re in the 2.0-liter turbocharged Genesis coupe equipped with a 6-speed manual. Both engine options in the 2013’s have received power bumps with the V6 going from 306-hp to 348-hp and the 2.0t from 210-hp to 274-hp. Both are pretty big horsepower bumps and were accomplished using a more sophisticated direct-injection technology. You can really feel the bump too over the previous generation.

On the road you’ll notice the Genesis coupe has good low-down power and it comes pretty directly. The suspension is tuned well as this is not a track spec car. You can easily drive this car everyday even on rougher roads or gravel roads as we see often here in Texas.

On the track you really start to see where the Genesis coupe is let down compared to the all new Scion FR-S and Subaru BRZ, or even the Ford Mustang. I’ll repeat again that the Genesis coupe is more of a GT car over a track car but what really lets it down is in shifting gears. The gear-shifter still feels pretty poor. It’s wobbly and feels cheap. This cheap shifting kills any kind of fun you’d otherwise have on a nice track or twisty road. 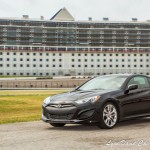 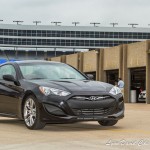 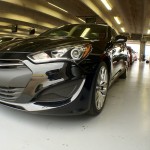 Read more about the .