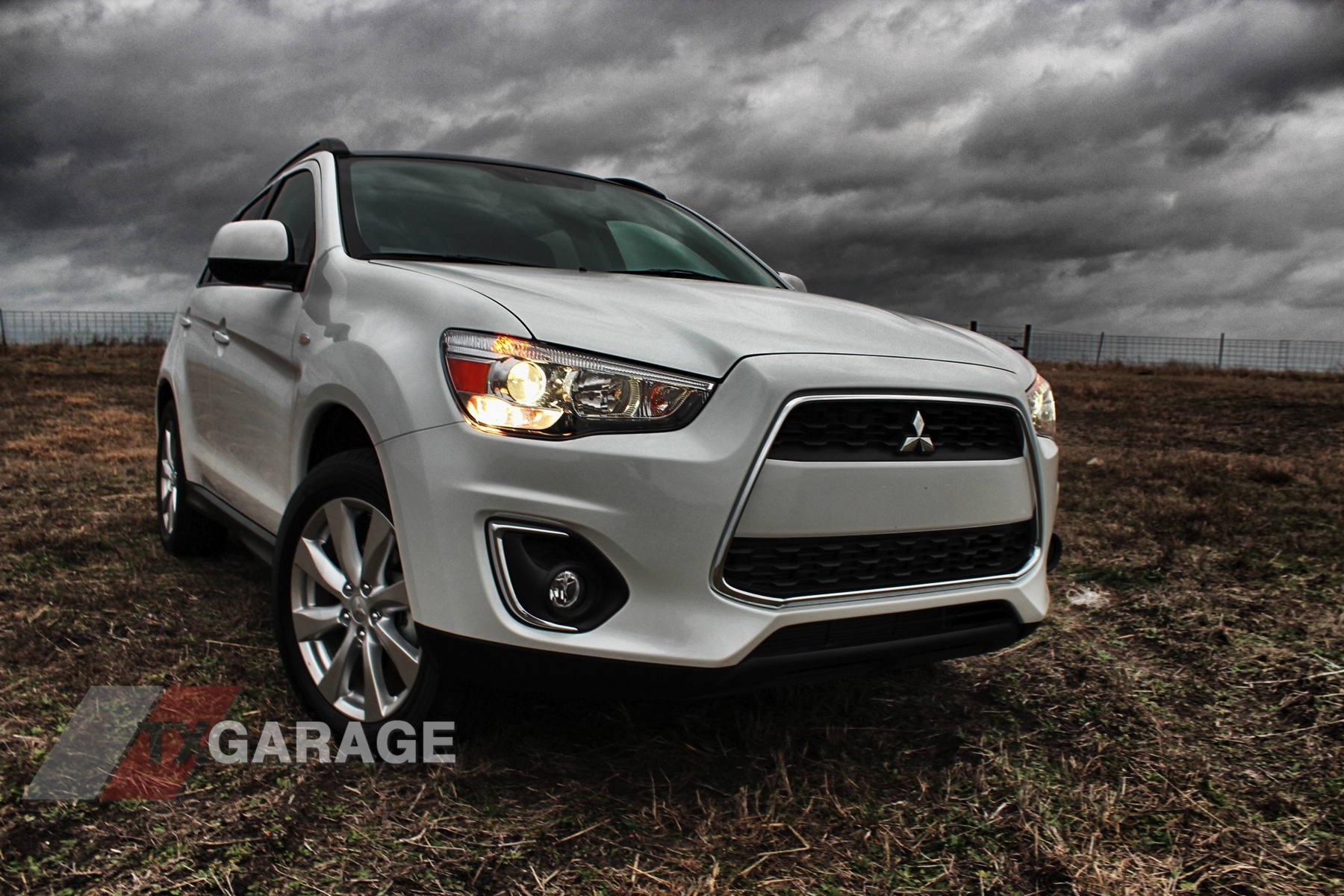 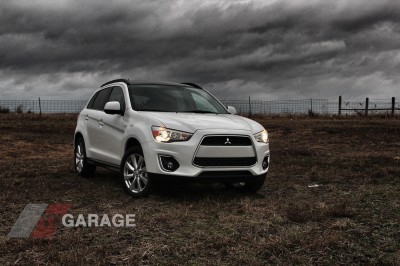 Back in September of 2011, we reviewed the Outlander GT, which is Mitsubishi’s 3-row equivalent to the Sport. We were left impressed with this SUV for its price, being one of the cheaper 3-row SUVs on the market at the time, and for its looks as it take styling cues from the sporty Lancer of that time. Its two years later and the sporty looks of this SUV have only changed slightly and for the better, but we’re really looking forward to seeing if the Sport in its name carries into the driving.

Like I said, the exterior of this car hasn’t changed all that much. You get sporty and slim headlights and the big triangular nose in the front. The cutouts for the fog-lights have changed shape a bit giving the appearance that they are being pulled back and sculpted by speed. Down the side, you’ll notice a much more defined body-line running from the front tire to the taillight. The whole SUV looks like someone grabbed it from the back and pulled it’s skin tighter around the muscular frame, giving it that much more of a sporty and tough look. Adding to this look, our tester was equipped with some eight spoke 18-inch alloy wheels that look as if they were taken right off a sports car.

One of our reservations about the Outlander from 2-years ago was the cheapness and plainness of the interior. It’s since been changed up a little, but is still basically the same. Materials used inside the cabin are hard and plasticy. Still the saving grace for the interior is the paddle shifters behind the steering wheel. I’ve said many times that companies that make products 2 to 3 times the cost could learn a lot from the paddles shifters in Mitsubishi products. They are large and made from magnesium and they feel great on your fingertips. Although being cloth, the seats don’t actually feel to contribute to the cheapness of the interior. They were comfortable and gave decent support and look pretty good.

My first thought on interiors is that if it turns out to be a great sporty car and it’s relatively inexpensive, I don’t mind a cheap and boring interior. Take the Scion FR-S for example. I guess it’s time to determine whether or not the Outlander Sport meets those simple criteria. 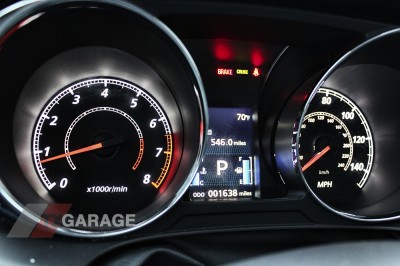 Under the hood is Mitsubishi’s 2.0-liter 4-cylinder engine pushing 148-horsepower and 145-lb.ft. of torque. If those don’t sound like very sporty figures to you, well, we’re right there with you. Making those numbers even worse is the addition of a CVT (continuously variable transmission) matched up with their AWC (all wheel control) system. If you haven’t heard me rant yet about CVTs, let’s just say that I’m not a big fan, especially in a car that should be sporty. Granted the name Sport for this SUV only signifies that it’s a 2-row and not a 3-row like the GT, but if you’re giving your vehicles names like Sport and GT, a consumer would usually associate those both with a sporty product. Not so much here. It’s kind of sad too considering the steering, the paddle shifters, and great all-wheel-drive pedigree that Mitsubishi has. You’ll find yourself so close to that sweet spot going around a turn or tearing through an open field ready to give it the beans and all you get is meager and sluggish acceleration. If they were to throw an engine like the turbocharged 2.0-liter found in the Ralliart in this vehicle, that would be something we’d be more keen on calling a Sport.

What about its price then? I mean, one of the things we enjoyed about the GT from 2-years ago was its competitive price. Well the base price for the Outlander Sport is $19,170 so yes, that’s a great entry level figure. Our all-wheel-drive tester was equipped with the Premium Package which afforded us a panoramic glass roof with LED illumination, black roof rails, a 710 watt Rockford Fosgate Punch premium sound system with 9-speakers including the 10-inch subwoofer, and a rearview camera system. That package added $2,050. Then we also had the navigation system with a 40-gigabyte onboard hard drive that added another $2,000 to the price tag, putting our total vehicle MSRP at $28,570. That’s still not a bad price considering, but you also have to remember we’re in cloth seats with cheap interior despite opting for a “Premium” ride. In contrast, spending the same amount of money on a Hyundai Tucson or Kia Sportage with AWD gets you a much nicer interior and more horsepower to push you around. You might also look at the all-new 2013 Ford Escape which gives you great looks, an excellent interior, and when optioned right, can be quite sporty itself. You also have the new Mazda CX-5 in the mix which looks great, is fun to drive, and gets great fuel economy with Mazda’s SkyActiv technology.

I think the Outlander Sport still has a place as a respected all-terrain and entry-level SUV for young and sporty consumers, but that means Mitsubishi needs to step it up on the sportiness. Unfortunately, the company has recently been more focused on electrifying their lineup with the i-MiEV and it seems that they’ve lost focus on more sporty offerings. We’ll have to see how the company does and see if their electric car gamble pays off, or if they’ll eventually go the way of Suzuki in the U.S. 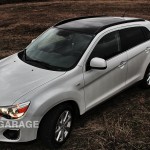 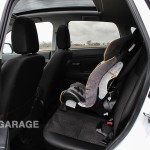 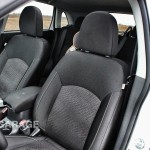 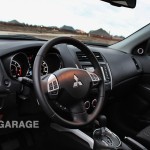 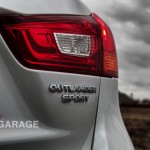 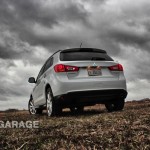 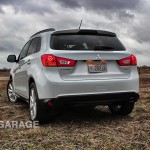 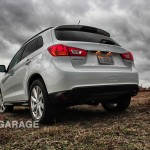 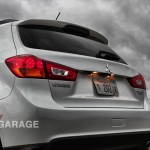 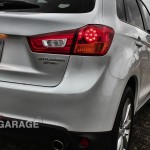 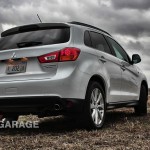 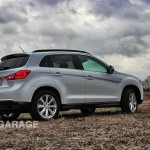 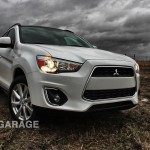 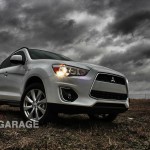 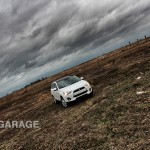 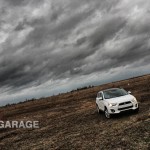 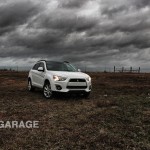 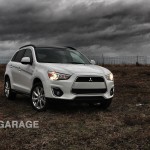 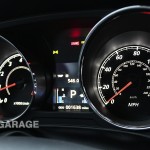 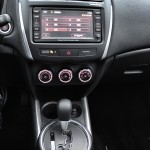 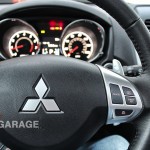