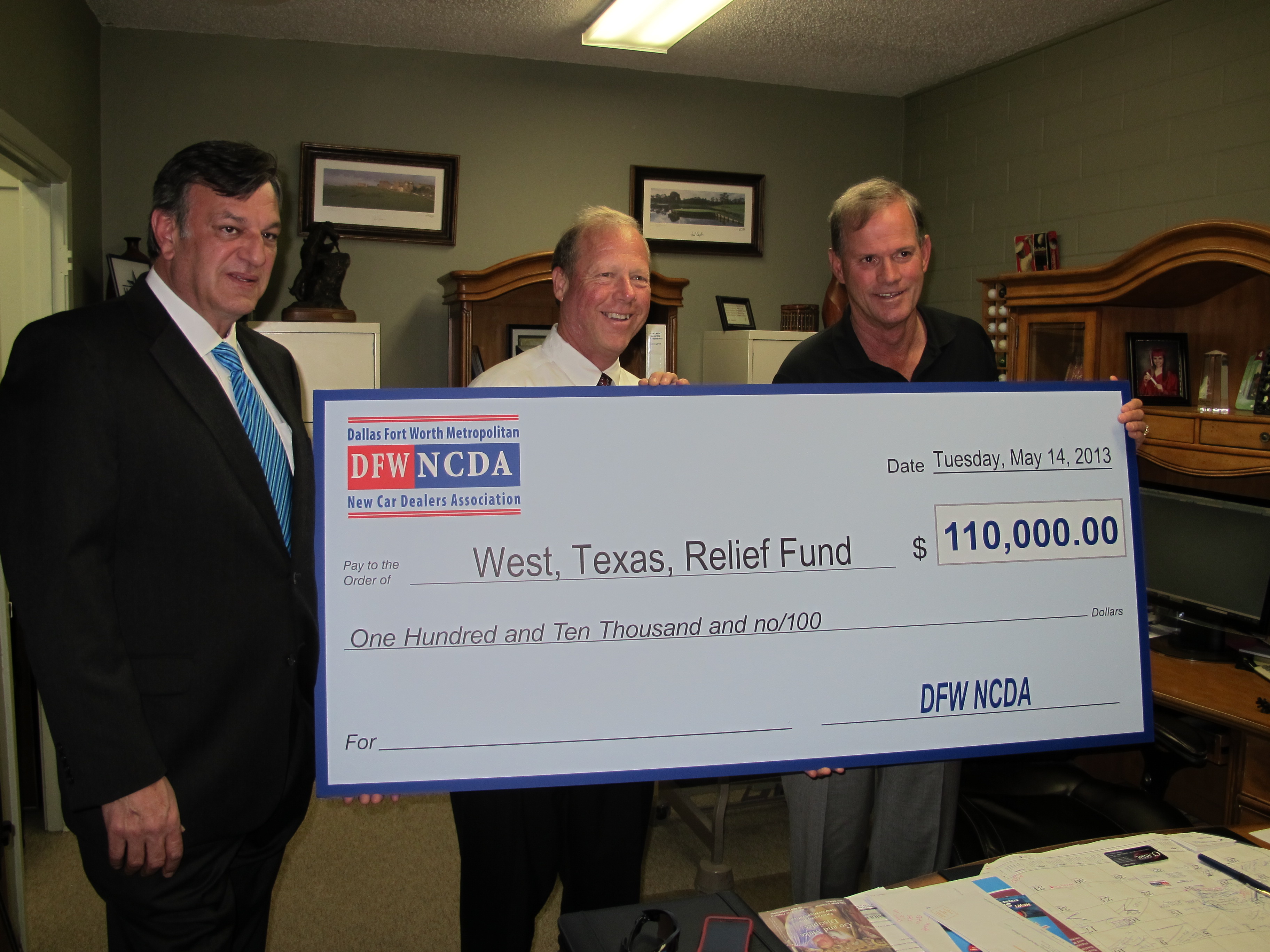 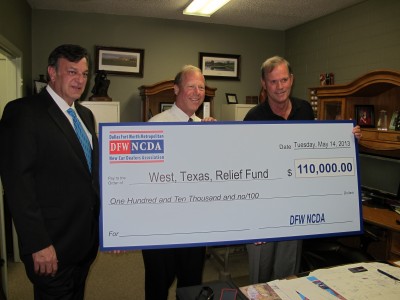 “The DFW NCDA and its dealer members extend its deepest sympathies to all those who were affected by the tragedy in West, Texas,” Durant said. “Lives have been lost, dozens of homes have been destroyed, schools and a nursing home were heavily damaged, and many families have been displaced, so it is going to take a long time for these folks to rebuild their lives and their community. Hopefully this money will assist them in this long journey.”

In addition to money donated by the dealerships, company employees made personal donations as well.

“It was very heartwarming to see checks from individuals in addition to those from the dealerships. It is obvious that Texans from all over the state have been touched by the stories they have heard about their neighbors in West and want to do all they can to help. It is truly the Texan way,” Durant added.

According to Mayor Muska, approximately $1.8 million has already been raised for the City of West and that careful consideration will be taken as to where the DFW NCDA’s donation will be spent, which will likely include scholarship programs.

“It is a pleasure and an honor to have you (DFW NCDA) here in West today. I have always been a firm believer on what it means to give back to a community, and these people in West really deserve this money. Please know that this money will be used for people who really need it,” Mayor Muska added.