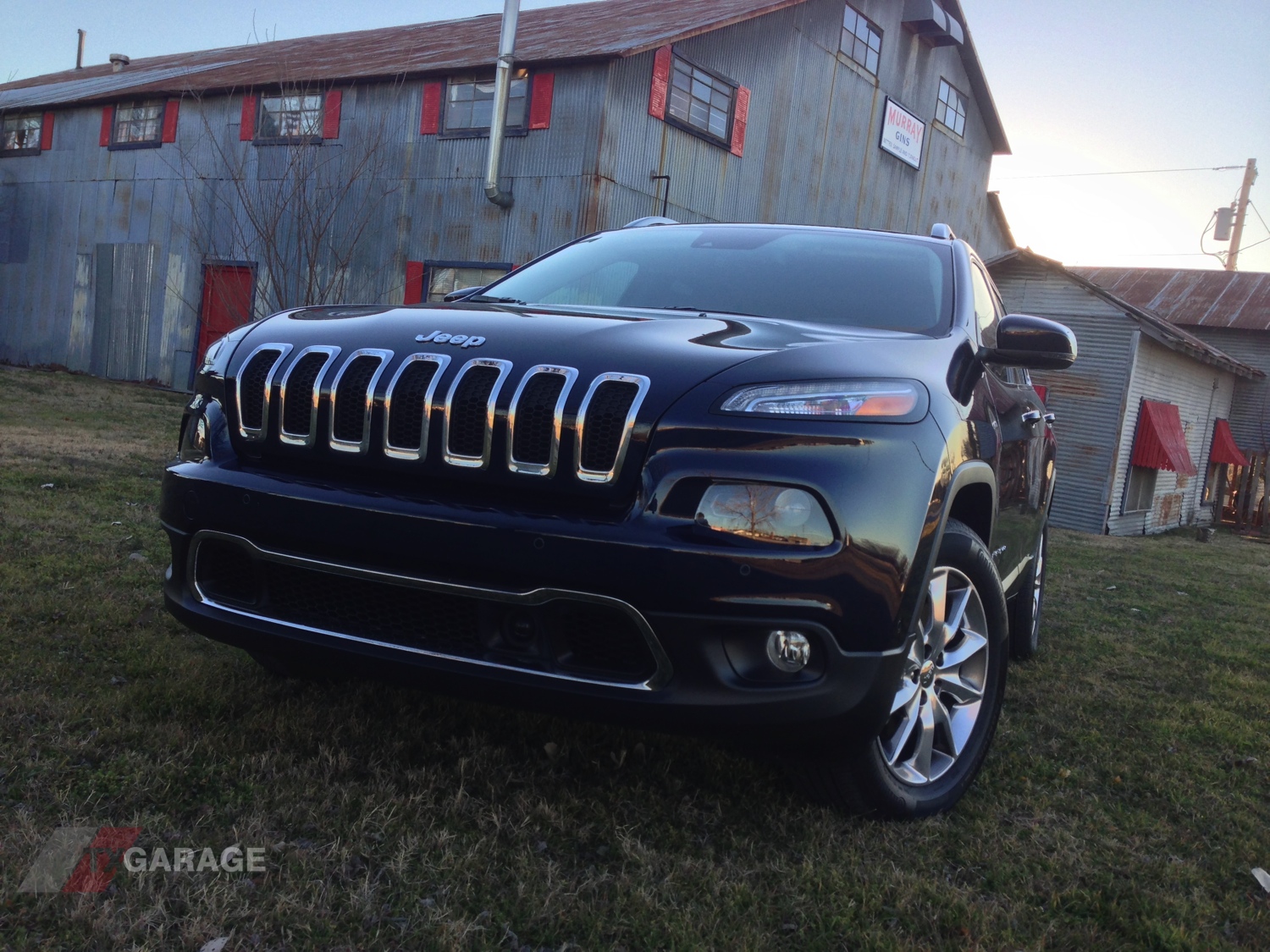 The first time Jeep showed off the new Cherokee, I’ll have to admit, I was a little confused and more than a little disappointed. I thought they had gone too crazy with the styling. The Grand Cherokee is such a good looking vehicle, why not just stick to that formula? Then I heard they would be basing this new vehicle on the chassis of the Dodge Dart. Haven’t they learned anything from the Patriot? A Jeep needs to be more than a badge and a grille; it needs to be an all-around great vehicle on and off-road. I got my first in person look at this SUV at our annual Texas Auto Roundup in the spring of 2013. After seeing it in person, the looks actually started to grow on me. Fast forward to the fall of that year, where Chrysler had a bunch of us out in California to drive some new Ram trucks, we had the opportunity to talk to some people who got to drive it. Chrysler also had some of these Cherokee’s setup for a few media to get their hands on early. While I wasn’t on that list, some of my close colleagues were and they were pretty impressed with the off-road capabilities of the Cherokee. Now we’re in January of 2014 and I’ve got my own hands on one for a week, so now it’s time for me to jump in and see what’s really up!

The good news is that the looks have really grown on me. It looks sleek, modern, and muscular, which are all good traits for a Jeep driver. Of course you get the iconic Jeep grille up front, but it wraps up and back into the hood. You get three lamps up front starting with a very thin and sleek daytime running lamp at the top. Your next step down is the actual headlight that is almost hidden in the front bumper. Another few inches below that, you have fog lights in the lower part of the bumper. It’s a strange setup for sure, but it really works with this compact SUV. Around the side, the wheel arches have a squared-off look and there’s plenty of clearance there to suggest that this could be an off-roader. Around the back, the Cherokee is less bold but still sleek looking with small and thin LED taillamps.

Inside the new Cherokee is what really started making my mind up on this Jeep. From the first moments sitting down, I got a great sense of luxury and refinement that you really don’t expect. I was treated to Limited trimmed vehicle equipped with Nappa leather in a color combination Jeep calls Vesuvio. It’s a Jeep Brown and Indigo Blue two-tone interior. The seats were good looking, but they were also comfortable and equipped with heated and cooled options – which cooled seats happen to be my new favorite option on new vehicles.

The comfort and luxury doesn’t stop with the seats, though. The steering wheel was also leather wrapped, thick, and very comfortable to the hands. It’s covered in a slew of buttons giving the driver ultimate control over the vehicle. Included in the controls is one of my favorite new features of the cruise control system, and that’s the radar-guided cruise control. This is a great feature that is still hard to come across on even more expensive and luxurious brands. Basically you can set your cruise control and set a comfortable distance and the with radar the vehicle will remain that designated distance from the car in front of you. So if the car in front slows down, you slow down. It’s great for long road trips like our trip from Dallas to Houston.

The Cherokee’s infotainment system consists of an 8.4-inch touchscreen display with Uconnect. The Uconnect system is quickly becoming one of the best in the business as we’ve played with it in the new Ram and other Chrysler vehicles. All of your options are laid out well and are easy to find and navigate. All of the inner menus consist of great interfaces that focus on usability and user interaction. It also helps to have the bigger display as it gives the system more real estate. My only complaint is with the navigation system. It’s worked beautifully for me before in the Ram and other vehicles, but while in Houston and trying to rush out before rush-hour traffic began, the system seemed to be lost and couldn’t calculate our destination address with voice commands.

More fancy technology and a large LCD screen can also be found in the instrument cluster. This vehicle offers an all new, high-definition cluster that is customizable. It also has a really user-focused and user-friendly interface. Here you can see the normal stuff like your speed, but you can also get information like your tire pressure per wheel or what traction mode is selected.

There are 2 engine options in this vehicle with its base engine being Chryslers 2.4-liter Tigershark 4-cylinder engine matched up with a 9-speed automatic transmission. While you only get 184-horsepower and 171-lbs-ft of torque with this engine choice, you can achieve up to 31-mpg with a driving range of 495-miles to a tank. If you’re using this vehicle as a grocery getter or driving the kids to baseball practice, as most of these will be used, then this engine option is probably optimal for you. On the other hand, the engine under the hood of our tester was the 3.2-liter Pentastar V6 and 9-speed transmission. This option will give you a healthy 271-hp and 239-lbs-ft of torque. It boasts a Best-in-Class tow rating with a capacity of up to 4,500-lbs. This is the engine you want if you’re planning on having some real fun with your Cherokee. It has plenty of grunt to rocket you around the highways or climb up a 35-degree hill as was demonstrated to us at Jeep’s setup at the Houston Auto Show.

Yes, this is a real Jeep and you get some selectable traction control settings. Pick from auto, snow, sport, sand/mud, and rock to get the best traction for the environment in which you’re driving. During our testing, we really only got to utilize and test out two of these modes; sport and sand/mud. The sport mode really does make a difference. Engage sport and you’ll immediately recognize the quicker acceleration and tighter steering. You’ll also notice a louder exhaust note that sounds pretty good from this crossover SUV. The sport mode is perfect for traversing city streets and avoiding traffic. It really makes the Cherokee feel more nimble and able around town. In sand/mud mode, you’re able to feel the traction control keeping you in check as you speed down a slippery field. Not many owners will engage these extra modes, but I say go for it. You bought a Jeep for crying out loud!

So after a long week with this fun and capable SUV, it was pretty apparent why it was named “Compact SUV of Texas” during last year’s Texas Truck Rodeo. It doesn’t matter if you have a family and need the extra room, or if you’re young and looking for something better than the norm, the Cherokee delivers. Our tester had a total MSRP of $37,425 which is a pretty high sticker for this segment. If you look at the base price for a Sport model, though, you can jump into this vehicle for just under $25k. However, if you have the extra money and you’re looking for something you’ll truly enjoy, pony up the cash for the Limited or Trailhawk models. You won’t regret it.