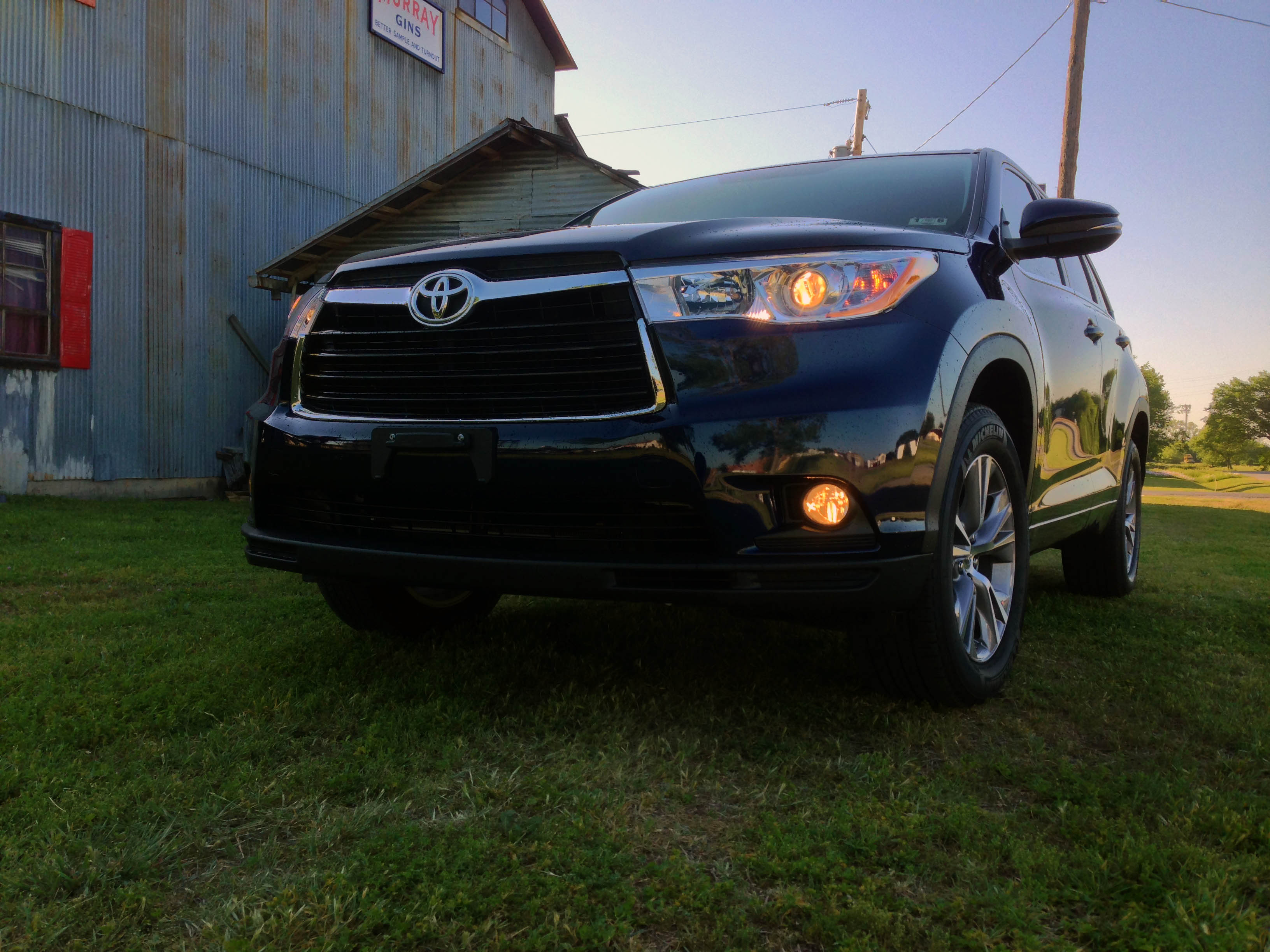 The midsize-crossover market is a crowded and important place in the U.S. Every manufacturer that sells here needs to have a good mid-sized sedan and mid-sized crossover to be competitive. The vehicle that started the trend of a car-based mid-sized SUV was the Toyota Highlander being built on the Camry platform for its first generation, which came out in January 2001. Since that time, the Highlander has grown up, which we’ll get into, but it now has competition from basically every manufacturer, most notably the Ford Explorer, Nissan Pathfinder, Chevrolet Traverse, and the list goes on.

So what do you do for the third-generation of a vehicle that started a trend? Well, make it bigger, of course. The new Highlander is now 191.1-inches long, on a 109.8-inch wheelbase, which is a stretch of 3-inches over the previous gen. It has also been made wider by a half inch and now features an 8-passenger seating configuration over the previous 7. Although this new generation is longer and a bit wider, it still falls short compared to notable competitors like the Nissan Pathfinder and Ford Explorer.

For its 3rd go around, this once large wagon-like crossover has gone full crossover, bringing it more in line with the looks of the competition today. Just because the overall profile and dimensions of the new Highlander are brought closer to others in the market doesn’t mean Toyota didn’t want this vehicle to stand out from the crowd. It has very cool front-end, taking cues from the new design direction of the Corolla and I even see some FR-S inspiration hidden in there. 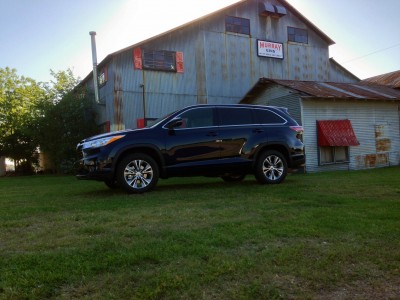 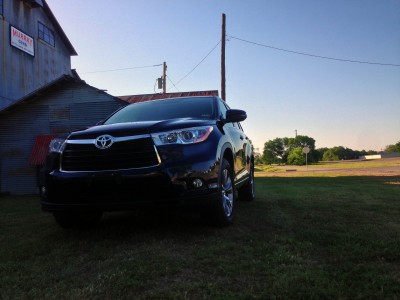 You get a big, rounded, and wide open grille with sleek headlights that wrap around the body making the front-end of this large vehicle look very sleek and sporty. Around the side are muscular wheel arches to break up this crossover’s girth. Around the back, you have a more raked rear windshield with sleek taillights that wrap from the sides of the vehicle back into the liftgate.

Taking a look inside this redesigned crossover, you’ll see an interior inspired by the new RAV4 taking away any SUV-ness and bringing in more car-like refinement. This is one area where the previous generations have failed in my opinion. I’ve never been a fan of the big plastic interiors of old and the Highlander has taken longer than most to give their interiors a good makeover. Consider it mission accomplished today, though, as the interior has been brought up to date.

As I mentioned before, you now have an eight-seat configuration with a sliding second-row for access to the rear. They’ve also added soft-touch materials where they were needed to break up any large plastic areas. They’ve also packed in new tech like lane-departure warning, pre-collision warning, and a blind spot monitoring system. Bluetooth connectivity and HD Radio have become standard features on all trims in the U.S., as well as Toyota’s Entune multimedia system controlled through a 6.1-inch touchscreen display. You can also upgrade to an 8-inch touchscreen like the one in our test vehicle.

Under the hood, like in many Toyota updates, you’re stuck with legacy powertrains from the previous generation. The base setup is a 2.7-liter 4-cylinder engine matched up to a 6-speed automatic transmission and front-wheel drive. Our test vehicle was equipped with the 3.5-liter V6-engine matched up with a 6-speed automatic which is offered in both front-wheel and all-wheel drive. Of course, this being Toyota, no model would be complete without a hybrid option. The Highlander’s hybrid is offered only with all-wheel drive and has the 3.5-liter V6 matched up to an eCVT.

The V6 we were in packed a 270-horsepower punch which was adequate for everyday driving, although I wouldn’t hook up a big trailer and expect great performance. This setup with AWD is rated by the EPA at 18-mpg city and 24-mpg highway. During our week of testing, we averaged a reasonable 19.2-mpg overall.

Overall, I really enjoyed hauling my family around in this new Highlander. Its driving dynamics are good and it’s comfortable on long trips. The interior is now up to par with other vehicles on the market these days, and the looks are sporty and hip, so what’s not to like? It’s also a good value with a base price of just $29,215 and our packed out model at just $46,275 is very comparable with its competition. A few years ago when I was looking at 3-row SUVs for my family, the Highlander quickly fell off my list, but if I was still in the market today, it would probably be in my top 3 alongside the Ford Explorer and Hyundai Santa Fe. 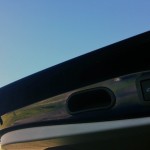 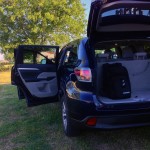 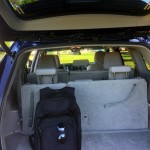 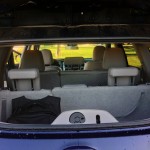 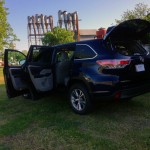 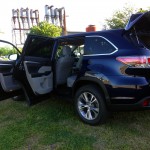 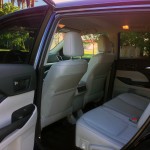 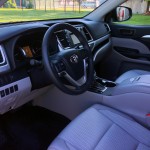 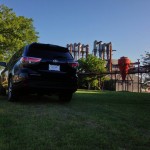 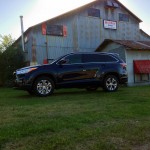 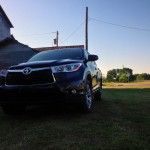 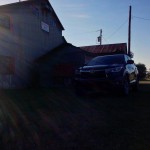 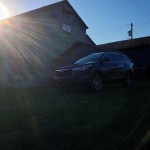 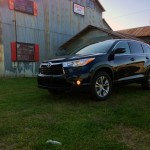 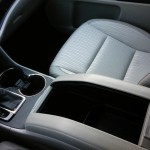 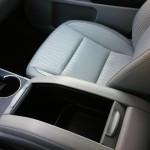 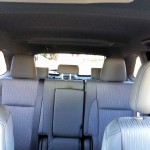 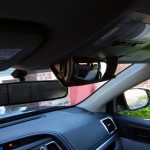 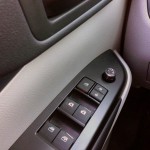 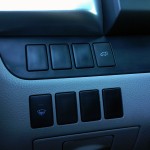 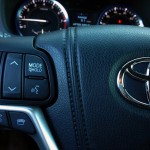 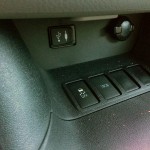 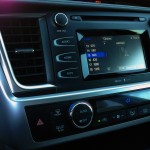 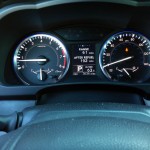 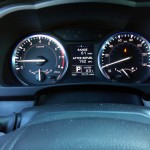