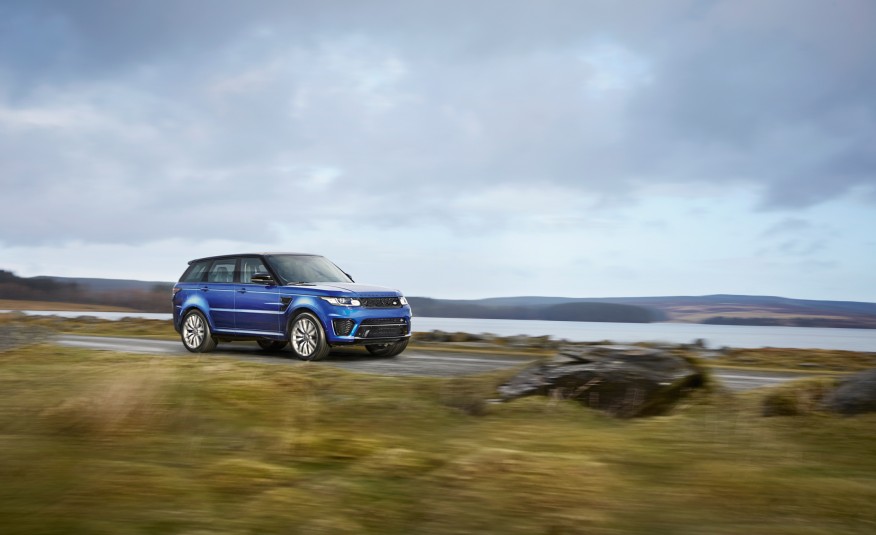 A lthough not the first to notice, it’s worth repeating: We live in a time of increased compression. And this goes beyond the compression of schedules or the compromises inherent in our work/life balance. Regrettably, this ‘compress’ goes to the very crux of how we as a society conduct ourselves while managing schedules and balancing lives. As this is written I’m the owner of six bicycles, only one of which I can ride at any one time. And I firmly believe, at some base level, I’d be happier if I could replace all six with just one do-everything bike, offering enough performance and responsiveness for the road, along with enough off-road capability to not sweat it when (inevitably) the road ends and my appetite for riding doesn’t. Bicycle makers, offering ‘cross bikes and what they more recently term gravel grinders, are getting it. And with a vehicle such as its Range Rover Sport (especially in SVR trim) Land Rover gets it – and has been since its launch of the first Range Rover some forty-five years ago.

In the Land Rover/Range Rover family, the Range Rover Sport occupies the slot immediately south of the top-of-the-lineup Range Rover, while well north of the Discovery Sport, Range Rover Evoque and Land Rover LR4. If the full-tilt Range Rover  – especially in Autobiography trim – is the Queen, then the Sport is Princess Kate, while the Sport SVR is Prince Hairy. Coupling 550 supercharged horses and 502 lb-ft of torque to a platform weighing roughly 5,000 pounds won’t worry your neighbor in his or her GT3, but it will start the Lexus owners talking and their Portugese Water Dogs barking. The SVR then, within the context of its two-box, still-upright design is to the stately Range Rover what Queen’s Freddie Mercury was, well, to the Queen.

There is, of course, more to Range Rover’s Sport than simply base horsepower. Within the Sport’s 115 inches of wheelbase and 192-inch overall length there is perhaps more pure engineering than Hank Ford could have said grace over.  Under the hood is a supercharged V8 with its aforementioned capability, while under your (figurative) feet is Land Rover’s Terrain Response 2, which automatically optimizes the drive settings for existing conditions. (If it were a political campaign, Terrain Response 2 would be a campaign adviser. And Donald Trump wouldn’t have one – or wouldn’t listen to him or her if he did.) 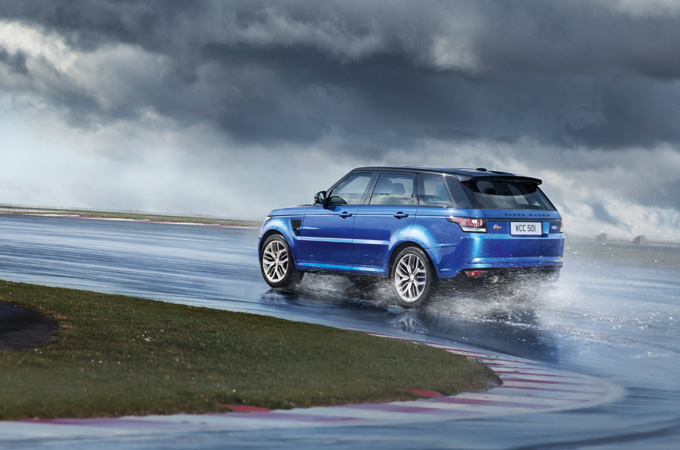 Dynamic driving in any weather.

In addition to Terrain Response 2 and its numerous benefits in rain or on snow or sand, our SVR enjoys Dynamic Response mode, which serves to tighten the Sport’s driving dynamics even further. At no time does the Range Rover Sport feel flabby or flaccid, but Dynamic Response minimizes body roll, seems to enhance throttle tip-in, and produces an exhaust ‘burble’ that is to die for. They should call it Drive-in Dynamic Response…

Behind the wheel, you’ll find ample attention paid to ergonomics, outward visibility and seating comfort. Given its SVR spec don’t expect an abundance of overstuffed luxury, but you will enjoy ample lateral support, a wide range of adjustment and adequate room for you and three overstuffed (and probably overpaid) associates.

On road, you have a 0-60 time of around five seconds combined with a top end (think West Texas – but only if you know a county judge) of 160. And you can do this while safely transporting from five to (an optional seven) people. You can still troll the dirt (perhaps even hop boulders) with an adjustable air suspension supplying almost eleven inches of off-road clearance, in combination with the Sport’s shortish overhangs front and rear. Although we didn’t have a chance to test it in Boulder – or find a boulder – in our week with this rangish Rover, we were present when the first gen was launched in and around Moab. And what this thing will do with single purpose, high performance rubber is nothing short of amazing. It is, as Car Magazine notes in its September issue, the 365-Days-A-Year supercar. If you remember the U.S. Postal Service’s mantra (neither snow nor rain nor heat nor gloom of night) and want to play Post Office, this is arguably the most competent platform with which to do it. 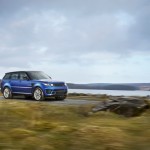 Dynamic driving in any weather. 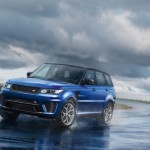 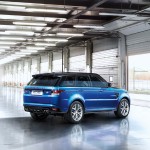 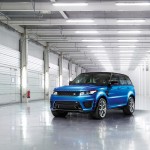 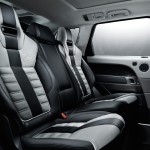