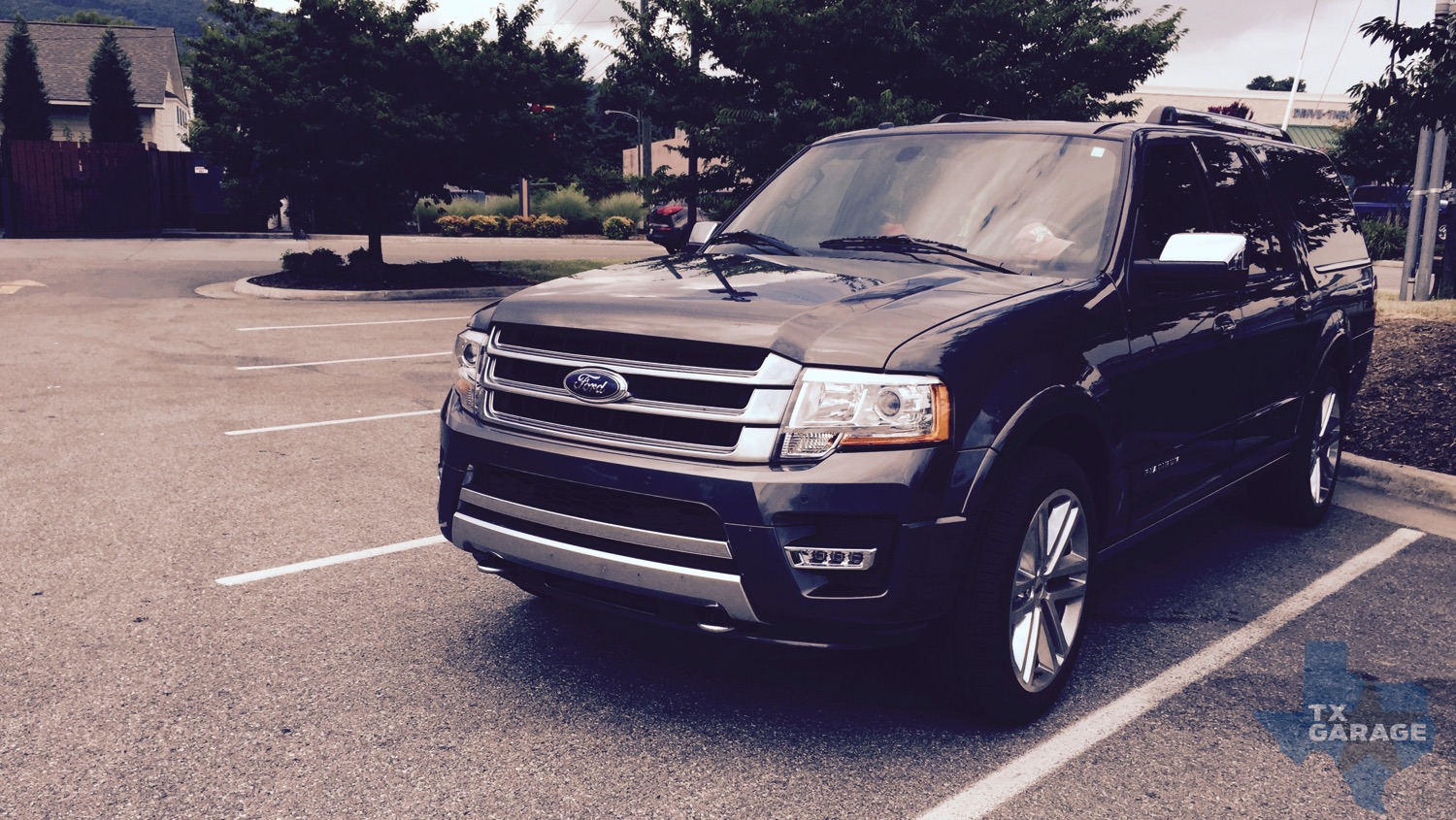 There was once a time in America when we’d pack our families into massive steel chariots with big V8 engines and make our way across the vastness of the United States. This had a great impact, as a family became exposed to new scenery, cultures, and foods along the way. Of course, now when planning a trip we budget airfare, hop on a plane and bypass the country and family time afforded by making the drive. Sure, it’s more convenient and much quicker to fly but I’d argue that there is so much more to see out there in this country than airport to airport and big city to big city.

Every year we try and plan a family vacation. When I was a kid we didn’t go on that many trips, but the few that we did have always stuck with me. I want the same experience for my kids; plus I like seeing the country and going to new places as well. For the past two years, we’ve packed up the family in various vehicles (courtesy of txGarage) and made our way down to the coast of Texas. Last year we even made a stop in San Antonio for a day before heading to Port Aransas for three. You can find out more about that trip and the GMC Yukon Denali XL we drove here.

This year it was time to mix it up, so we started looking and discussing where to go. We love the beach, so naturally we thought about heading to Florida and checking out a beach there. We discussed turning west and heading to California. Could we make it all the way to New York? While all sounded great (and will probably be future trips), once the idea of driving to Washington D.C. got in our heads that was it. My wife and I both love history and love this country and who doesn’t want to see their nation’s capital? The kids loved the idea as well. They were excited to see the monuments (which they have only seen in textbooks at school or on TV).They were also excited about the Smithsonian, thanks to the movie Night at the Museum.

So that’s it; the destination selected, now to figure out a route and see what we can do about transportation. Of course, this is the part where my family and I are extremely lucky. Running a successful automotive publication gives you some perks; as mentioned, last year we traveled through Texas in the new GMC Yukon Denali XL, the year before that a new Chevrolet Traverse. This year I first reached out to Ford because I really like the new Expedition and wanted to really put it to the ultimate test. Our friends at Ford loved the idea and very quickly scheduled us in a 2015 Expedition EL Platinum. Check out what we thought about this vehicle by continuing to read here; if inclined, check out my write-up on our trip over at Medium.com. 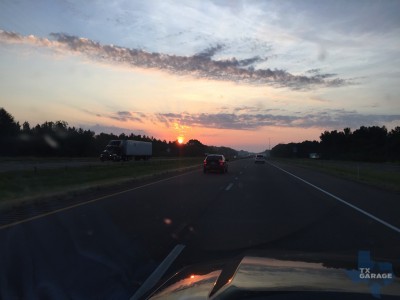 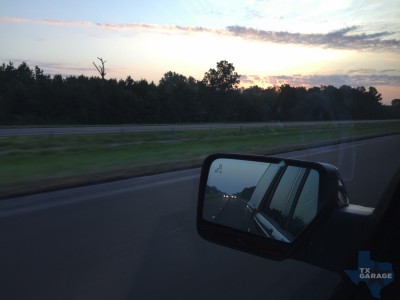 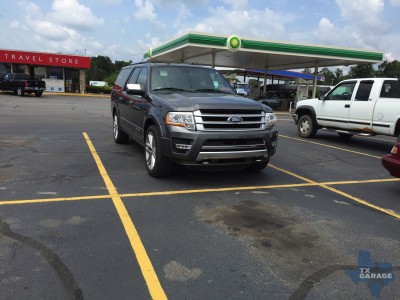 The Expedition did a great job handling the 2,729-miles we threw at it. This big SUV always felt smooth running down some pretty bad stretches of highway and when we were driving through the city, even one as crowded and busy as D.C., it kept its composure quite well. With an EcoBoost, twin-turbo 3.5-liter V6 under the hood pushing 365-horsepower and a massive 420-ft.lbs. of torque, this really makes the Expedition get up and go. If you needed to gun it to get around a slow, big truck, this powerplant could kick into action and handle it with ease, even while loaded down.

Although you’re getting V8-type power you still get pretty decent fuel economy. In EL-trim and with 4-wheel drive the EPA averages are 14-mpg city and 20-mpg highway. During our trip, we averaged 20.3-mpg with mostly highway driving but lots of elevation changes while running through Tennessee and Virginia. It’s not just the fuel economy, either; the fuel tank is 33.5-gallons. This means you can push up to or over 600-miles on one tank.

There were a few key pieces of technology that also helped make the drive easier in such a large vehicle. The Expedition is packed with sensors and radars and has a great backup camera. When you’re parking in a tight parking garage, using the visuals from the backup camera and from sensors on every corner telling you how close you are to objects around you, the Expedition is there to assist. If you’re heading down the road and you have the back completely full obstructing your view, the blind spot monitors could save your life.

When we told Ford we needed a vehicle to make a trip like this, they knew there was only one vehicle in their fleet that would suffice. With seating for 7-passengers, 168.3 cubic feet of passenger space and 42.6 cu. ft. of cargo space behind the 3rd row; the Expedition EL is massive. We were easily able to fit our luggage for the week long trip, along with six people, into the vehicle without any problems. 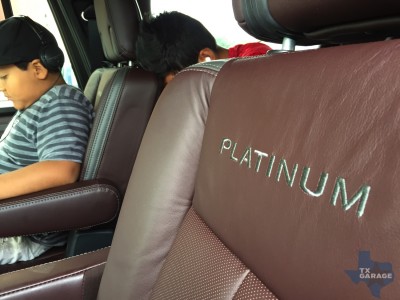 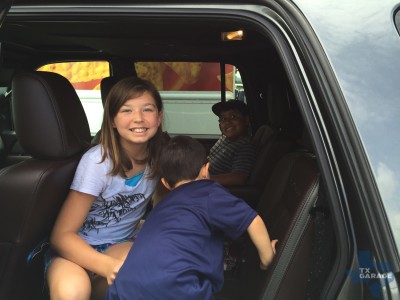 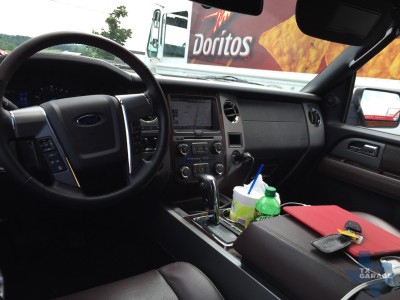 If you’ve traveled with kids this trip may sound like a really bad idea but the Expedition has lots of room, allowing them all to be comfortable. It also has a full 110w plug allowing them to keep their iPads fully charged. As for keeping the driver comfortable you have a 10-way power adjustable seat with power adjustable steering wheel and pedals. The seats are also covered in premium leather and can be heated or cooled. Once you’re comfortable behind the wheel, the Expedition’s suspension and steering make for a comfortable ride allowing you to knock out the miles with ease.

I’ve discussed what’s great about this vehicle, including size, comfort, technology, power, and economy, but of course, it’s not without flaws. One big feature that I was constantly wishing I had was radar-guided cruise control. It’s not a feature you think a lot about in day-to-day driving but anytime you’re on a road trip and using your cruise, it’s a great feature. If you’ve used it, then went back to not having it you’ll know my pain. Another feature I would have liked to have is the 360-camera like the one in the new F-150. The sensors around the vehicle help but there’s nothing like having a full 360 view around the vehicle to help you get in and out of tight spaces. Another piece of technology we didn’t have was the dual-headrest DVD system. This, of course, is offered as a $2,000 extra, but our vehicle was a Platinum trim with a $68,500 MSRP.

That brings us to the all-important discussion of cost. You can get a base Expedition XLT for just $46,130; which is a great price. Jumping all the way up to a Platinum EL you’ll be paying at least $63,680 and like we already mentioned adding a few options on top of that pushes you up to $70k. This is still more attainable than its GM counterparts but the people who need these vehicles the most are the ones that most likely can’t afford prices like those. I ended up really liking this vehicle and in the coming years, I’ll actually be looking at one for my family. Whether we find a used one or try and lease one is TBD, but we definitely won’t be able to buy one new.

Be sure to head on over to
Medium and read my write-up on the road trip! 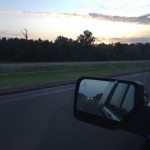 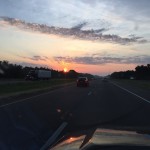 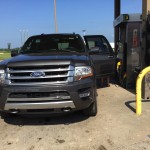 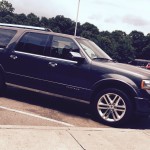 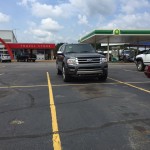 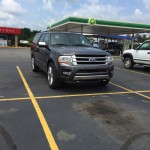 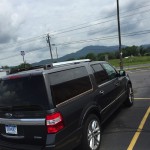 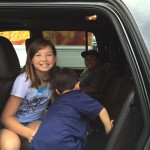 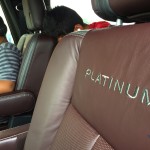 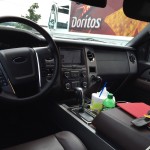 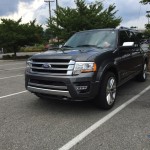 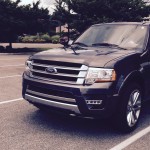 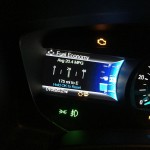 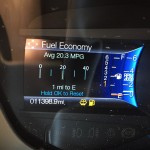 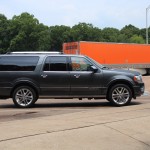 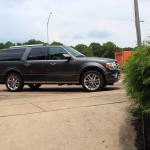