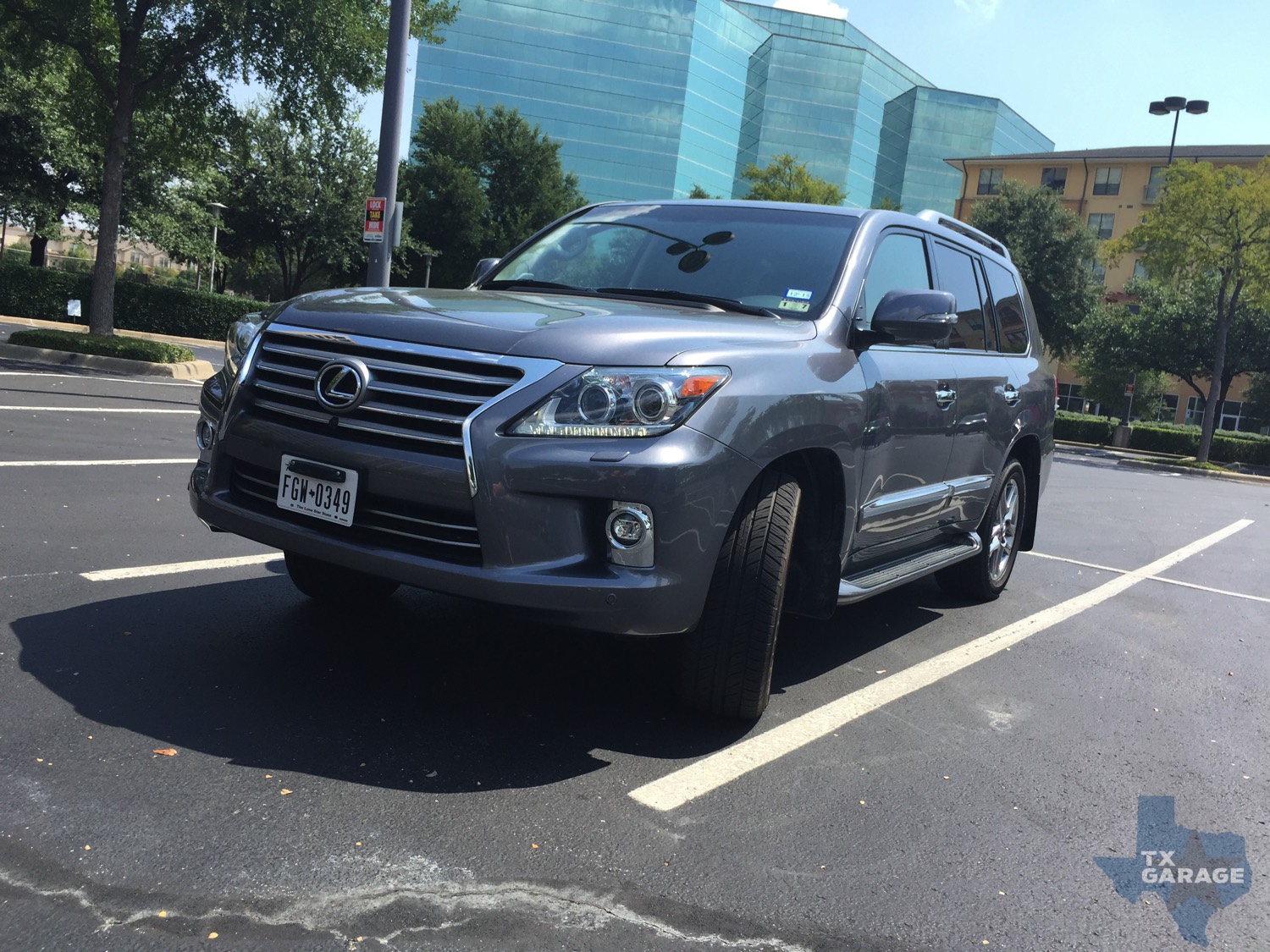 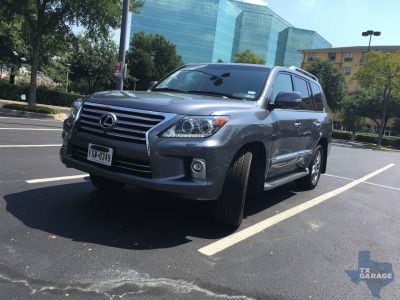 As many of you know Adam, txGarage Publisher and my really good friend, takes a trip every year with his family. They usually always take a road trip and drive a vehicle for a review and see what it’s like. Well, as I have been writing I couldn’t wait because I too wanted to take a family trip. Now that my son, Luke, is a bit older (19 months at the time of our trip) my wife and I decided we were ready to take on our very first Family Vacation! This was exciting, and also a very new venture for us. Thankfully, the good people at Lexus hooked us up with a 2015 Lexus LX 570! I know you’re thinking, AWESOME because that’s what I said. So here’s a look at our time with the LX 570 for 10 days on our vacation to Gulf Shores, AL.

First, let’s talk about looks. When you roll up, anywhere in this beast, you’re turning heads. I don’t know if you heard the news about the exciting 2016 redesign model coming out, but this 2015 model was no slouch. Our model had the swooping but bulky front end with an overall soft corner box feel. One thing you knew about this vehicle from any aspect was, it had room. This flagship of an SUV for Lexus has not only served the brand well but the owners have a sense of pride when driving one. I know for the 10 days we drove ours, I could tell how much work this opulent sport-utility vehicle could handle. The exterior exudes luxury, to the point that I didn’t want to put it to the test of what I know it’s more than capable of doing.

Interior-wise, I can’t wait to see what the 2016 model will bring. I felt the interior, although luxurious and spacious, it was overdue for an update. As a matter a fact, it was hard to believe it was a 2015 model, because the infotainment system seemed a bit dated, with bulky gradients. Actually the whole dash, was rather bulky, and not as refined as you might hope in a luxury SUV. All that isn’t to say this car isn’t worth talking about. There’s plenty of perks, like the console in our model had a cooled console where you could stick drinks. Since our son is only 19 months, we took this opportunity to try this feature out, more than once. We stored his milk and apple juice in here, it was great. As you’re looking at the dash and center console, you will notice a lack of space to stick things. Such as, on any road trip I like to have everything out of my pockets and I usually utilize the console for this. But since we had it stuffed with drinks, we were low on storage space. So if it were me, I would opt out of this luxury package – not for the sake of saving money but to have more storage space. 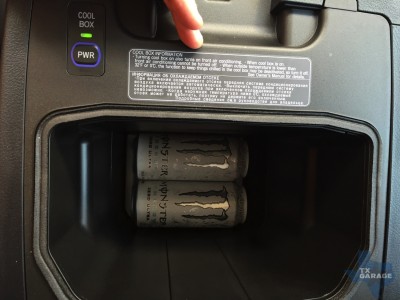 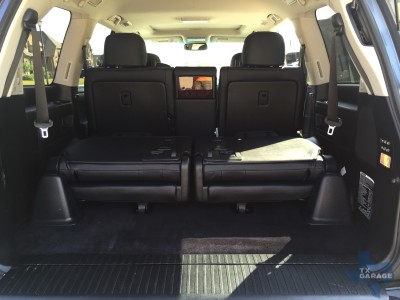 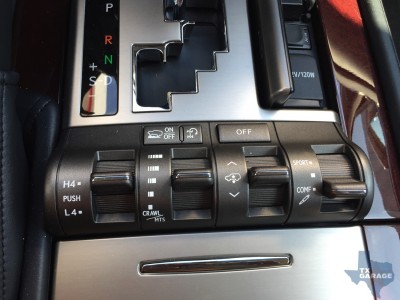 Other than slightly outdated, interior (which looks like Lexus solved this issue with the 2016 model) it had more than enough room elsewhere. The 7 passenger seating in our model, cooled / heated seats in front and heated seats in back, DVD system, rear seats that lower with controls were all great and tested as much as we could with the trip. Our trip consisted of using the dvd system. Not only because it was our first time using one, but it was our first family trip so I brought Teenage Mutant Ninja Turtle (the old one) for our son in case he got fussy on the 10+ hour trip. I’m extremely glad I did! The hard part though, especially with having a 19 month old who doesn’t know how to use the remote ‘correctly’, and because of safety concerns my wife couldn’t get a movie set up mid route. We had to stop, get in the back because the remote would only control monitors if you were in the back seat because of proximity / rf sensor. So that was the only pain, but I bet some part of that has been solved by now. I hope.

The leather seats were a dream to ride on for 10 hours and the cooled seats worked just right, not too cold.

That’s interior and exterior – Here’s what I hope gets solved with the next generation:

Overall, myself and family were impressed with this ride. The sticker price was my only real shock but knowing what you get for it, I guess you wouldn’t mind having that Lexus badge riding up front – our model rang it at $90,720. As someone who loves the Toyota family, I would almost snag one of these if I had a reason but I am more into trucks anyways. Plus the trucks are built right here in Texas. With a rated 7,000-lb. towing capacity, welded-steel body on box-section ladder frame, carbo capacity of 83.1 cu ft, paired along with some of the most extensive controls I have seen for ride suspension and drivetrain, this beast is almost certain to tackle what you have to throw at it. I just don’t know how many people spend $90,000 these days and do what I know this off-road ready vehicle can do. Well, I don’t see many in the DFW area. But hey, this ride was sweet and we were happy to have it on our family Vacation. As you can tell, our son loved the ride! (He did sleep a little on the trip). 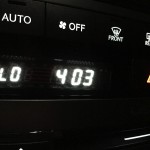 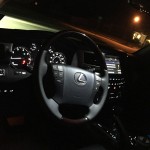 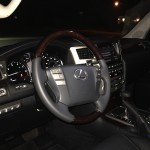 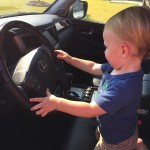 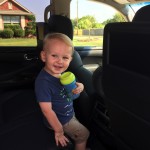 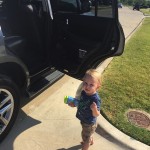 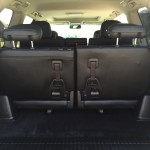 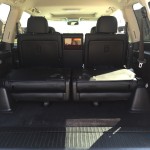 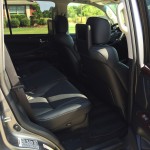 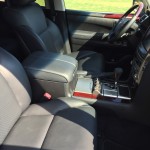 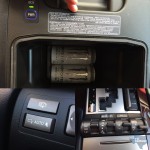 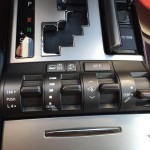 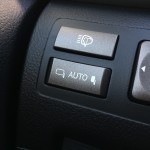 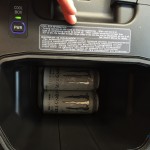 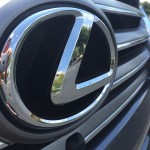 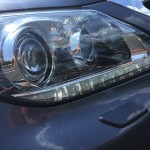 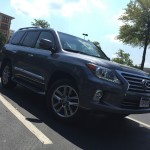 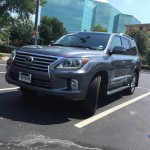 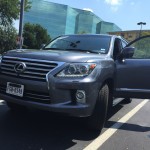