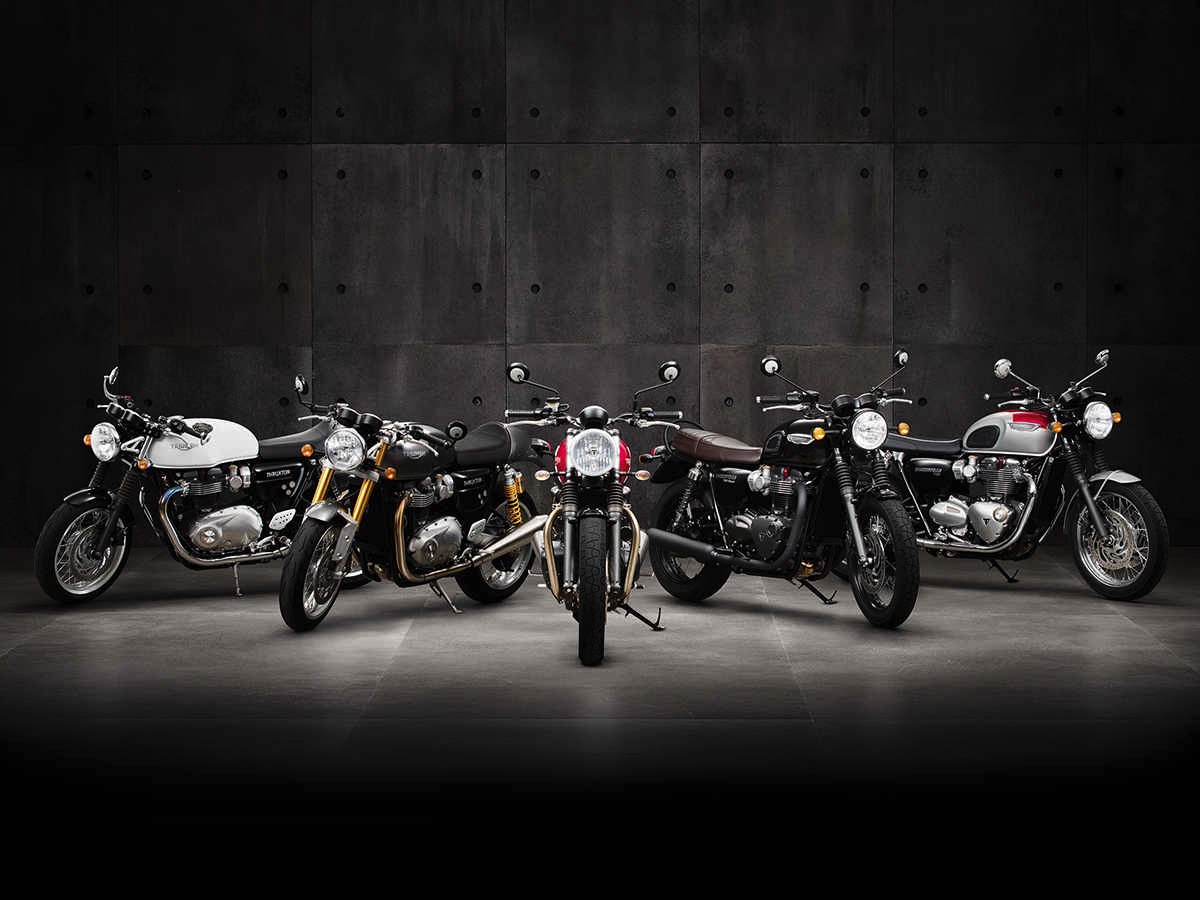 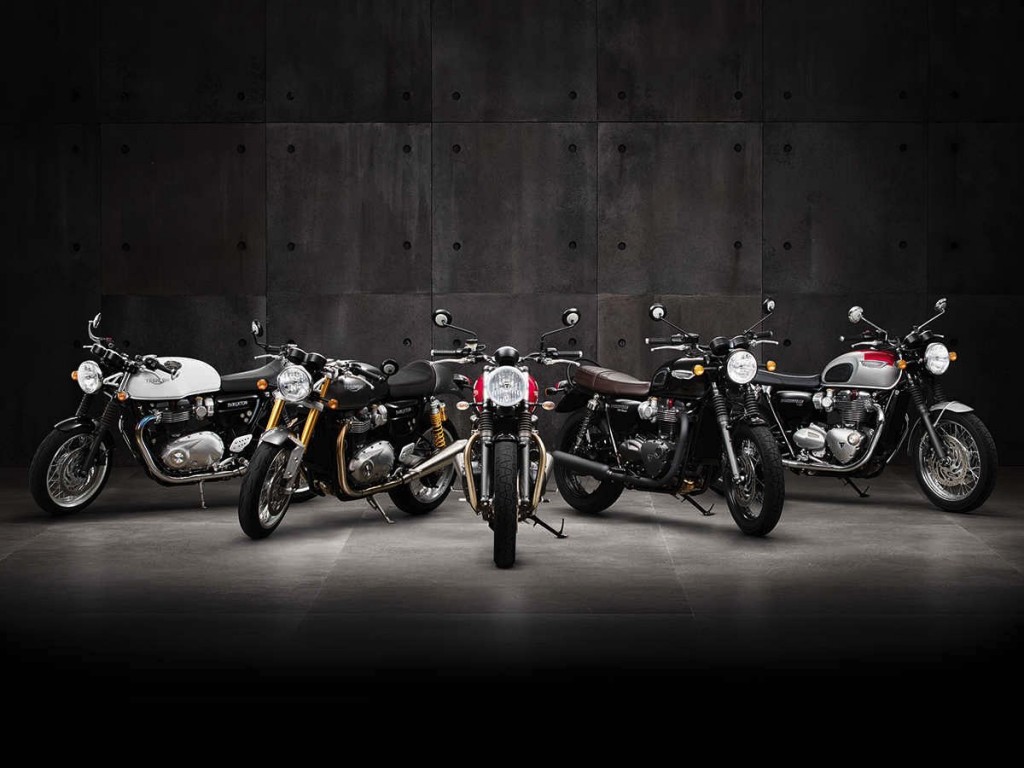 Despite its British design and Thailand factory, Triumph’s Bonneville will always be inextricably tied to Dallas. Some sixty years ago, on the Salt Flats of Bonneville, Triumph tuner (and Texan) Jack Wilson teamed with rider Johnny Allen and designer Shorty Mangham to establish a land speed record – on two wheels – of over 214 miles per hour. While never officially verified by the FIM (Federation Internationale Motocycliste) as a world record, it was fully recognized in the States and fully accepted by the Triumph factory. To commemorate the record run Triumph’s next new twin, launched in 1959, was dubbed ‘Bonneville’. And the rest, as we are wont to say, is history… 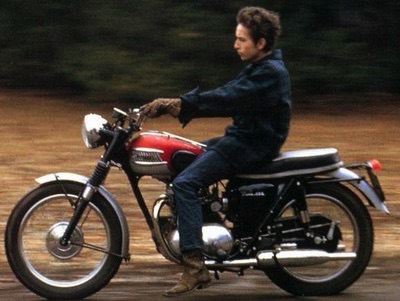 
That Triumph history, of course, has been frequently woven into modern pop culture. Bob Dylan rode a Bonnie, Fonzie rode a Scrambler and a current Scrambler played a supporting role in this summer’s Jurassic World. And if someone’s fashion spread needs a motorcycle, odds are 10:1 it’s some deriviative of the current Triumph twin.

The Bonneville on sale today dates to its resurrection by Hinckley-based Triumph in 2001. Available in a traditional street guise, Scrambler or café’d Thruxton, what Triumph describes as its Modern Classics collection does an absolutely elegant job of providing a retail foundation for those more modern bikes in the Triumph lineup, i.e., those conceived in this century. And having evolved over its 14-year production cycle without substantive changes, most would agree a new iteration was due, if not overdue. After some four years in development, the all-new-for-’16 Bonnie should arrive just in time to stick under your tree.

Although all new in the truest sense (and not – notably – in the traditional marketing sense) you’ll be hard pressed to visually distinguish the new Bonnie from the old. Given that the new mill, whether in 900cc or 1200cc form, employs liquid cooling, its radiator is a giveaway, but the cooler is tucked away discreetly, without the telltale signs (expansion tank, plumbing) that normally would supply the visual tip. Liquid cooling allows the engine block to be more compact, and to that end everything seems more tidy, but those familiar with the current Brit twin will immediately recognize the newest Brit twin. 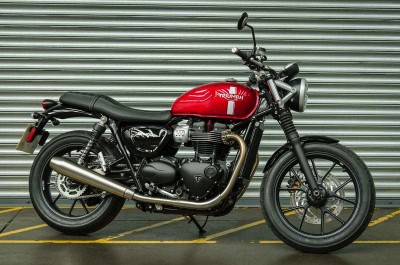 The same can be said for the bodywork, although the Thruxton and Thruxton R will share a gas tank specific to that model. Special attention was paid to seat height on all variants, and Thruxtons adapt 17-inch rims both front and rear. The high-performance Thruxton R is the outlier, offering Brembo brakes, a big piston Showa fork and Ohlins shocks in the rear.

Under the hood, the base Street Twin enjoys a displacement bump to 900cc (from 865), while the other four models enjoy 1200cc, with a boost in torque greater – from a percentage standpoint – than the bump in displacement. Knowing that the air-cooled lump in my ’12 Bonneville supplies all you need in both passing and cruising capability, the new 900 should be good – and the 1200 should be very good.

While pricing has yet to be announced, we would assume the new Speed Twin will be slightly higher than it was in ’15, while the 1200cc models – with no direct comparison – will be fully appropriate to the market segment, and a bargain relative to upping the performance of a ’15 model via the aftermarket. Perhaps the best accolade following the reveal is this one: “They haven’t screwed it up!” 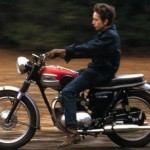 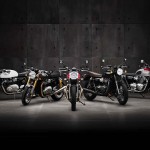 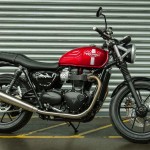 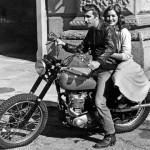 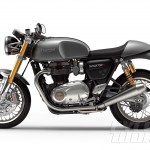