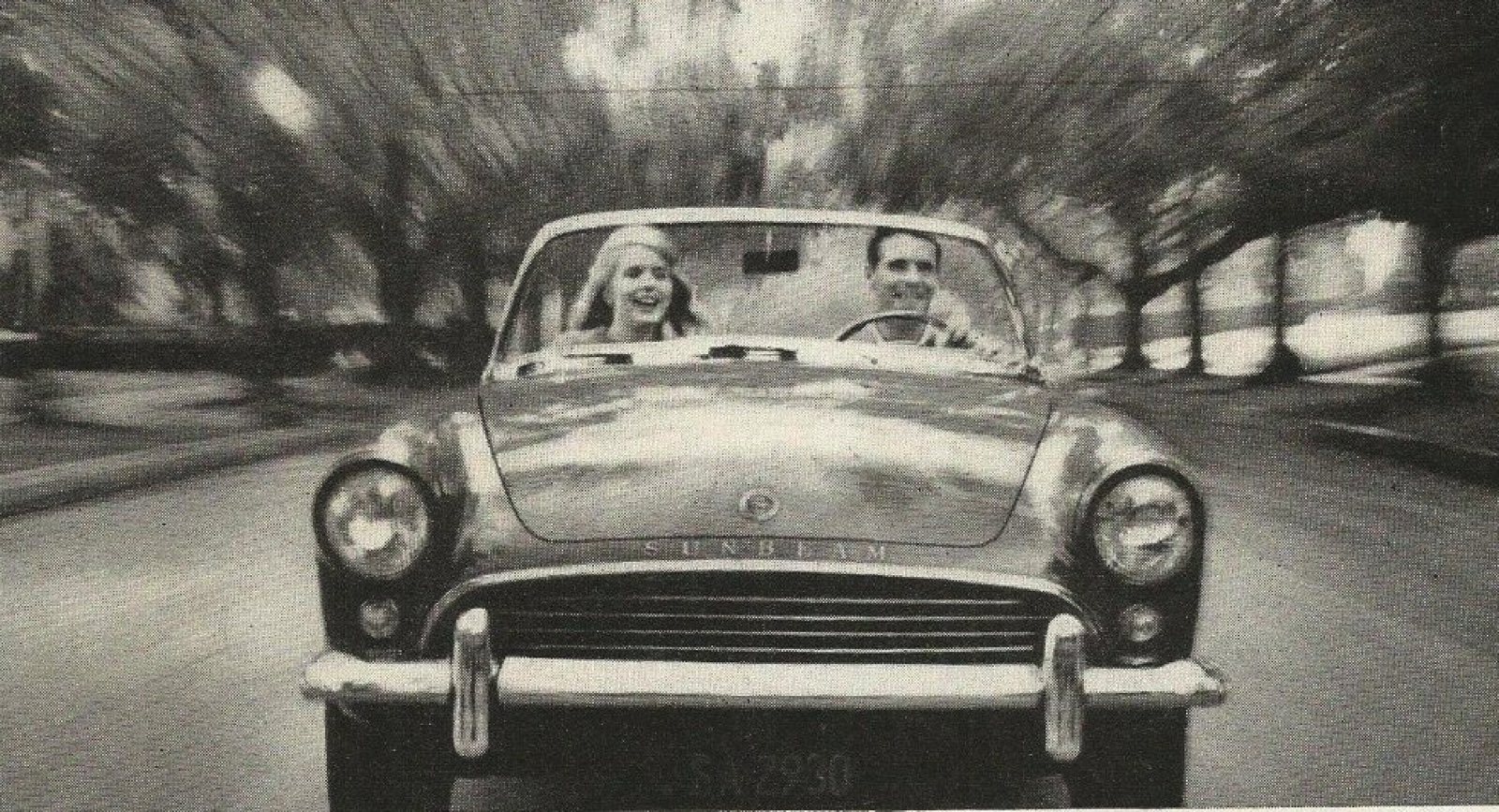 The Sunbeam Alpine was produced by British carmaker Rootes from 1953 through 1968. If you were a fan of British sportscars in the ‘60s, you would have noticed the Alpine’s more refined take on the 2-seat roadster, especially when compared to Triumphs and MGs of the era. And when, in the mid-‘60s, Carroll Shelby’s team installed a small-block Ford under the Alpine’s hood, creating the Sunbeam Tiger, another (performance) chapter was written. Here 1st-time contributor Steve Magdaz provides his personal Sunbeam story, one that has occupied most of Steve’s adulthood. DB

My Sunbeam Alpine was acquired totally by accident late in 1978. My initial aspiration (I had my eye on a 356 Porsche Speedster) was for a restoration project. Getting the Sunbeam seemed at that time to be a good starting point; fix it up and sell it, putting the proceeds to the acquisition of the Speedster. Needless to say, that didn’t happen.

Under its hood, my Alpine was a basket case, owned by my boss at work; he also owned a ’58 Corvette (both of which were occupying his 2-car garage). In the process of having a new home built, and at the (strong) suggestion of his wife, one of the two vehicles had to go. Obviously, parting with the Corvette was not an option, so I jokingly offered him the $175 he’d paid for the Sunbeam. “Come and get it” was his response. Living in an apartment at the time, I begged a dear friend to allow me a space in his unused garage, and there it sat for approximately 4 years, until I moved into my own home; there it took up space untouched for another 6 years.

At that point I decided to either restore it or get rid of it, as it was just like so many possessions that would never be used…and could just be parted with.  After all that time, no money exchanged hands, so when I finally decided to get it running I phoned him, indicating I was ready to sink some serious time and money into it and I wanted to pay him, to which he responded: “You did me a favor”. And so began the bonding and love affair for a truly unique and fun automobile that has offered many personal rewards over the years.

The car structurally was pretty sound, so the first order of business was to assemble the engine, which was literally in baskets.  All the engine work had been already done – the degreasing, honing, resurfacing, etc.; it was only in need of re-assembly. So the second bedroom of my apartment afforded a perfect place to tackle the rebuild. I brought the engine in along with an engine stand and a very large photographic developing tray, and rebuilt the engine in the friendly confines of my studio/guest room.

Not being one particularly knowledgeable in the granular aspects of engine reassembly (and this is long before YouTube), I relied upon books and manuals to aid in the assembly. All went well, and I managed to reinstall it with the car in the storage area – and there it sat.

The Alpine’s odometer when I got it, to the best of my recollection, was approximately 52,000. Rust, though not a major issue, was addressed and a cosmetic refurbishment ensued; new paint ( by a friend and neighbor), carpet, convertible top, re-chroming of bumpers, etc., along with a new set tires. Once completed, the boss (my significant other) would not entertain the idea of parting with it, and at that point neither could I.

As with most things in life, other things took precedence, and from 2009 (the last year I registered it) until my retirement in 2017 it sat, covered and unmolested. Since then it has been reintroduced to my little stop in the universe.

Like most hobbies the Alpine tends to be a money pit, but pretty much anything to keep it roadworthy is available through specialty suppliers,  eBay and various other outlets. And there seem to be enough enthusiasts through forums and groups to help with the difficult-to-find items and issues. A network of organizations are always eager to share information and knowledge to assist with problems and solutions, allowing a pleasurable classic motoring experience.

It’s a rare occasion that when driving I don’t get a thumbs-up or inquiries about the car. It’s a good testosterone boost for someone my age…although ultimately prescription pills would be less expensive.

Steve is a 1st-time contributor to txGarage, bringing us this narrative from Indiana. He is a graduate of the Art Institute of Chicago, and before opening his own studio in 1984 Steve served as an advertising director, trade show coordinator and graphic arts director in the photographic industry. Steve has been ‘winding down’ his business – Broad Street Studio – since 2017, which is about the time he again fired up the Sunbeam.