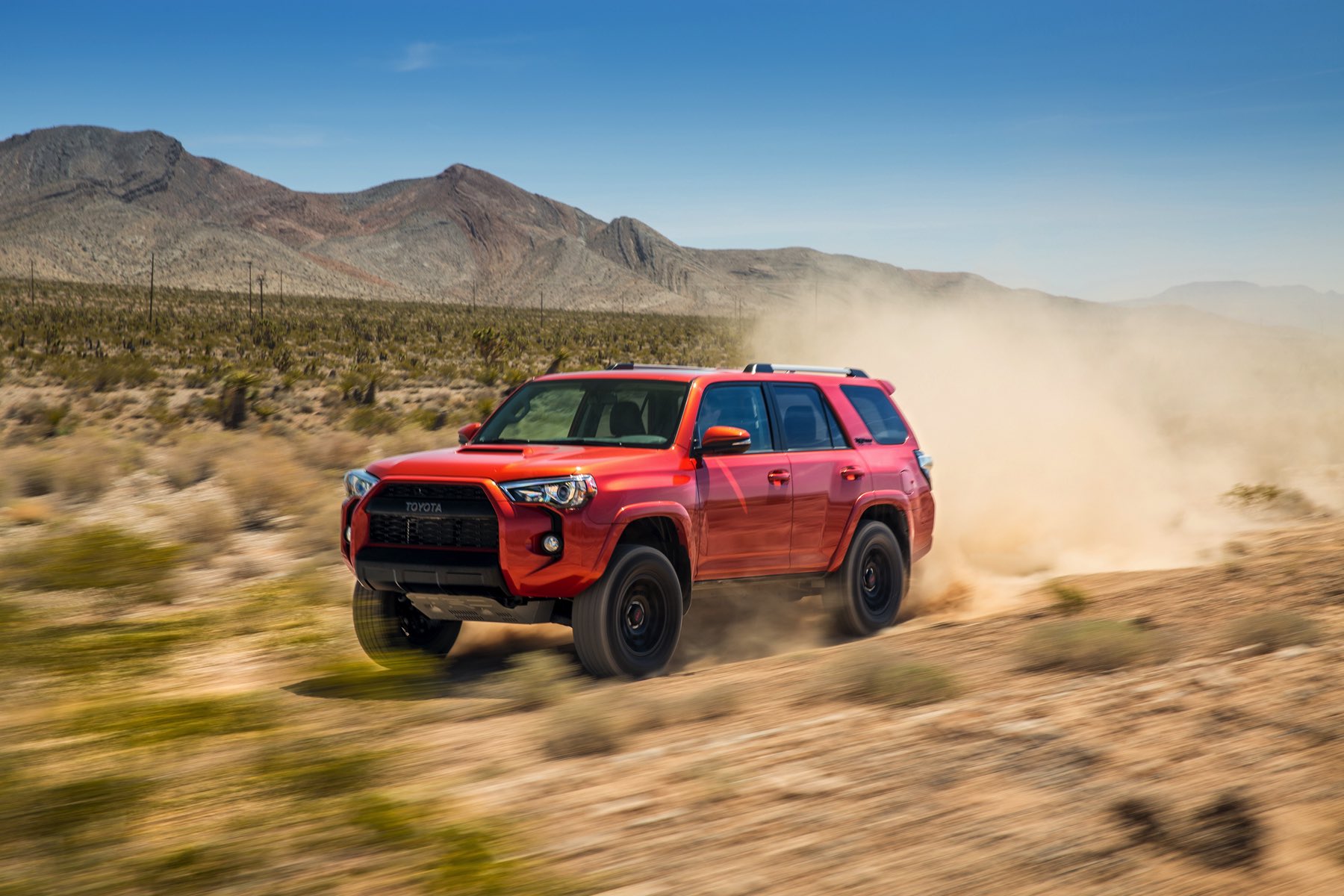 There are, in the annals of offroading, three notable players: Jeep, Land Rover and Toyota. Jeep, of course, was among the first to recognize – albeit vastly underestimate – the recreational appeal of offroading for a civilian population. Land Rover’s instantly iconic four-wheeler started out its life as an agrarian servant, and was quickly adapted to provide colonial oversight to Britain’s dwindling colonies – and their agrarian servants. Toyota’s goal with its Land Cruiser is less clear, although we suppose there was a small market for 4X4s within postwar Japan from Douglas MacArthur wannabes. Regardless, what was a niche market immediately after World War II has quickly mushroomed into a bull market some seventy years later.

Enthusiasts of the offroad genre and Toyota’s build quality have a few available options, including the brand’s well-respected Land Cruiser and various iterations of both fullsize Tundra and midsize Tacoma. For passenger-specific hauling, Toyota upgraded their 4Runner last year to TRD Pro spec. We first spotted the’16 at TAWA’s Truck Rodeo last fall, where the newish 4Runner grabbed our eye in its new Quicksand – what you’d get if Osama bin Laden had worked for DuPont – exterior. And once identified, there’s this almost primal urge to get the thing dirty.

If you’re thinking you’ll confuse this with your neighbor’s Highlander or RAV4,
think again. 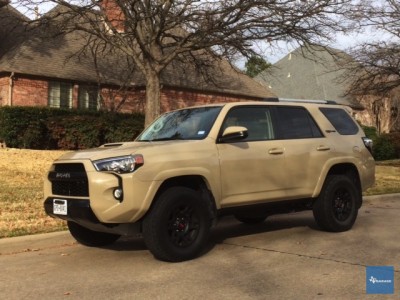 If you’re thinking you’ll confuse this with your neighbor’s Highlander or RAV4, think again. This, as Toyota puts it, is a full-capability, body-on-frame SUV, with seating (in some trims) for up to seven, rugged styling and – you’ve already guessed it – the hardware to back it up. In SRT, Trail and TRD Pro trim the 4Runner rides on 17-inch alloys, which not only effectively reject the ‘Dub’ persona but allow for sidewalls with greater resistance to both Moab’s boulders and Main Street’s potholes.

In considering the 4Runner’s footprint, we liked its upright stance, relatively short overhangs and reasonable – albeit not too reasonable – access into the cabin. From a personal standpoint, we’re not entirely keen on the 4Runner’s updated front fascia, which isn’t as off-putting as those adorning current Lexus models but more discordant than that which fronted the 4Runner when this generation was introduced in 2010. A friend likened it to a pig’s snout, and while that descriptive may seem boaring(!) it’s not too far removed from accurate.

Once inside, you’ll know that the interior layout has been mandated by its functionality. There is, of course, the occasional bone thrown to updated technologies, but your view is through an upright windshield, you grasp a man-sized wheel and you immediately think ‘master of your domain’. That impression is supported by chair height seating and enough personal space, via generous portions of head, shoulder and legroom, to keep the serf set safely at bay.

On the road, the 4Runner’s 4.0 liter V6, with 270 horsepower and 278 lb-ft of torque, proves adequate but hardly overwhelming. At one point Toyota built a 4Runner with a small displacement V8, and I’m thinking the benefits of same would far outweigh the costs, especially as fuel propels itself toward a $1/gallon. For towing Toyota provides a standard integrated tow-hitch receiver and wiring harness; you need only supply the Airstream. The 4Runner is rated for up to 5,000 pounds with a 470-pound tongue weight, so make it one of the shorter Airstreams…

Offroad, the lifted ride height of the TRD Pro supplies superior approach and departure angles (you say hello, I say goodbye…), while the TRD front springs and Bilstein shocks keep the suspension in check. Nitto’s Terra Grappler tires will grapple with whatever marginal terrain you choose to drive on, while a TRD front skid plate will reduce the damage if you find yourself even further off the beaten path than intended.

Of course, given the 4Runner’s length and girth, know that you won’t be navigating the classic Jeep trail unless you park the 4Runner and rent a classic Jeep. This is an escape vehicle for Moab and not – notably – the Rubicon. But then, it has an interior volume that a Jeep owner (even a Wrangler Unlimited owner) could only dream about: 47 cubic feet with the second row seating up and almost 90 cubic feet with the second seat folded. Without having actually tried it, it looks like you could put MacArthur’s Jeep behind the front seats, when or if Doug needed a lift…

Regardless of its on-road dynamic, with an as-equipped Monroney of just over $40K the 4Runner TRD Pro strikes us as a screaming deal…and only wish we had a place to frequently use it. 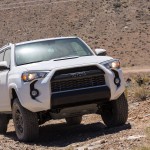 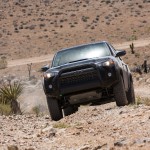 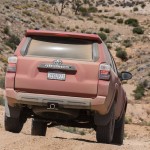 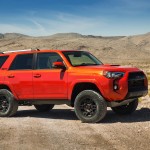 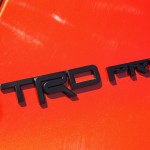 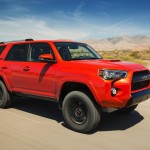 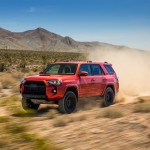