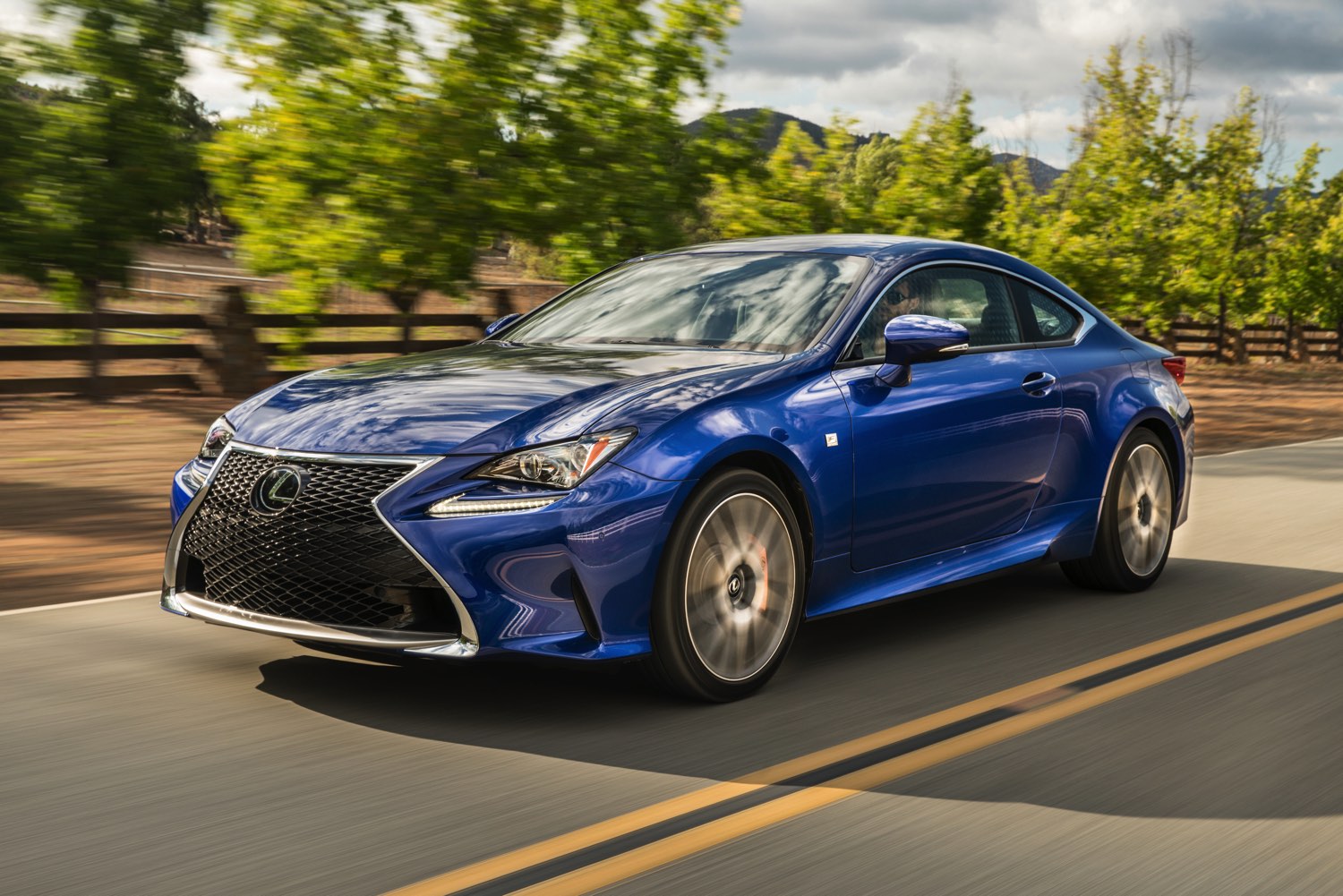 THE HAIR OF TRUMP
…AND THE HEIGHT OF RUBIO 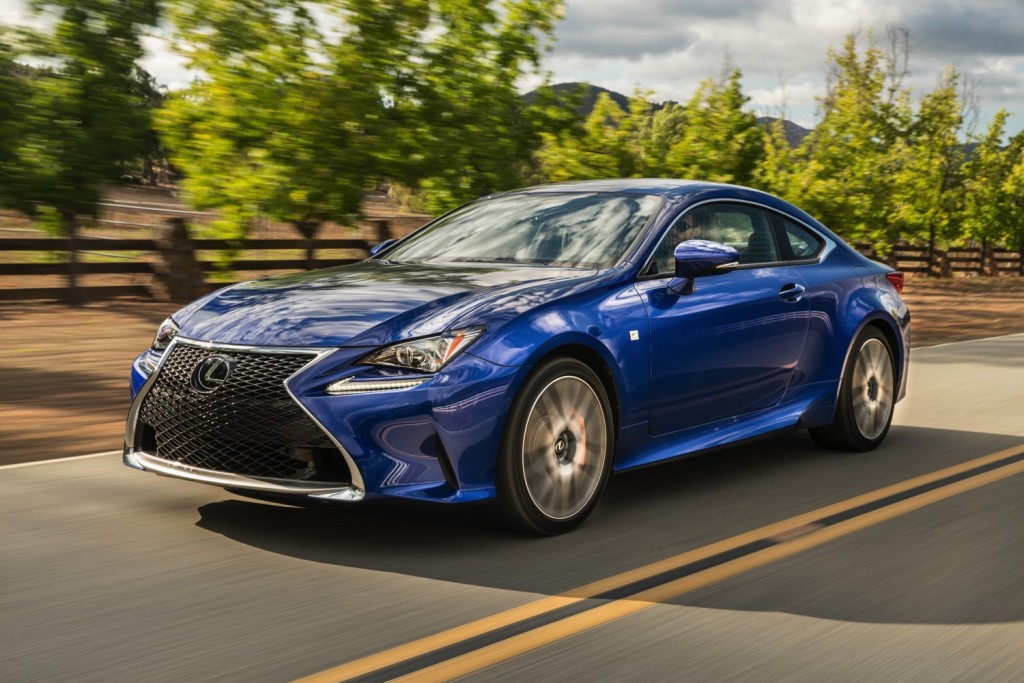 Not everything in the automotive spectrum is analogous to the presidential race, but when expectations – on any given day – can be either heightened or reduced by little more than a PR release, an aggressive coupe with but two liters of turbocharged four may suggest plenty of bark, but speculation abounds(?) as to how much bite actually resides beneath the combover. The 2-door’s shape – fronted by the still-controversial twin spindle grille – screams ‘retaliate’, while the powertrain whispers ‘negotiate’. We’ve seen this before, when a Ferrari’s motive force, strangled by emissions hardware in the early ‘80s, offered just north of 200 horsepower. This fall Lexus has introduced its RC performance coupe with a 2.0 liter turbo four and heightened expectations, but not – we’ll guess – too high.

The Lexus RC coupe is the luxury carmaker’s credible attempt to inject some excitement into a lineup that, historically, has been more Jeb Bush than Jennifer Lopez. And the coupe, built on a platform that combines the best elements of both the GS and IS sedans, has mixed in a heaping spoonful of high strength steel and then moved it appropriately down the road with either a responsive V6 or Katy-bar-the-door (please) V8. With either, the new(ish) RC has done a credible job of vying for consumer attention when cross-shopping the BMW 4-Series, Audi’s A5 and Mercedes’ small coupes. 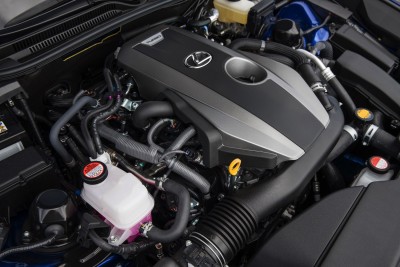 In the IS 200t Lexus first introduced the benefits of turbocharging a small four as a credible replacement for an anemic 2.5 liter V6. And as noted in an earlier post, we think the IS 4-door is perfectly matched to the 2.0 liter powertrain. With a footprint reminiscent of an earlier 3-Series, and power that approximates a small displacement six, the Lexus IS represents a compelling mix for the cut-and-thrust of urban and suburban driving. And while the rear seat provides easy access for the kids, there’s no confusion as to where it sits on the automotive food chain; this is a cabin best utilized by no more than four adults, and for periods of time no longer than a lunch hour.

The RC coupe, of course, is even more restrictive, with a lowered roof and no easy way of accessing the smaller rear seat. Once back there, however, someone of average height and weight will find the accommodation comfortable, albeit still ‘personal’. The sloping roofline obviously compromises rear headroom, as does the RC’s sunroof, but neither limits space to the extent you’d think. And while we didn’t have a 4-Series or A5 with which to directly compare, we’d guess the Lexus holds its own in the Cramped Quarters sweepstakes.

Up front, know that the RC’s seating position and control layout represent a nice – if not optimal – balance between traditional values and modern design. You can actually change stations without having to think about it, although changing bands requires either forethought or…a passenger willing to figure it out. And in a coupe, you do appreciate the benefits of a rearview camera, even when given a relatively clear rear view. 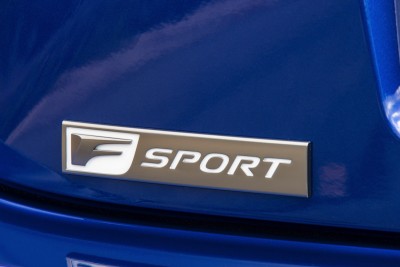 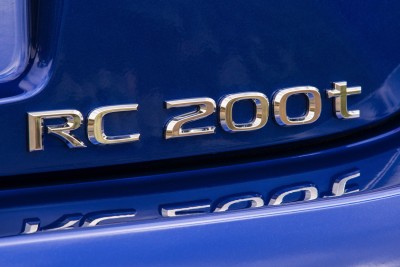 Once ‘on’, the RC’s two liters of boosted four offers all the entertainment one rationally needs, along with a titch of irrational exuberance with judicious use of your right foot. Our test Lexus, equipped with the optional F Sport package, upgrades the cooking coupe with exterior embellishments, interior upgrades and – most notably – 19-inch summer tires and adaptive variable suspension, or AVS. That, in combination with the S+ mode, is where the party becomes truly hearty.

With a base price of just under $40K the RC 2.0 impresses as a screaming deal. And even with the 10% premium for F Sport, you’re still in at under $45,000. It’s only when you add nav, Mark Levinson and a sunroof that the value proposition becomes skewed. At $40K we love it, at $45K we like it, but at $50K we might start shopping the deals on Infiniti’s about-to-be-discontinued G37 coupe – or whatever the Nissan suits are calling it this year.

For those wanting, however, Lexus levels of refinement with an estimated 32 miles per gallon on the highway, the RC coupe can be a compelling combination, both in the showroom and throughout the ownership process. It’s an almost-perfect blend of high expectations and a low, sleek roofline. 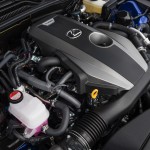 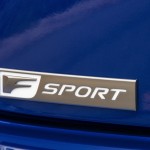 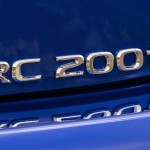 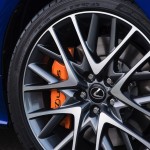 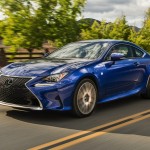 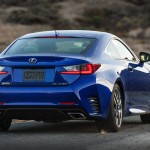 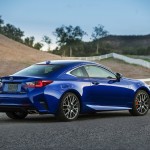 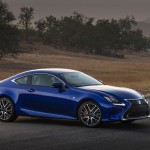 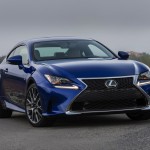 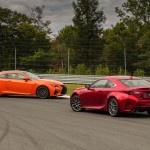 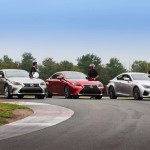 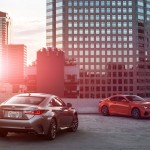