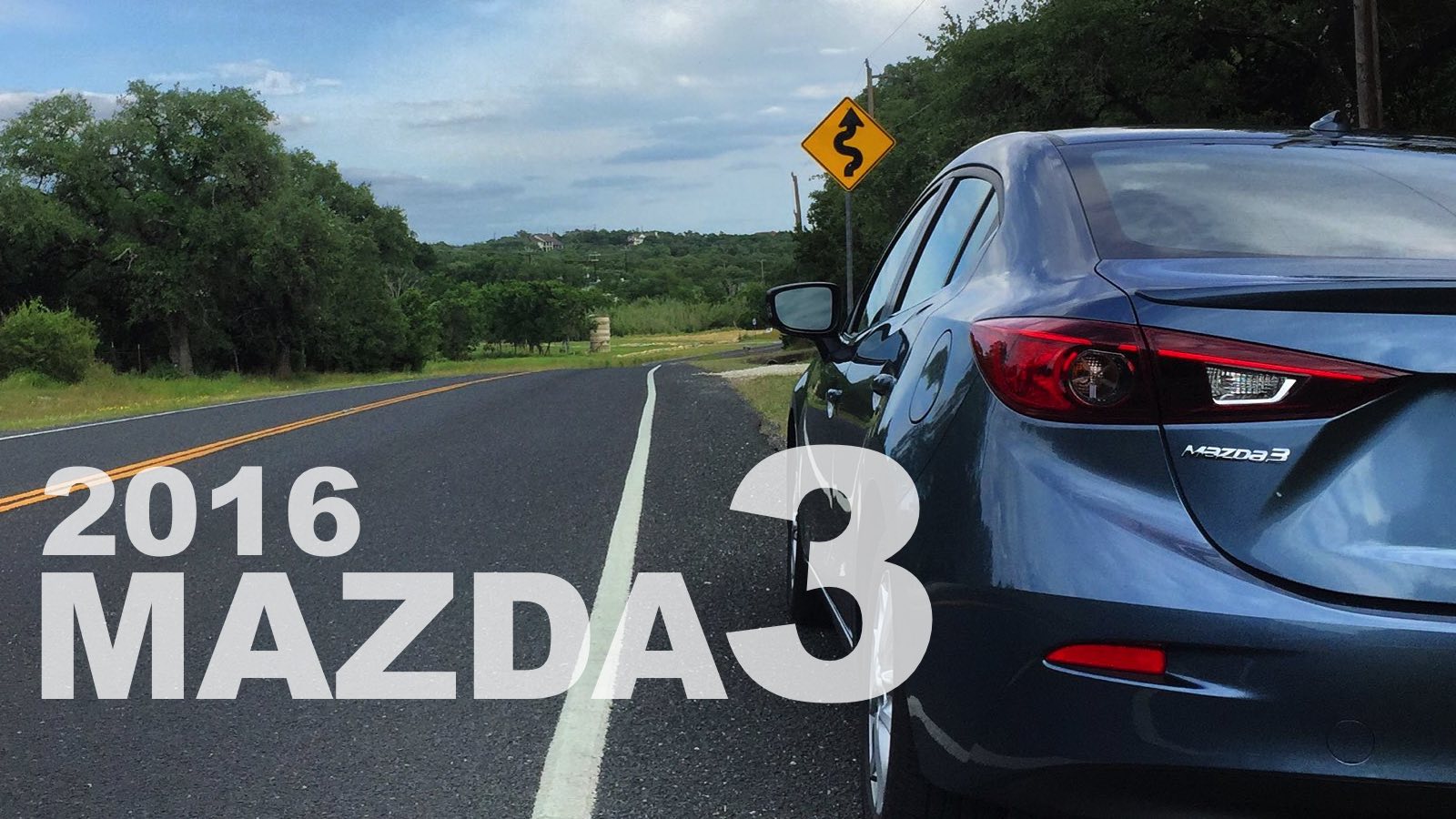 I was a kid when Mazda launched their Zoom-Zoom ads, the ones with the oddly over-dressed little boy whispering into the camera zoom-zoom as Mazdas zipped past. Since then Mazda has developed a reputation as the “fun” alternative to a Honda, Toyota or Nissan.

A long time ago product planners got the idea that automatic shifting was more luxurious than manually changing gears. Since then, manual transmissions have been kicked down the food chain, only offered in base models or certain performance cars. When I took delivery of the 2016 Mazda3 Grand Touring it was refreshing to see that it was optioned with a 6-speed manual; three pedals and a shift level, instead of an automatic wrapped in a leather knob to give the appearance of a sporty manual. It shows that Mazda’s new ad campaign – Driving Matters – is not just a gimmick, but a concrete example of supplying their customers with an option, regardless of the trim level.

This Mazda3 Grand Touring was top of the line, with all the goodies for under $24K:

During my second day with the Mazda3 I had to drive my brother to the bus station so he could travel to Houston and catch a flight to Costa Rica. I was at work when he called me, which meant I had to drive across town to the apartment, and then drive to downtown San Antonio in less than an hour. We’ve all been in that tense situation. Clock is ticking, traffic is building up, and you pray that a cop doesn’t see what you are about to do.

The Mazda 3 handled beautifully moving through traffic. The blind spot detection was not overbearing, giving me a simple beep to warn me when a car was too close before changing lanes. Even in sixth gear, the Mazda was able to accelerate with enough gusto to pass slower moving cars. It’s small on the outside, but big on the inside; its tight dimensions meant I could zip in and out of heavy traffic with ease. I was able to drop off my little brother with eight minutes to spare.

Over the weekend I took the Mazda3 on a scenic country road with plenty of turns, dips, and curves to see if the Mazda lived up to the reputation of being a driver’s brand. The Mazda3 come standard with independent front and rear suspension, which meant I could really feel what the car was doing and where it was going. The 6-speed transmission allowed me to make good use of the hatch’s 155 horsepower produced by the 2.0 liter Skyactiv-G four cylinder engine.

With traction control switch off, the car drove even better. The Mazda3 drives like a 4-door Miata. It’s perfect for anyone who wants to learn the art – and fun – of driving a stick. The clutch is light and forgiving, while the hill launch feature will protect you against rolling back into traffic when setting off on an incline.

Unlike other modern cars, the Mazda3 has a handbrake instead of an electronic parking brake button. So for those that know what that means, yes, you can have exciting driving experiences with the Mazda3 while still having plenty of room for the family.
Besides coming with a 36-month warranty, the Mazda3 is full of safety features to protect you when the hazards of the road catch you off guard.

Here are just some of the safety features included in the Mazda3:

I really enjoyed this car, and was sad to see it go when I had to return it. I would recommend the Mazda3 to anyone who is tired of the sameness of a Corolla or Civic. The Mazda3 is a car with enough space for daily driving duties, but with the spirit of a sports car. If I had one criticism, it’s that it rides so well you won’t notice how fast you’re going – 80 feels like 60. The Mazda3 Grand Touring is a car that leaves an impression when you walk away from it.