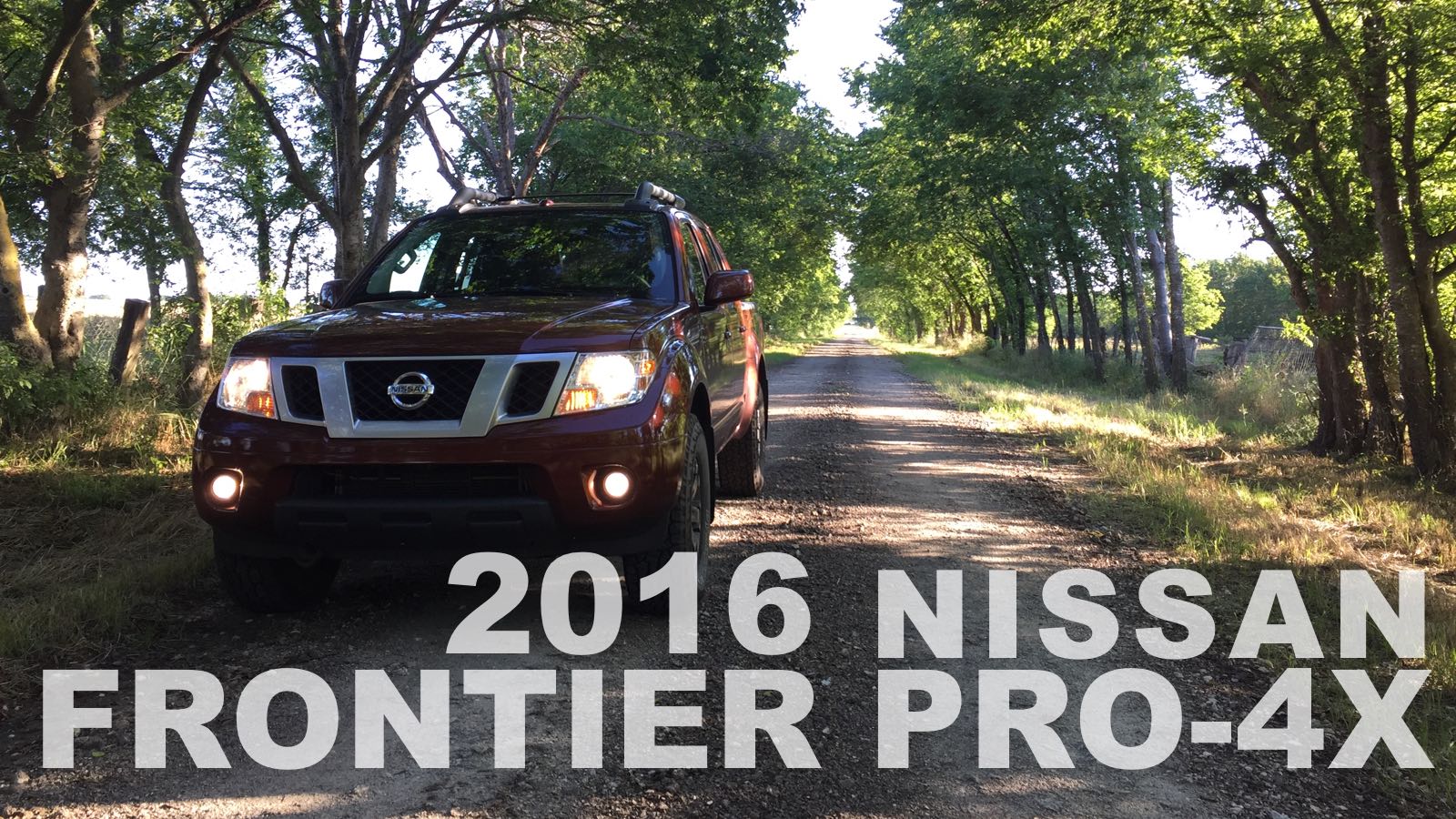 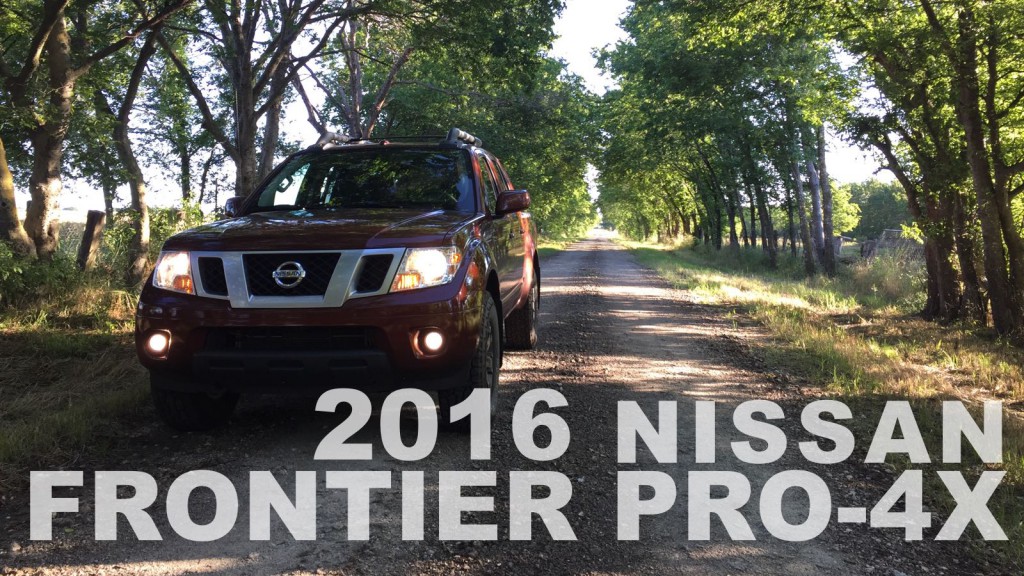 In the September issue of Motor Trend, columnist Angus McKenzie laments – in a thousand or so words – the end of the Land Rover Defender as we now know it. After some 2,000,000 built and sold over a period of 40+ years, the current Defender is gone while we wait for the design team and suits at Jaguar Land Rover to finalize its replacement. And with that as context, know Nissan’s current Frontier is destined to go. As GM’s Colorado and Canyon reawaken what had appeared to be a moribund midsize (for years we called them ‘compact’ – until they weren’t) segment, it seems there’s more money to be made in the midsize pickup category. An educated guess suggests Nissan – already getting some of that money – would like to get more, and to get that ‘more’ probably calls for a redesign.

However, rather than wait for the newer, better and vastly ‘improved’ new one, we’re here to argue in favor of buying the old one. The new one would be easier to accept if confident it would continue the elementary, minimalistic design of the current Frontier. That, however, isn’t likely. The domestic truck makers have done a reasonable job of continuing their respective design philosophies in each redesign. In fact, you’d have to go back to the Dodge/Ram redesign in 1994 to see a quantum leap of a design language; everything else has been – at best – quietly evolutionary. And while we think the new Frontier will borrow elements of Nissan’s midsize pickup currently available in other markets, we also think they’ll attempt to ‘man up’ the sheetmetal. That’s fine for those that like it, but here’s why we like what Nissan dealers are currently offering.

EXTERIOR: If you’re a fan of Angus McKenzie’s Defender, older Monteros and very early Jeeps, you’ll understand the appeal of the Frontier’s slab-sided sheetmetal and almost vertical windshield. That upright windshield and generous greenhouse, along with an appropriately high hip point in our PRO-4X variant, provides unmatched visibility without the need for a 360-degree camera or other high-tech hijinks. And while a bed length of just five feet isn’t much, it’s more than enough for mountain bikes, a dirt bike (with tailgate down) or a weekend’s worth of mulch.

We have but a few quibbles: The roof rack that Nissan includes with the offroad-oriented PRO-4X Luxury package has a load rating of just 125 pounds. If you’re truly using a Frontier as a base camp, you’ll probably want more than that, and ‘more than that’ could be obtained with any number of aftermarket systems; better, we think, to supply it as a separate option. We’d also enjoy a more ‘heritage’ oriented paint palette, and would suggest the PRO-4X logos on the side of the Frontier bed be more easily removable – ‘cuz we’d remove ‘em in a nanosecond!

With all of that, we love the minimalistic intent of today’s Frontier. Despite any number of creature comforts added to its interior (details below), it remains a truck for those that love trucks.

INTERIOR: Our test Frontier boasted the PRO-4X ‘Luxury Package’, and while that may seem a contradiction, we liked the leather-appointed seating and 8-way power/heated driver seat, while we wish the sunroof wasn’t bundled into the ‘package’ and – as noted above – a roof rack with just 125 pounds of capacity is more ornamental than truly functional. Despite the Frontier’s age, the interior remains modestly attractive – or, more correctly, plainly modest. In a nod to modernity the dash offers a (smallish) rearview camera, Rockford-Fosgate audio, NissanConnect with Navigation and mobile apps, along with SiriusXM. Interior plastics are hard (make that HARD), but then, there’s little plastic made to look like aluminum or wood. And we really enjoyed the relatively small diameter of the steering wheel, as it’s easy to grip with none of the exaggerated look or feel you see on some of today’s more updated cars and trucks.

The high-mounted seating is flat enough to make access easy, and sufficiently supportive to make long drives reasonably relaxed. And despite its relatively compact footprint (and in the pickup world it’s all relative, right?) rear seat access is unrestricted and comfortably accommodating once you get there. We do wish the rear seatback wasn’t quite so upright and, when folded, had a more rugged surface than the mousehair-like carpeting it’s equipped with. We’d throw somebody’s offroad seat cover on the back before we received the new tags, while leaving the leather-covered fronts uncovered and unencumbered.

UNDER THE HOOD: This is easy, as the PRO-4X team gives you but one choice: 4.0 liters of DOHC V6. Offering 261 normally aspirated horsepower and 281 lb-ft of torque (@4,000 rpm) you won’t confuse this with anyone’s EcoBoost drivetrain, but it’s more than enough to propel the Frontier’s 4,600 unladen pounds. Putting the power to the ground through a 5-speed automatic, the drivetrain is neither particularly expressive nor efficient (15 City/21 Highway/17 Combined), but it handles the day-to-day tasks without complaint. We did wonder how it would respond to the 6,000 pound tow rating if those 6,000 pounds were actually hooked up. If towing that much on a regular basis you’d be better served by buying the fullsize Titan.

Beyond the engine, the PRO-4X benefits from a shift-on-the-fly 4WD, a 2-speed transfer case with 4Hi and 4Lo and an electronic locking rear differential. Bilstein shocks contribute to the controlled ride and offroad durability, while 265/75R16 all-terrains supply both appropriate bite and – notably – adequate shoulder height. For those wanting more capability, know that ARB supplies a number of options for increasing ride height while not disturbing the Frontier’s on-road composure.

THE WRAP: Offered at around $36K with all of the standard PRO-4X goodies and ‘Luxury’ upgrades, the Frontier provides a credible value in the increasingly competitive midsize segment. An additional plus in our retro grouch view is its Old School cool when compared to the all-new Colorado/Canyon and refreshed Tacoma. For those of you wishing you could buy an ’04 Tacoma but don’t want to invest in a 12-year-old truck, Nissan is building an incredibly capable alternative. For now.

While David supplied you the facts and his opinions on the 2016 Nissan Frontier PRO-4X, I also had a chance to spend a week with the truck and figured I’d quickly share some opinions of my own. As David already touched on, the Frontier is a bit outdated but in some circumstances that could be considered a good thing. When you’re looking at ruggedness and capability, the Frontier (especially in PRO-4X trim) gives you the best bang-for-buck. While it works exceptionally well as a go-anywhere truck it wouldn’t be on my list of daily driving delights. While David is fine living in the past, I’d rather have a more modern looking and modern feeling truck – something both GM and Toyota are now offering.

I do think that if you own a ranch, somewhere in the vastness of Texas, and looking for a great, cheap ranch truck or if you think you’ll be doing more than 50% of your driving off-road – the PRO-4X is a great buy. On the other hand, if you’re spending 80% of your time on pavement and just getting back and forth, I really like the new Tacoma and Canyon. My biggest gripe with the PRO-4X we drove, overlooking the lack of tech or decent materials, was the PRO-4X branded, leather seats. For me, they are uncomfortable. Obviously, David didn’t share in opinion but whatever Nissan is doing with these seats, whether they be in the previous generation Titan PRO-4X or this current Frontier, they’re just not doing it for me. So if I was driving mostly off-road and wanted a great deal, I’d jump all over the PRO-4X but I’d be much happier with the seats from the base trim.