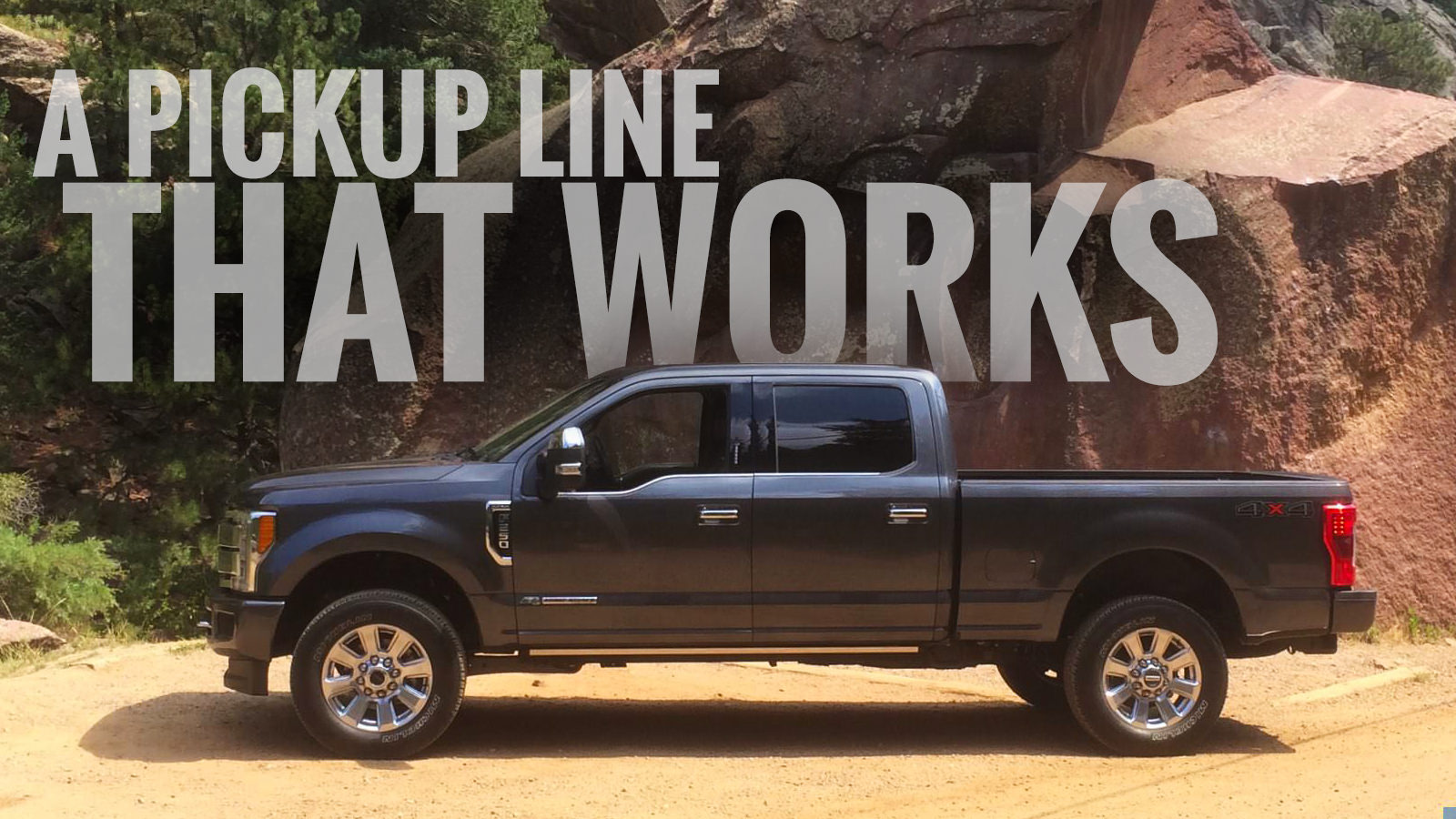 Denver, CO – If, and this is a big ‘if’, you had a child eighteen years ago, his or her birth would have coincided with the last documented redesign (that is, a full redesign) of Ford’s Super Duty truck line. In short – and I know you get this – the kid, then nursing and pooping, would be graduating from high school and moving on to god-knows-what tech gig (maybe with GE?) by the time Ford and its execs got around to finally and fully redesigning their iconic benchmark. In contrast, Corvette’s design and engineering teams sometimes seem slow, but even they aren’t that slow! The upside: good things often come to those who wait. 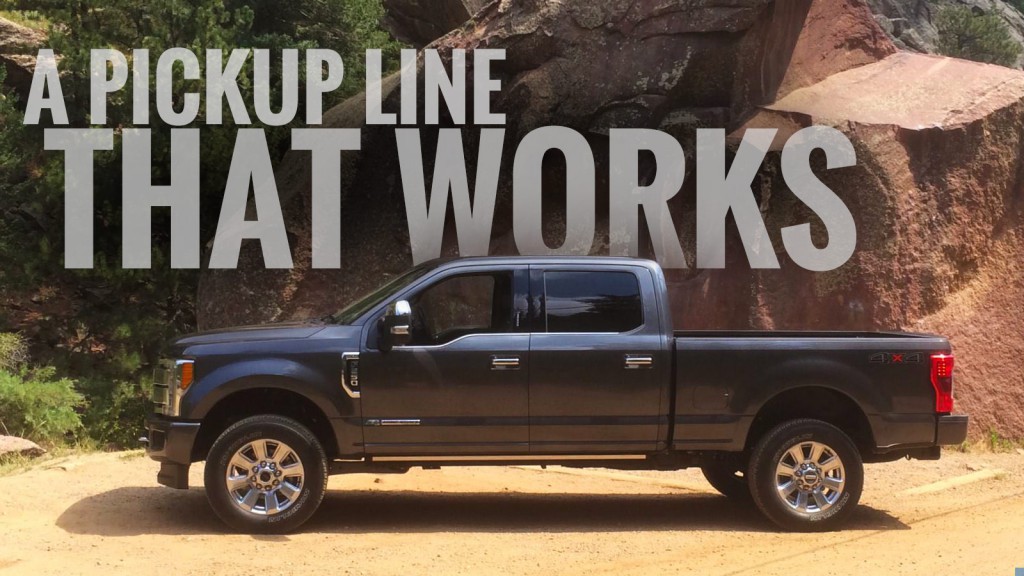 And although not wanting to draw this out, know that Ford’s all-new Super Duty pick’em up, in those two iterations (F-250 and F-350, both gas and diesel) tested in and around suburban Denver, appears to be an out-of-the-park homerun. In a hands-on immersion held at the Denver Broncos stadium, along with roughly three hours of driving the following morning, we came away mightily impressed by what Ford has done in the reset of its most capable lineup of heavy duty trucks. Under the ‘We Own Work’ umbrella, Ford’s engineering and marketing teams tout the new Super Duty as the ‘toughest, smartest and most capable’ lineup ever. That’s e-v-e-r!

As you’d hope, the redesign starts with the frame. What had been roughly twenty feet of thick, C-channel steel has become the same twenty (or so) feet of thinner high-strength steel, now fully boxed. And if they were any doubts after digesting that, Ford engineers have spec’d up to ten crossmembers, and the end result is coated in an E-coat paint process to protect against corrosion. Finally, if you’re towing know that the Super Duty employs new 2.5-inch and 3.0-inch hitch receivers, along with an available 5th-wheel provision added at the factory. All of it is good – probably great – stuff.

Atop the frame rails is a first-in-class aluminum alloy body and box. As you’d hope and/or guess, this is military grade aluminum, able to repulse any and all WVD’s (Weapons of Vehicular Destruction) while saving real weight in the process. The cab section – from A-pillar to C-pillar – is identical to the F-150 cab, while the front end and bed are specific to their heavy duty role. With that, the crew cab’s rear seat room is improved, while the weight savings is put into enhanced ‘WOW’ (We Own Work) capability.

Under the Super Duty hood you have your choice of a standard 6.2 liter V8 or Ford’s 2nd-gen 6.7 liter Power Stroke (great name, that…) turbo diesel. We spent the majority of our time in the diesel, which will represent roughly two-thirds of the retail sales. Thinking stump-pulling torque? With 440 horsepower and 925 lb-ft of torque, this thing could pull Redwood City, CA to Portland if, of course, given the opportunity. Powering through a 6-speed automatic, the Super Duty diesel offers best-in-class towing performance in all towing categories. And it does this while providing absolutely sublime driving characteristics.

If the Power Stroke is Donald J. Trump, think of the 6.2 liter V8 as Mike Pence. Of course, nothing wrong with Governor Pence, but know the V8’s torque number pales in comparison – much like Mike pales when compared (and Pence wouldn’t disagree…) to the Donald. We did like the V8’s smooth off-the-line acceleration, and while not promising the torque or efficiency of the diesel, neither is it the $9K bump of the diesel. You pay your money (as mentioned, roughly 2/3rds of the retail prospects will pop for the diesel) and you take your choice.

Inside the cab or, uh, workspace, Ford offers a completely redesigned environment. The instrument panel is all-new, while successfully avoiding the 21st-Century vibe that often accompanies a complete redesign. In our upscale trims the leather-covered seats were ventilated (good stuff on a hot Denver day), the Super Duty SuperCab and Crew Cab models offer a flat load floor, and a 360-degree camera with split-view display offers both a physical and psychological boost to a guy whose normal set of wheels is a Subaru Crosstrek. There’s also a nod to improved ergonomics; as Ford puts it, “the new instrument panel places the dash controls within easier reach, while the 4X4 selector and integrated trailer brake controller are now mounted higher and angled toward the driver.” As you’d guess (and hope), controls on the center stack are designed for use with gloves. And since we’re talking cold weather in Texas, let’s give a shout out to Amarillo…

So, all of the above is first rate, class-leading stuff. But Ford would also like you to appreciate the new technologies available for the first time in its Heavy Duty arsenal. Among the long list of available features is trailer reverse guidance, adaptive steering, adaptive cruise control and collision warning with brake support, a blind spot information system (which incorporates trailer coverage!) and the aforementioned 360-degree camera with split view display. And while most of the above might be academic to your neighborhood lawn crew, if you’re a fleet operator and opt for these features your safety and liability concerns – along with insurance costs – should go way down. Of course, insurance costs never – ever – go down.

With towing demonstrations and offroad opps beckoning, we opted to go off-roading, while knowing most Super Duty owners won’t be boulder hopping in Moab. They will, however, go to construction sites, and the dirt layout provided by Ford provided a slightly exaggerated look at what those sites might drive like. Happily, the Super Duty – both gas and diesel – took everything the course threw at it, and dished the experience up with a crazy level of comfort and – what-the-h*ll – ‘aplomb’. And when back on the asphalt the driving experience was as comfortable and relaxed as ever.

In sum, the newest Ford Super Duty reminds us more than a little of candidate Hillary Clinton. The big Ford is more capable than ever, but like Hillary when discussing her grandchildren, is also more approachable than ever. Put Hillary behind the wheel, and Donald’s combover in the long bed.

Also, check out Jesus Garcia’s look at the 2017 Ford Super Duty
Check out more News and Reviews on Ford vehicles »