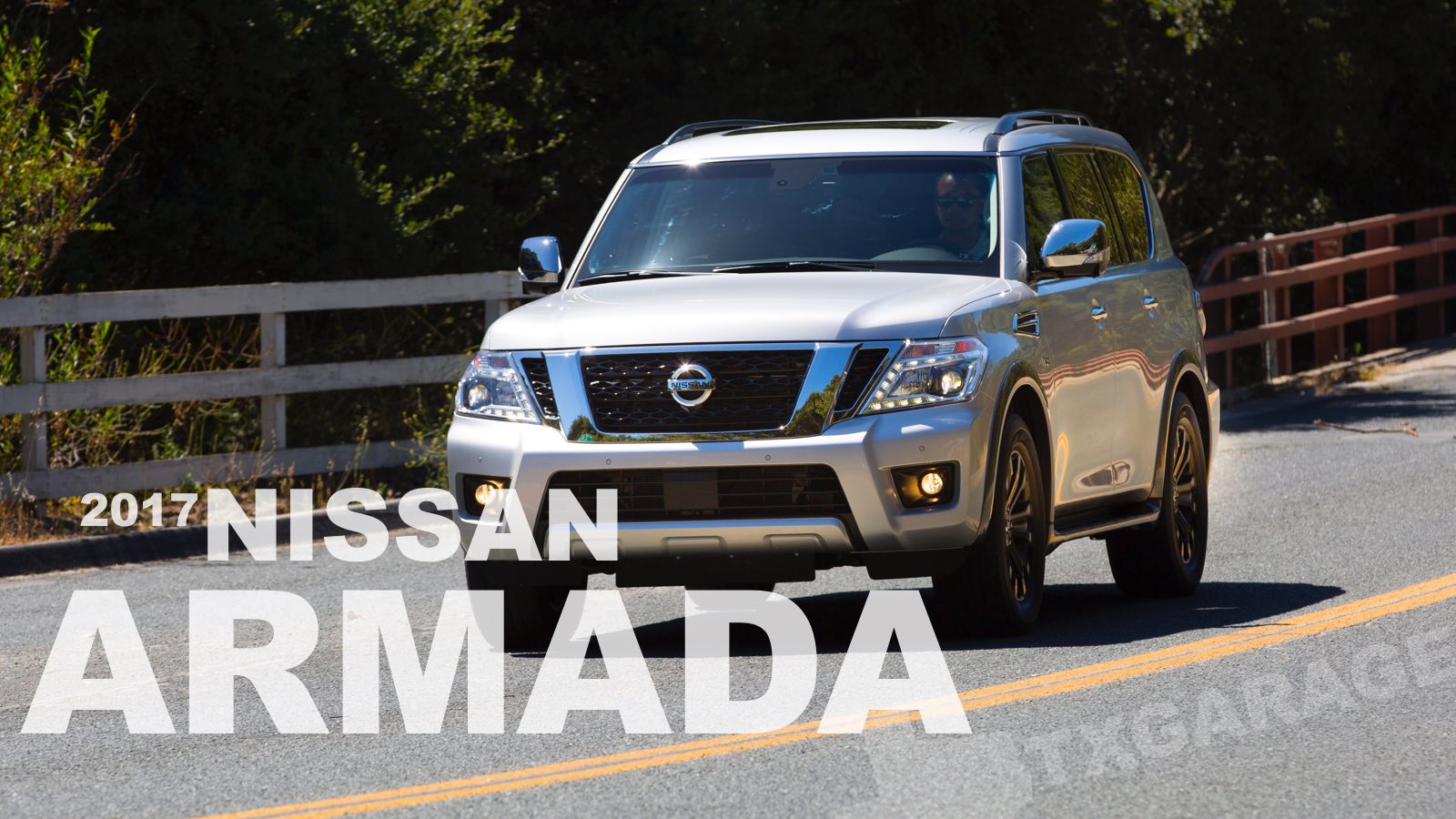 Shortly after our daughter was born it became evident pretty quickly that our cars weren’t large enough for the kid and the dog. And since our sweet Charlotte (100 pounds of Great Dane) wasn’t one to be left behind, the great car debate shifted into high gear. My husband lobbied hard for a minivan. I know, go figure; I couldn’t even say minivan, let alone drive one. About that time Nissan came out with their first foray into the full-size SUV market, the Armada. Mind you, I’ve been a fan of Nissan since it was Datsun. We bought one off the lot late in 2004. I still miss my 2005 Nissan Armada. 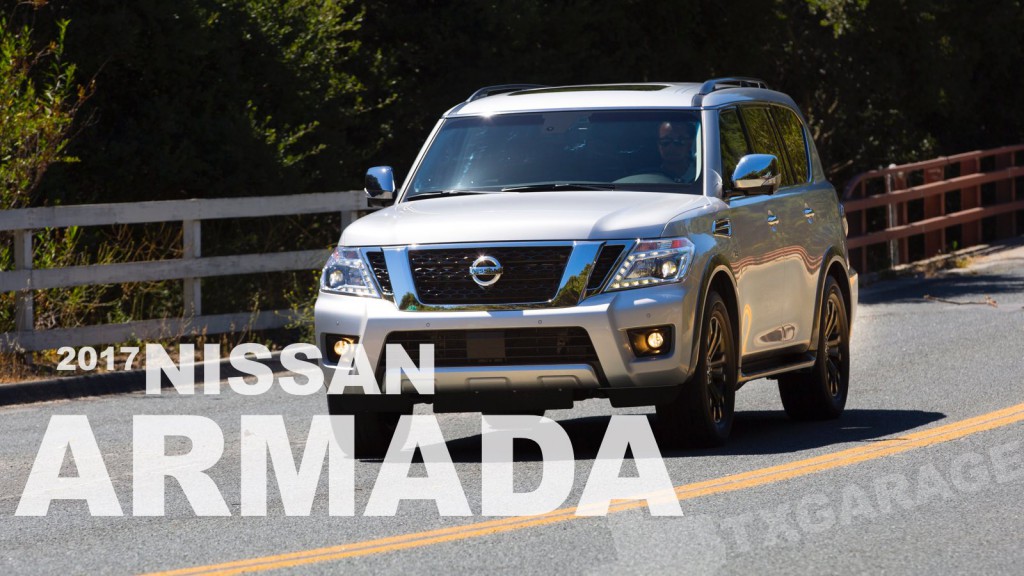 As much as I loved the old Armada, the redesign of 2017 Armada makes me long for this new SUV. Nissan made the interior feel larger while curving out the body for a smaller appearance on the outside. This is a wonderful illusion because it’s actually 1.2 inches longer. It was a dream driving 7 teenagers to their events. There’s even room for all the gear that goes along with soccer, basketball or volleyball. The wood accents on the dashboard and console are reminiscent of luxury vehicles in much higher price brackets. I had forgotten how great it was to drive seven non-drivers And while the controls for the All-Mode 4-wheel drive system featuring Auto/4H/4LO modes got in the way once when trying to place a purse by the armrest/console (old habit), that too will remind you of a luxury SUV.

There are three packages available in the 2017 Armada: SV, SL and Platinum – all come in either 2WD or 4WD. When equipped properly, the new Armada can tow up to 8,500 pounds. The powertrain was completely re-engineered – the Endurance® V8 offers an increase in horsepower over its predecessor, while the new Direct Injection system provides better wide-open throttle performance and better gas mileage to boot.

While all this increases the getup and go (faster), Nissan matches it with just as much attention to safety and security. It’s a long list of updates, so here goes: There is now Predictive Forward Collision Warning that warns drivers of risks that are beyond your vision. The new radar system tracks not only the car in front of you but also the car in front of them. Add that to the Intelligent Cruise Control, the Distance Control Assist and the Forward Emergency Braking and it might seem almost impossible to rear end, anyone, regardless of what’s going on in the vehicle. The sides and rear have you covered with Lane Departure Prevention and Warning, Blind Spot Warning, and Around View Monitor.

My advice to anyone in the market for a family SUV: Buy this one now and pass it down to your new driver in a few years when they get their learner’s permit. If this doesn’t keep them safe and comfy, nothing will.

Also, check out Jim Nelson’s look at the 2017 Nissan Armada »
And check out Jesus Garcia’s review of the 2017 GMC Acadia »
Check out more News and Reviews on Nissan vehicles »

Monique Kursar comes back to writing after several years out of the work force to join txGarage.com as the Marketing Director. Living in Far North Dallas grants her the opportunity to search out all things fun on wheels in North Texas and the surrounding states. Fun takes the form of a certain thirteen-year-old daughter in her book. When not chauffeuring said daughter and friends, you can find her shopping at the corner bookstore or antique mall. [Photo by: Phoebe Roarke Ghabriel]