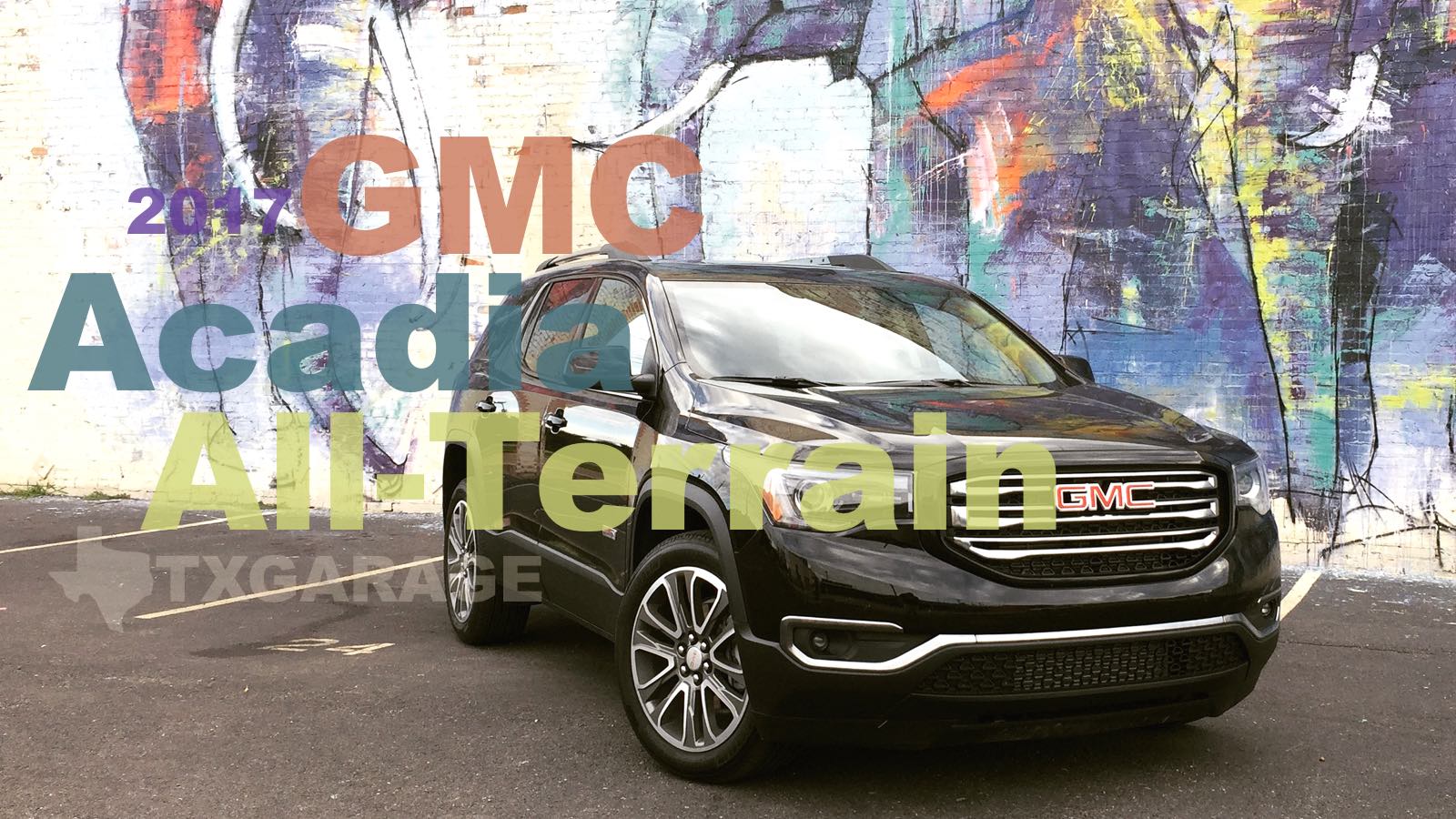 The last time I did a full review of an Acadia was back in 2013; at the time I was incredibly impressed with its overall size and value for larger families. Sure, GMC has the Yukon as its flagship SUV, but they’ve become so expensive it really made the Acadia’s value stand out.

This year, GMC has come out with its second-generation Acadia, offering an all-new design on a new, smaller platform. This is a strategy that may win GMC some new customers as it’s more in line with the competition in size and weight, but it also has the potential of losing some devoted families who were looking for extra size at that price point. To prove the point our contributor, Jesus Garcia, recently drove this same vehicle and loved it for its smaller size and the great engine. I, on the other hand, have a feeling that I’ll be missing out on size and flexibility. Let’s take a look at what else is new and dig more into more of what I think. 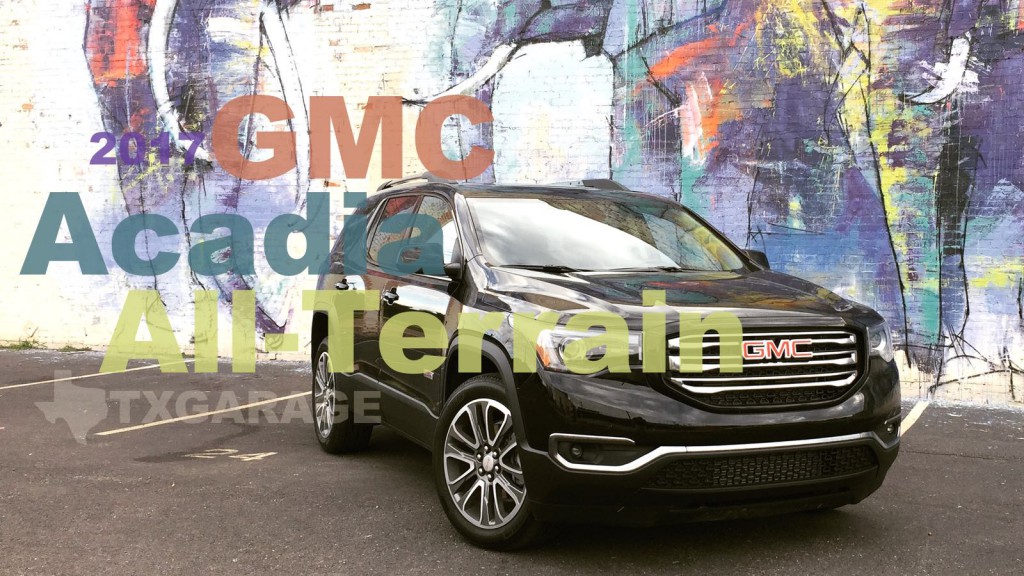 Exterior:
There’s definitely no denying the good looks of this 2017 GMC Acadia, especially in All-Terrain trim. (I also really liked the looks of the previous generation.) I like GMC’s use of bold and manned-up lines while keeping a sophisticated look.

The new generation Acadia keeps more of the same while progressing on their design with thinner, sleek headlamps with the same pulled-back section you’ll find on the bigger Yukon. A rare thing to see these days is a manufacturer coming out with a new design making the front grill smaller than the previous execution, but that’s exactly what you get here. Around the sides are less prominent wheel arches, but a good overall look. The rear end is nice, also, with smaller, sleeker taillights and a less boxy overall form. You also get dual-exhaust with real tips sticking out the back – a big thumbs up from me.

Interior:
Inside the Acadia you’ll know you’re sitting in a GM vehicle as there are parts bin parts all around, but with the GM of 2016 that’s not really a bad thing. Yes, it has a few mismatched trim pieces and there’s a lot going on visually, but overall it’s a good look. Our All-Terrain model had a brown and black theme with leather seats and a leather-wrapped steering wheel. The front seat headrests even had the All-Terrain logo embroidered into them.

As far as tech goes, you’ll be right at home if you’ve been in any GM vehicle in the past few years. You get a nice-sized touch screen display with app availability and integrated Apple CarPlay. I like GM’s system as it works just fine and is reasonably intuitive, but I also like their wide availability of USB ports and power connectors.

The Acadia is available with a 3rd-row and I imagine that’s how most are going to be sold. The All-Terrain we were driving only had two rows, but supplied an enormous cargo area behind. This means I can’t haul my whole family with me but I could pack it full of stuff (STUFF) when necessary.

One piece of tech that is aimed at families and is being implemented in many GM vehicles is their rear seat child alert message. The first time I saw this I thought it was a really great idea and good implementation, although I quickly found out it became more of an annoyance.  No matter if you have kids riding in the car or anything at all in the back seat, the car will chime an alarm and pop up a message reminding you to check the rear seat. Implementations like this quickly get annoying and often get ignored. I think a better application would to have a sensor in the seat or seatbelt that knows if there are occupants in the back, and using that to create an alert – rather than always warning.

Powertrain:
The Acadia packs a 3.6-liter V6 engine with direct injection technology that produces 288-horsepower and 270-lb-ft of torque. This is matched to GM’s 6-speed automatic transmission and can be had in either front-wheel drive or all-wheel drive. This, in combination with a 700-pound weight savings, allows the Acadia to achieve 25-mpg highway and 18-mpg city.

The Drive:
Because the Acadia is packed into a smaller package and has lost 700-pounds it actually handles and drives much better. I know 288-hp doesn’t sound like much these days, but if you really step on it the Acadia is a rocketship. I was really impressed with the overall composure and handling, even while off-road. Even though I spent a full week with the Acadia having it as my daily driver, I was also able to take it offroad during our Truck Rodeo event. It might not be your first option for hardcore off-roading, but it’s definitely a great choice for hiking and camping.

Conclusion:
After a full week, I can say I really like the new Acadia. It looks good, handles well, and is a very capable vehicle. I was still left a little upset, though, that GM decided to shrink the Acadia in size. One of the biggest selling points for me was its larger size and availability to seat seven or eight passengers comfortably, all without having to go up in price to get a Yukon. I’m still left wondering if the Acadia wasn’t doing well in sales or if it was doing too well and eating into the market of its bigger brother. Either way, it’s definitely dropped down my list of a great buy for larger families. In return, it’s climbed my list of all-around great SUVs for the average Texan. I guess sometimes you win some…and sometimes you lose some.

Check out more News and Reviews on GMC vehicles »