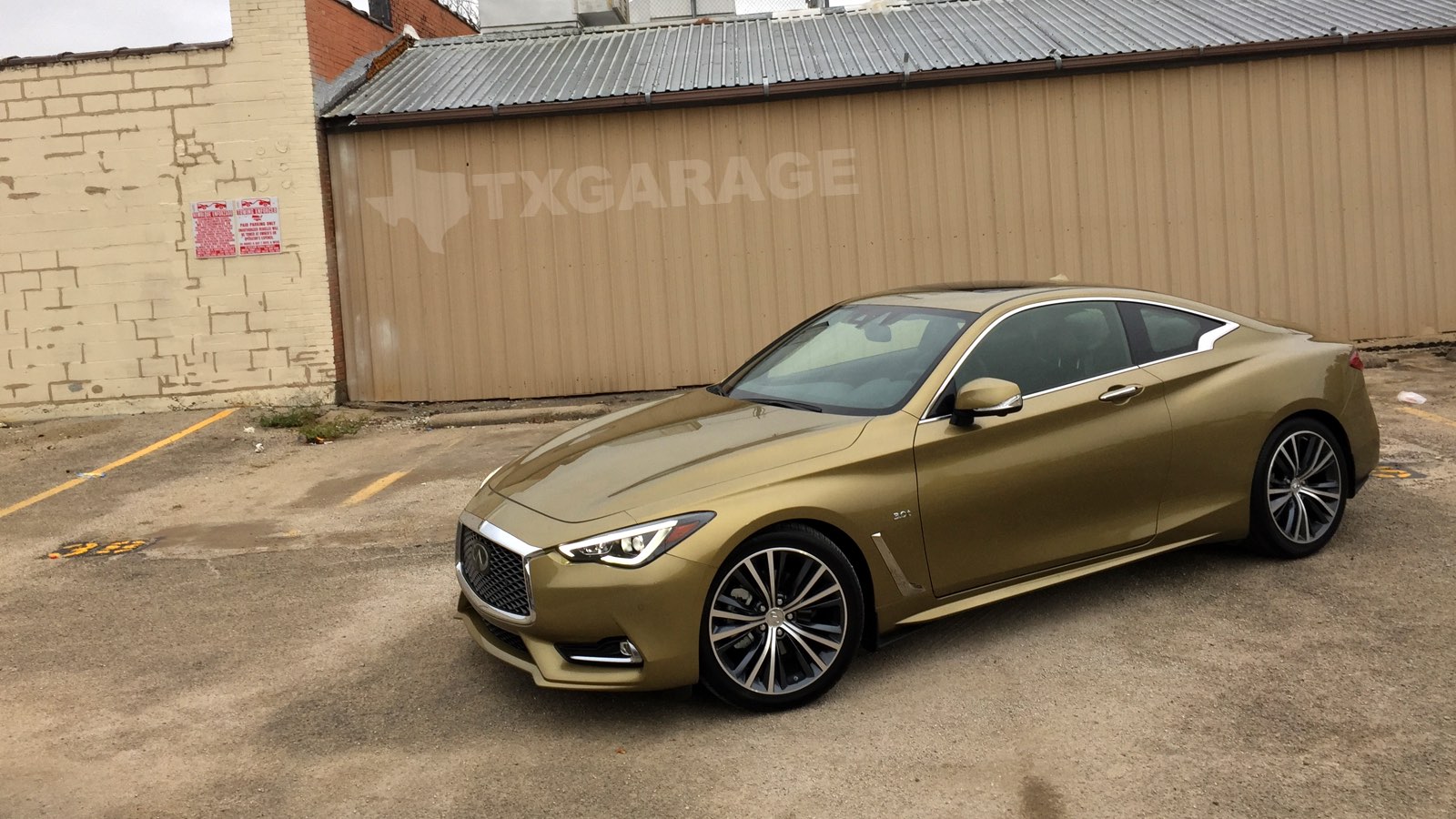 I’ve always loved the design work coming from Infiniti, and with their new lineup of vehicles I love it even more. This new Q60 is basically a replacement for the previous generation G37 coupe, while the sedan is now called the Q50. It’s a little hard to keep track of all the name changes in the Infiniti showroom (and from other auto manufacturers), but I’ve followed closely the G-series of vehicles. I’ve been a fan of G-cars ever since I was in college, lusting after the G20. When I was working for Suzuki I almost bought a used G35 we acquired on our lot. Before I bought my Hyundai Genesis Coupe back in 2013 I was cross-shopping, once again, the G37 – but didn’t have Infiniti money at the time. 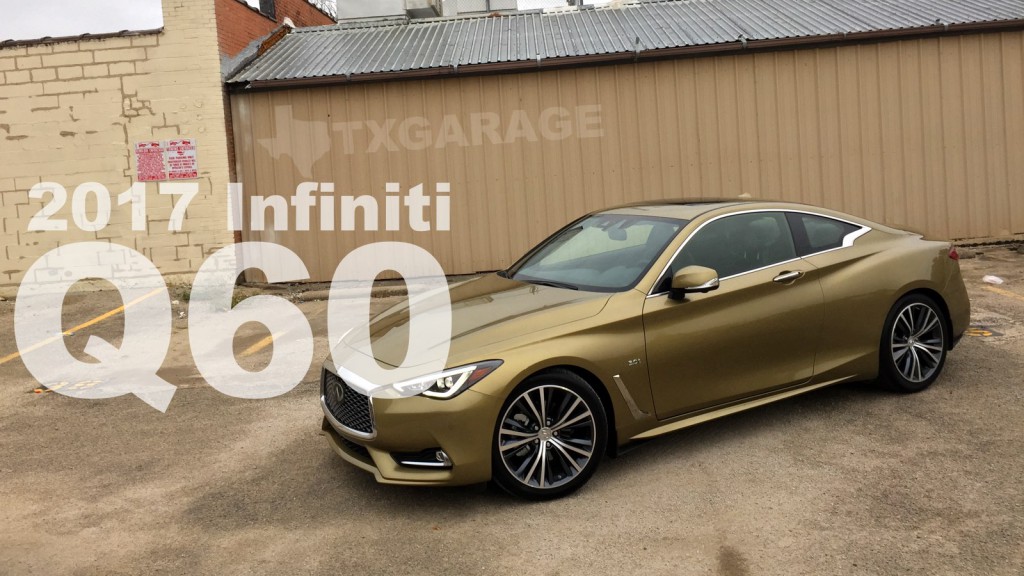 Needless to say, after all of that, I was both excited and nervous to get my hands on this new Q60, a successor to a line of cars I’ve loved over a decade now. I was excited (obviously) because I love the looks and was itching to drive one, and nervous because I wasn’t sure it was going to live up to the hype I’ve created for it. To that end, let’s check it out and see.

EXTERIOR: As already stated, I like the new design here; it exudes both speed and luxury. You can definitely see influences from prior generations but it also has a whole new feel to it that still screams Infiniti today. Just take a look at those LED headlights – they look like an eye staring at you, ready to pounce. The hood is purposefully low, giving you an unobstructed view forward. And the Q-car is low and wide, with the perfect rearward-biased proportions of any true sports car.

The Q60 loaned for this review came with a premium paint color called Solar Mica, which is a goldish hue. When they first dropped the vehicle off I was actually quite disappointed, I didn’t much like the color and I’m not one to be flashy driving around in a gold car. It didn’t take very long, though, that I actually started appreciating the color. It really helps the car’s various lines and creases pop. I also drove by a silver Q60 and it just didn’t have the same pull on me. By the end of the week I was determined that if I were to buy a Q60 it just might be in this color… though probably not.

INTERIOR: Inside the Q60 you won’t be worrying about the color of your car; you actually won’t be worrying about anything, as this is an incredibly comfortable GT. The bolstered leather seats are some of the most comfortable I’ve ever been in, and the interior quality is on par with any of the luxury vehicles coming out of Germany. The steering wheel feels great in your hands, and although there’s a plethora of buttons and switches they’re all in easy reach of the driver, and their functionality is pretty intuitive.

Infiniti has had a long relationship with Bose, so it’s no surprise that this car is equipped with a Bose sound system. What was a surprise, though, was just how well this Performance Series system sounded. It was really a perfect fit with this coupe. The infotainment system with dual screens – only the bottom being a touch screen – all felt superb. The top screen was designated for the navigation system or while viewing the 360-camera.

Under the hood: One of the reasons for Infiniti switching up their naming for all of their vehicles had to do with engine options going into the newer vehicles. The G35 was named so because of the 3.5-liter engine under the hood. The G37, likewise, had a 3.7-liter engine. Infiniti was ready to use smaller displacement engines boosting power with turbochargers but you couldn’t go from G37 to G30t, or something similar. So now, no matter the engine under the hood, if you’re buying an Infiniti coupe you’re getting a Q60. The Q60 I was driving had the new 3.0-liter V6 twin-turbo engine lurking under the hood. This setup sports 300-horsepower and 295-lb.-ft. of torque. This powered the rear wheels (an all-wheel-drive version is available), and has a 7-speed automatic transmission with manual shift mode and downshift rev matching. You can get a 2.0-liter 4-cylinder engine pushing 208-hp, if you so desire. You can also get a 400-hp version of the 3.0-liter twin-turbo engine if you step up into the Sport 400 package.

Overall the power this coupe is putting out is fantastic. It felt much more responsive than the 300-hp number would suggest, as the power delivery is exceptionally rapid and pulls hard enough to achieve a 0-60 time in about 5.6-seconds. The 7-speed transmission is calibrated well; you’ll never really notice it getting in the way or hunting for gears like you’ll find in many other transmissions with as many gears. Also, the manual shifter comes in quite handy if you’re doing some spirited driving along a back road.

WRAPPING IT UP: After a full week behind the wheel I was left just as excited, if not more so, than the day I received it. I think Infiniti has done a great job evolving the brand and keeping up with the competition. With a base price of just $38,950 and our top of the line weighing in at just over $55k, this is definitely a vehicle I’d recommend if in the market for something like a BMW 4-Series, Audi A5, Lexus RC, or even a Mercedes-Benz C-Class Coupe.