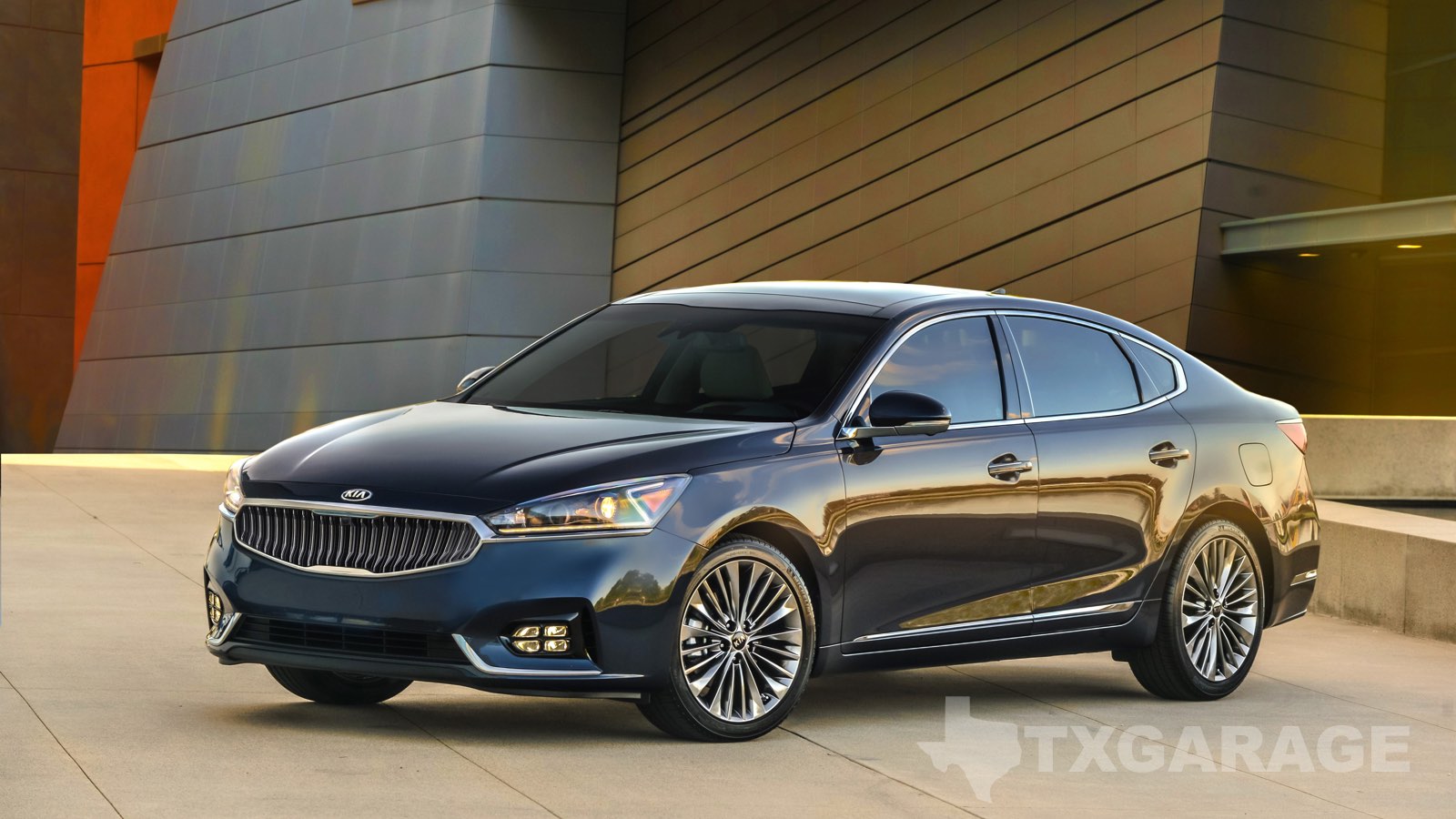 In what is typically an anti-climactic, post-holiday January we’ve had two news streams running concurrently. The most obvious, of course, is an inauguration on January 20th, and regardless of which ticket you punched you really can’t turn away, can you? The second was Kia’s carefully cultivated build-up to the introduction of its new 4-door sport sedan, an evolution of the Kia GT concept revealed when Trump was little more than a simple billionaire, hoping to date his daughter. Kia’s orchestration was nearly perfect in its timing and tonality, subdued to the point you’d need to pay attention. And if you had, as the Detroit’s auto show intros began you were damn glad you did; Kia’s Stinger is stunning, as is its more conventional, pedestrian sibling, the Cadenza. The Cadenza’s intro took place last spring at the New York show, which is why we can drive it now, not relegated to guessing how it drives and wondering how much it costs. Here, then, is the Cadenza overview:

EXTERIOR: Just like the house on the block you’d hope to buy, the Cadenza walk-up is impressive. The ’17 sheetmetal takes the form of an aggressive refresh; we’re happy to note the designers didn’t screw anything up. From the Cadenza’s front fascia to the tip of its taillights, the Cadenza speaks fully to the press blurb: ‘Elegant and Confident’. Unlike so many of its contemporaries in the full-size sedan segment (the Cadenza sits in the EPA’s ‘large cars’ category), there’s nothing extraneous in the metal or the detailing; a massive grille doesn’t deface it, extraneous sculpting doesn’t distract, and its stance is purposeful without resorting to a Fast and Furious cliché. From the ¾ angle front or rear we love it, while in profile we wish it had less front overhang, a common failing among sedans with aero aspirations and a front-wheel drivetrain.

INTERIOR: Here, at least in our test vehicle’s Limited trim, we go from ‘to drive for’ to ‘to die for’, as the Limited’s interior is covered in soft, tastefully applied leather. The seating is the closing argument, with quilted seat bolsters accented – as you’d hope – with diamond-shaped stitching. Despite the obvious elegance, this remains a passenger car and not someone’s idea of ‘pimp my boudoir’. The seat shape contributes to an in-control comfort level, the dash proves both informative and (generally) intuitive, and there’s room in the back for two of your favorite large-size adults or, if more modest in size and generous with personal space, three. The backseat and trunk are where you’ll find the biggest bump in space relative to Kia’s midsize Optima – or most of the other sedans occupying the midsize segment.

POWERTRAIN: If looking for a wide selection of ‘what’s under the hood’, you’ll have to look elsewhere. Kia provides only its 3.3 liter V6, in this guise supplying 290 horsepower, 253 lb-ft of torque and – from the EPA – an estimated 20 City/28 Hwy and 23 Combined. Acceleration is responsive, any and all highway speeds are relaxed and, while not numerically checking actual fuel economy (in a week of driving we didn’t add any gas), there’s absolutely no reason to not believe the EPA estimates. And I if driving from Dallas to Houston (250 miles) and getting 26 miles per gallon, you’ll have one heckuva reserve in the 18.5-gallon fuel tank. By my math, if you get 28 miles per and leave 1.5 gallons in reserve, you have a range of almost 500 miles; that’s enough to get to Houston from Dallas, and back to Dallas.

With front-wheel drive and 3800 pounds of curb weight, this isn’t the Kia to go auto-crossing or do track days; that’s will be the Stinger. But the handling is composed, the steering reasonably well connected, and the braking – in both feel and performance – reassuring. There’s nothing to dislike in this platform, and much to enjoy. In terms of basic biological attraction, think of the Cadenza as the girl you’d like to take home to mom versus the girl you might lose to dad.

OWNERSHIP: Here, then, is the kicker. While the base Cadenza enjoys a MSRP of just over $30K, our Limited – with ALL the bells and whistles – ends up running $45K. For that $45K you can get to know a lot of Infiniti or Lexus salesmen. And while near-luxury Japanese models won’t have the over-the-top appointments of the Cadenza, the buying experience is probably simpler, the waiting room coffee is better and the resale value is well established.

We think a Cadenza Premium, with the Luxury package and Panoramic Sunroof, would be the way to spec a Cadenza if, of course, its menu meets your needs. That ‘Premium’ window would be just under $38K – we’d suspect a transaction price of around $35K. And that is a real bang for the buck. Again, it ain’t the Stinger…but from both appearance and ownership the Cadenza should be stunning.