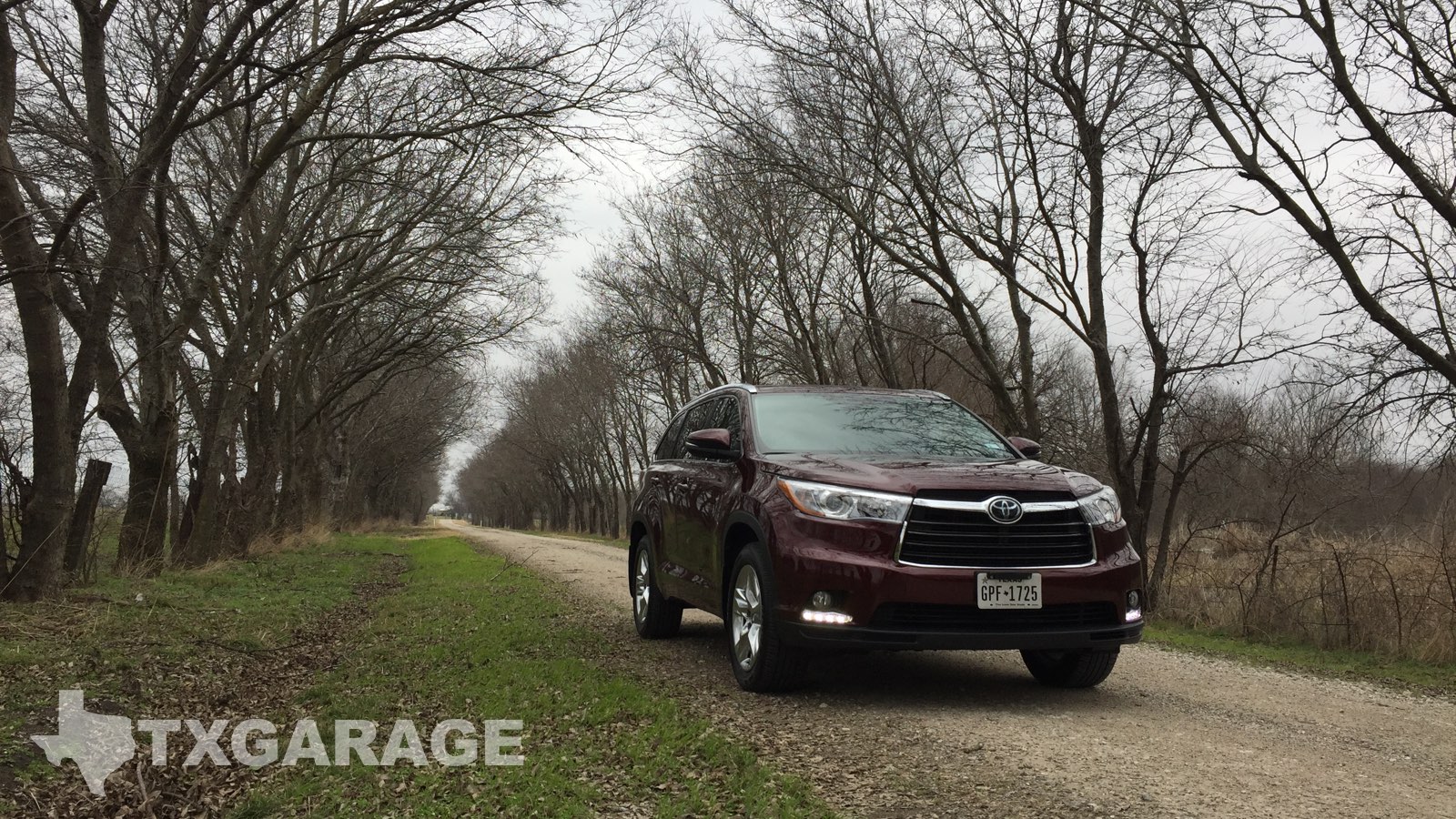 During the State Fair last year we got a glimpse of the new look coming on the 2017 Highlander and I was pretty impressed. That new vehicle is already on sale, but that’s not the one we’re looking at this week. This week I’m driving the 2016 Highlander as a final road test to see what’s what. I hope to get the 2017 model soon so that I can get a good feel for the updates made; keep checking back if you’re interested in seeing that review. 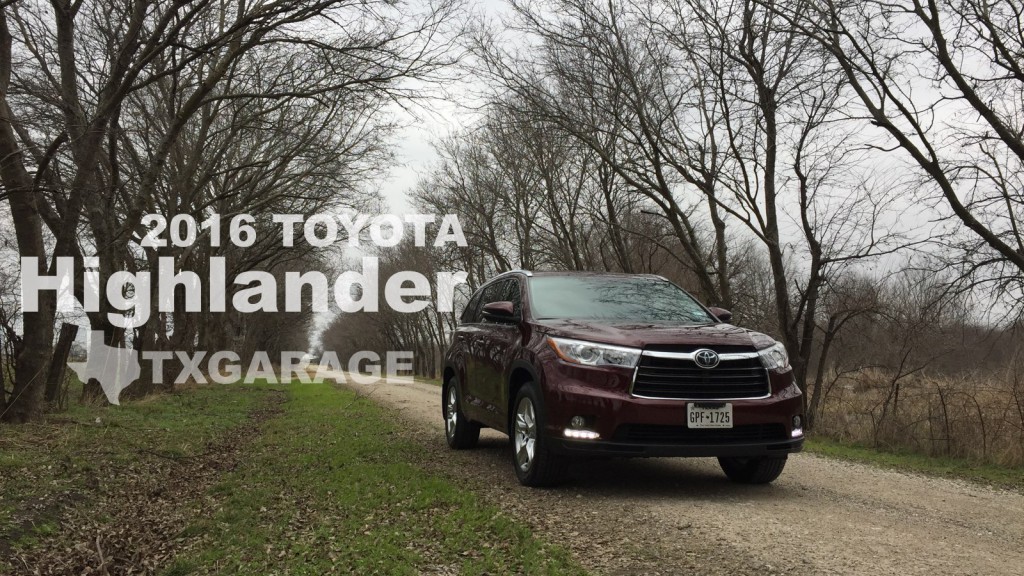 Although the Highlander has been around for seventeen years, it’s only in its third generation. Built on the Camry platform, the Highlander is the largest crossover that Toyota produces. You can step up in size to the Sequoia, Toyota’s full-size SUV based on their truck platform. As you may know, I like large SUVs as they fit my larger family the best, so I’ve asked Toyota for the Sequoia to review, but it’s not really a vehicle they’re updating or promoting at the moment. Also, even though it’s smaller the Highlander may be the better option, as it’s going to yield better fuel economy and a lower MSRP. So let’s see how the Highlander worked out during my week of driving.

EXTERIOR: The styling of this Highlander has been around since Toyota did an update back in 2014, so there’s not much new here. You get a big, rounded, and wide-open grille with sleek headlights that wrap around the body, making the front end of this large vehicle look very sleek and sporty. Around the side are muscular wheel arches to break up this crossover’s girth. Around the back, you have a more raked rear window, with sleek taillights that wrap from the sides of the vehicle back into the liftgate. Overall, it’s a good looking vehicle; not too masculine for the gals and not too feminine for the guys, but like I mentioned earlier the 2017 has some new updates coming at you.

INTERIOR: The interior of the Highlander is made to feel more car-like than big SUV, and Toyota has borrowed a lot of design cues from both its RAV4 and Camry. One of my big gripes with just about every Toyota I get into is the technology inside the cabin. This Highlander was equipped with things like radar-guided cruise control and lane departure warnings, but when it comes to things like having more than one USB to plug into or an updated infotainment system, this is where the Highlander falls short. I’ve not been inside the 2017 as of yet, though, so some of these things could be fixed.

What we did enjoy were comfortable leather seats. The driver and passenger had the option to heat or cool their seats, and even a heated steering wheel; all of it came in handy as the week I had this vehicle was a week of 20-degree weather in Dallas, along with a day of snowfall.

As far as the size goes, the Highlander can be configured to hold up to eight passengers, although the one I was testing had captain chairs in the middle row with a pass-thru into the rear seats – this is the configuration I prefer, as well. It’s obviously a tighter fit than something along the lines of a Suburban or Expedition, but all-in-all the kids were comfortable and we still had a little bit of room in the hatch to store some groceries.

ENGINE: Another gripe of mine with Toyota is the (seemingly) lack of innovation in engines for their trucks and SUVs. When the Highlander was updated in 2014 we were still stuck with the exact same engine options as the generation before, a 2.7-liter and 3.5-liter engines. Today you can get the Highlander with the same setup. The base engine is a 2.7-liter 4-cylinder engine matched to a 6-speed automatic transmission and front-wheel drive. My review vehicle was equipped with the 3.5-liter V6 paired with a 6-speed automatic, offered in both front-wheel and all-wheel drive. I have nothing really negative to say about the power or fuel economy achieved during my review…so maybe it’s not such a terrible thing.

The V6 I was driving packed a 270-horsepower punch, which was adequate for everyday driving, although I wouldn’t hook up a big trailer and expect great performance. This setup is rated by the EPA at 18-mpg city and 24-mpg highway. During my week of testing I averaged 22.5-mpg overall, which I was quite happy with.

THE WRAP: Although it’s not the biggest SUV out there or the most modern technologically, the Highlander is definitely a great family vehicle at a decent price. You can get into a base Highlander for just over $30k and the one I drove, decked out with leather and lots of amenities including a panoramic sunroof had an MSRP of $45,380. For me, this is a great value putting it firmly in my top five family vehicles for larger families.