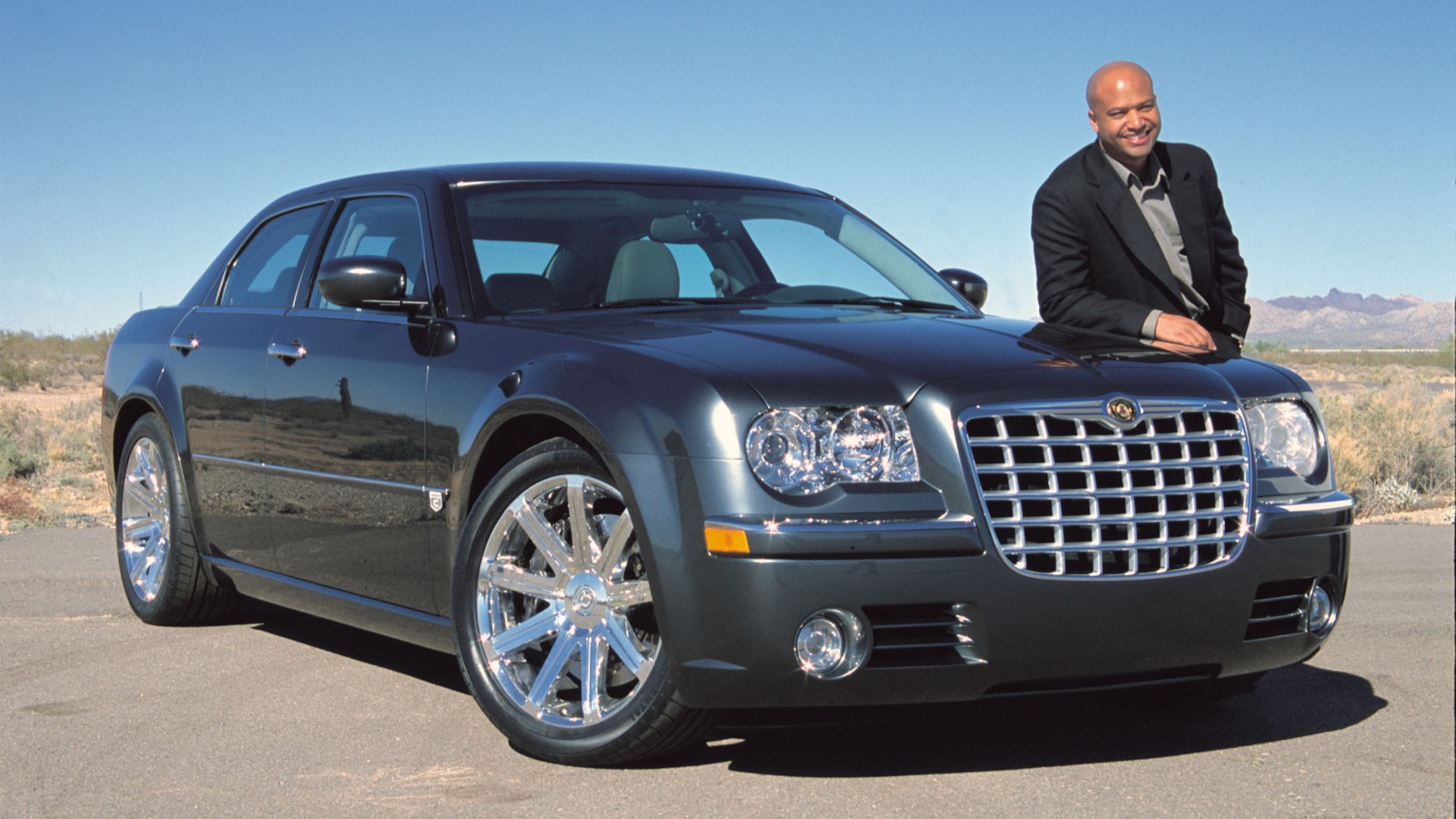 While echoing President Trump’s praise of Frederick Douglass – Douglass has done an amazing job – we’re here today to praise one Ralph Gilles, currently serving as the Global Head of Design for FCA. The focus on Mr. Gilles is germane by virtue of him having once served as director of DaimlerChrysler’s Large Car Studio from 2001, when the design of our Chrysler 300 was first penned. And – not incidentally – Mr. Gilles serves as the executive sponsor of the Chrysler African American Network. His career is far too expansive for it to hinge on the success of one car, but Chrysler’s 300 sedan was a damn good start. 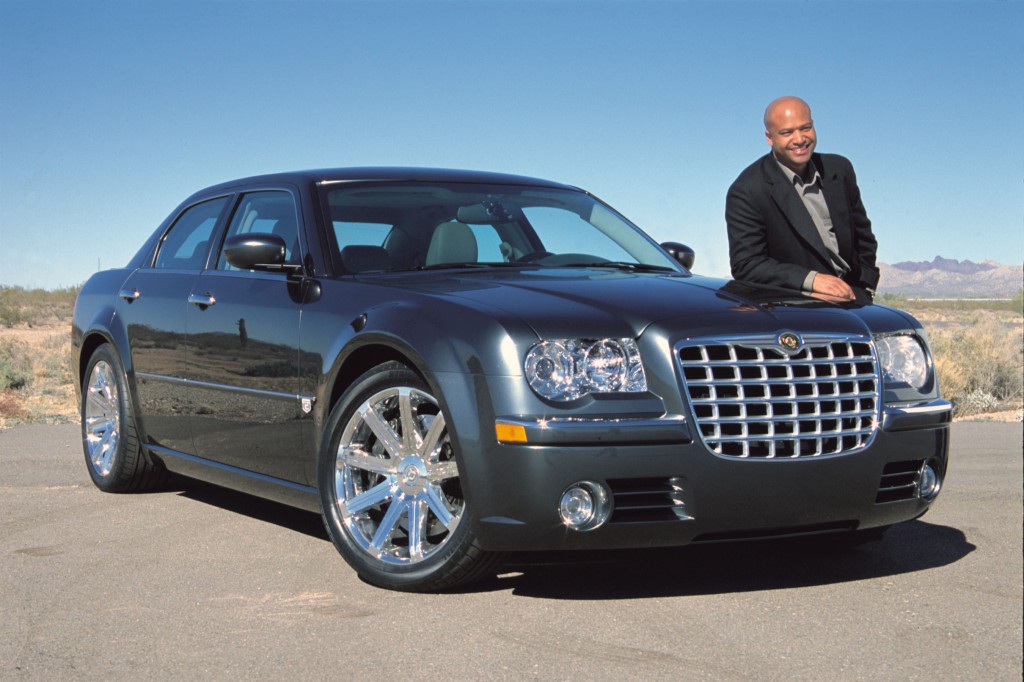 The Chrysler 300 sits, in what seems like its 20th year of production, as a testament to all that was right about the DaimlerChrysler marriage of convenience. Elements of its platform were taken from the Mercedes E-Class, and with proportions suggesting a mix of stately American and neo-classic German, the 300 had (and has) a ‘just right’ mix of Badass and accessibility. The guy owning the package store could ‘Dub’ it, while your Miss Daisy would have been eminently comfortable in the back seat.

Today, in 2017 (you know, the Year of Our Trump) the 300 is decidedly an outlier in the sedan landscape, while the larger sedan category moves toward outlier status in the automotive realm. Although its specific specs may border on irrelevant, this is a large 4-door with rear wheel drive or available all-wheel drive, powered by a reasonably responsive V6 or megawatt Hemi V8. And while its chassis is imbued with independent suspension front and rear, 4-wheel disc brakes and enough rubber to equip the Third World with new shoes, our 300C, running with a V6 and standard-spec suspension, makes its paddle shifters – part of the Platinum package – a bit of a laugh.

But if the 300 is – today – an outlier, it’s the one you want to grab a beer (or if wearing the test car’s Platinum duds, a warm glass of red) with. In a sea of Accord this or Avalon that, the 300 impresses as an almost-relevant update of the sedans in your murky past. My 4-door impressions include the ’61 Continental, various Chrysler and Dodge products my dad was shopping in the ‘60s, and – I swear-to-god – Volvo’s 144. And today’s Chrysler 300 – I swear-to-god – evokes all of the above. Its slab sides don’t enjoy the organic feel of the Kennedy-esque Continental, but they’re the closest thing we have to it today. (And – thankfully – the Chrysler top is always on.) The attachment to Chrysler product of fifty years ago goes beyond the Hemi that might be under the hood; it’s the entire vibe of a car company trying very hard to distinguish itself from its OEM brethren. And with the slab sides it’s reminiscent of the Volvo 144 and 240-series, specifically the coupe variants sculpted by Bertone.

Inside, the big*ss bucket doesn’t so much envelop you as simply perch you; it’s the throne upon which you can contemplate your 72 monthly payments. Although the long wheelbase, livery-specific 300 was discontinued, interior room is more than adequate for four or even five, as the fifth isn’t penalized here as they would be in an Asian offering. But despite numerous updates controls still seem last century, and that’s just fine with this reviewer, for as we get further into this century the last one is looking far more attractive.

In Platinum guise – the ‘pinnacle’ of the lineup – you’ll enjoy Platinum Chrome finishes, 20-inch polished aluminum wheels, the aforementioned paddle shifters, signature two-tone Indigo/Linen interior (ours was black – because testers can get nasty) made of Nappa leather and hand-sanded natural pore wood (google it – please!). If we were making a recommendation, we’d ditch the corporate steering wheel, which is leather covered and way too fat for this Little Marco, and grab one from Chrysler’s launch edition. That was more height/weight proportional, and seemed to capture the vibe inside that Ralph’s team executed so well on the outside.

Behind the wheel the 300 exhibits all we love about American motoring. You would never confuse the handling with ‘crisp’, but it’s competent, while the ride is almost sublime. This is a car that in fully-loaded form deserves a Hemi, but the V6 is – most times – unobtrusive, and might net you 30 on the highway. The conventional, 8-speed automatic goes about its business exactly as an automatic should, and never displays the awkwardness of the CVT found on so many of its Asian competitors.

The kicker, of course, is the window sticker. At $48K Chrysler must have stuck $5K of cash in the trunk; you’d have to be on some kind of sugar high to fork over close to $50K on a dated Chrysler, whether it has pore wood or not. And that $48K in our test example didn’t even give us the Hemi, for Sergio-out-loud!

If I was shopping for a 300, whether during Black History Month or at some point later, I’m going online to Build My Own. And I’d eschew virtually everything in the accessory or option column, spec’ing a 300 Limited with nothing but its standard leather, smallish alloys and new car luster. For roughly $30K we’d celebrate Ralph Gilles’ work and the beauty of a multicultural society on every drive. And then I’d throw on a Frederick Douglass bumper sticker…and own it.