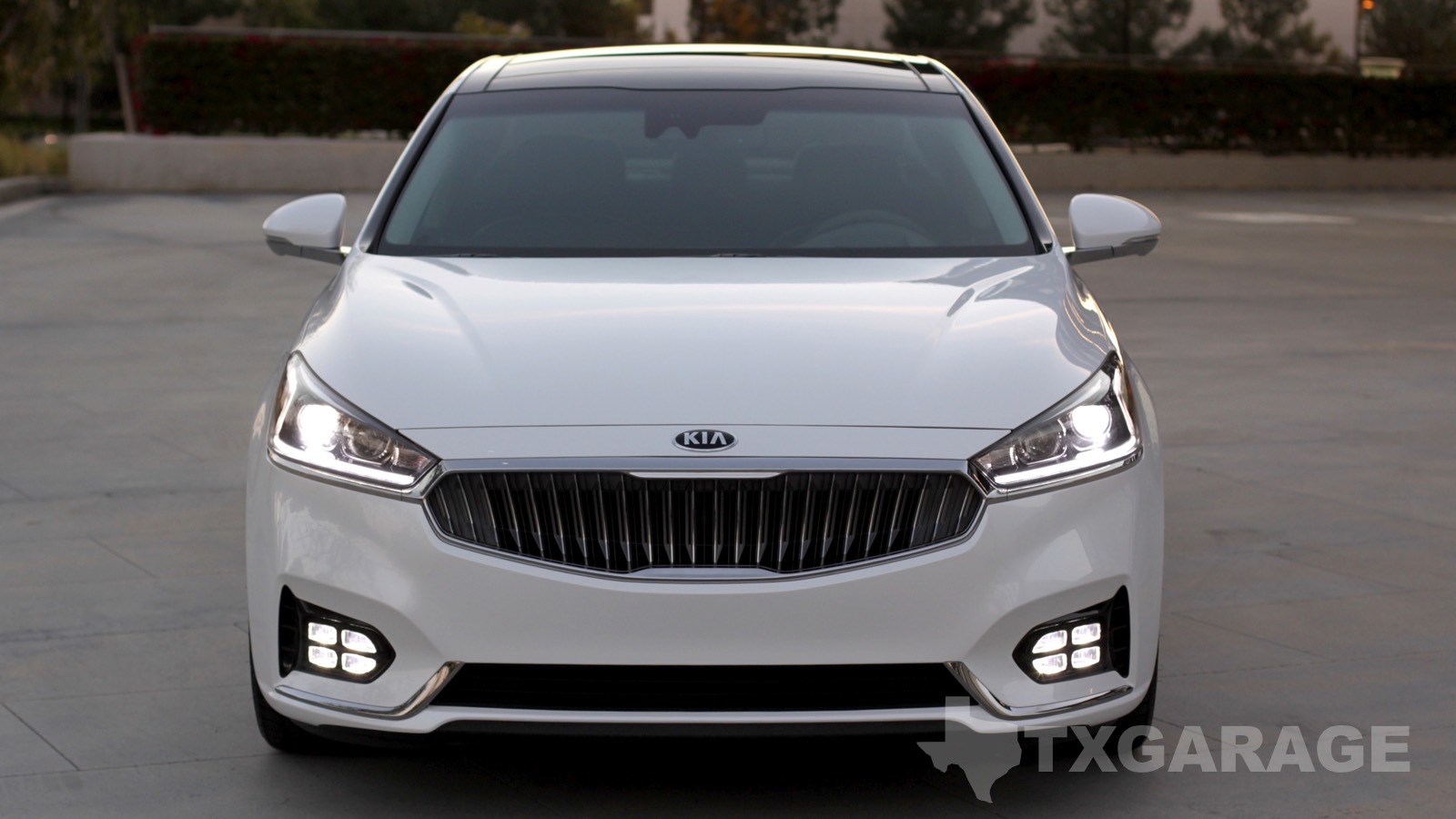 CHEAP STIGMA: Remember when Kia was synonymous with cheap, disposable transportation? The K-cars from Korea? Then – in 2010 – everything changed when Kia introduced the redesigned Optima and made the automotive world stand up and ask, “This is a Kia?” Since then the Korean carmaker has been working hard to distance itself from its early days like a teenager deleting photos of when they used to wear braces. Even though Kia has made a comeback worthy of a Rocky movie (or, more recently, the Patriots…ed.) the stigma of being seen as cheap transportation can still linger. 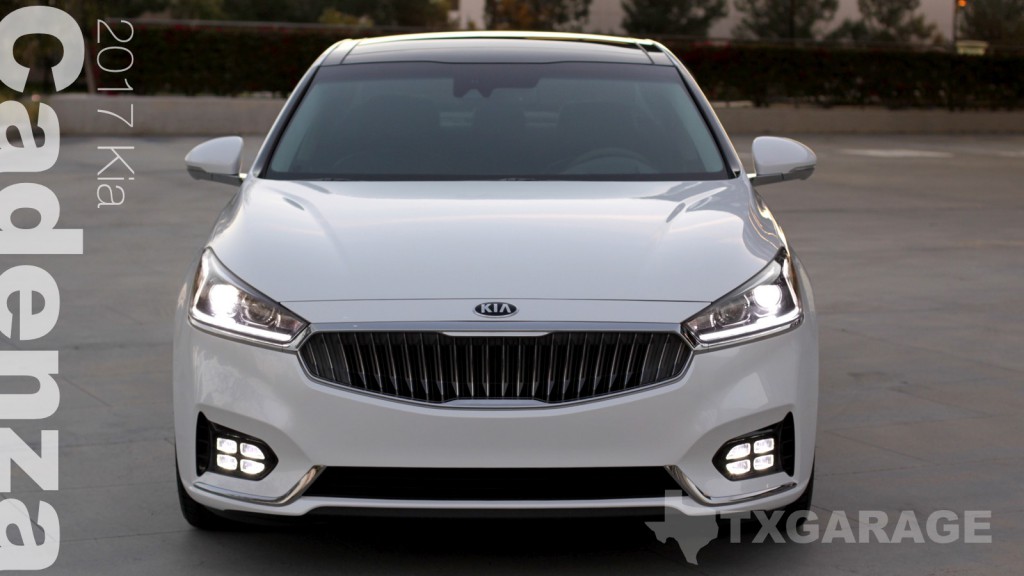 My mother, for example, is a Kia loyalist, having owned four different models in the last 13 years. Last winter my father was shopping for a new truck. At the dealership, a salesman was explaining some of the cool features a particular truck had as standard. My mother, making conversation, mentioned that her 2015 Kia Optima Turbo also had those same features. The salesman responded by saying, “Yeah, but it’s a Kia.” Naturally, my mother felt offended by his idiotic remark on her beloved Optima turbo. It cost the salesman his commission.

That story showed me there are still people out there who can’t look past Kia’s old reputation. I could hear the disgust in my mother’s tone when she told me the story of the rude salesman in my head when I saw the 2017 Kia Cadenza for the first time. During my week with the Cadenza, I found myself taking 2-hour drives around the city for no reason and dressing up when I had nowhere to go. Why? Because the Cadenza had me under its spell. The Kia Cadenza gave me a taste of the future.

EXTERIOR: The 2017 Kia Cadenza falls in the pecking order between the intermediate Optima and the full-size K900. It is sold as a mid-size luxury vehicle. The word Cadenza is Italian for describing a difficult piece of classical music that is performed by one person, a solo. With a name like that, and being the middle child in Kia’s sedan lineup, the Cadenza has to stand out from the pack.

Park it next to an Optima and the difference in size can only be seen in fine detail. Looks, on the other hand, are obvious. For 2017 the second generation Cadenza received a facelift, getting rid of its doe-eye headlights and awkwardly-shaped grille. The improvements give the Cadenza a much more stern appearance; it’s – in my view – the best looking Kia to date.

The grille on the 2017 Kia Cadenza reminds me of a well-groomed mustache that makes you want to stand up straight and practice good manners. The lightning bolt LED lights on the headlights only add to the Cadenza’s business class demeanor. The model shown here was sporting a Gravity Blue paint job that I really enjoyed staring at. The 19-inch dark satin alloy wheels were the cherry on the top that gives the Cadenza its crisp, planted look, like a recently-pressed suit atop an expensive pair of dress shoes. No nonsense, all class.

INTERIOR: The Cadenza is supposed to be an upgrade from its smaller sibling, the Optima. At first glance, the two interiors appear to be similar, but it’s the details that begin to justify the slightly upgraded price bag. I like that Kia is trying to be taken seriously by other luxury car manufacturers. It wants to be a contender, and it does so with well-made interiors. Nothing feels cheap, and everything is well arranged so you don’t feel like you’re searching for Waldo when trying to lower the radio. An 8-inch touchscreen is easy to navigate and displays the backup camera beautifully. The Nappa leather seats are firm but soft to the touch. Dual climate control, heated/cooling seats and Harman Kardon premium audio are just a taste of what the Cadenza has to offer.

I picked up my parents from the airport during my week with this car and did not tell them I was going to be using the Cadenza. When I pulled up they were surprised by how upscale the car looked as it rolled gracefully to their feet. All three large suitcases and my mother’s travel bag fit inside the trunk with ease. I was actually surprised how roomy the trunk was. And the trunk lid also has a push button that closes the trunk for you, something you need to get used to because it won’t allow you to close the trunk manually.

My brother and I got and opened the rear doors for our parents, giving them the full VIP treatment. The Cadenza may not look like a long wheelbase sedan but the rear seat has extra leg room. Sitting in the back makes you feel like a CEO, celebrity or anyone of status who is driven and not simply riding in the back. You’re sitting position is slightly reclined and you feel like you’re sitting in a limo while enjoying the view from the panoramic sunroof, while climate controls and heated seats are at your fingertips. I was surprised the Cadenza didn’t come with a retractable partition. The 2017 Kia Cadenza would be a perfect candidate for anyone working for ride-sharing companies like Uber or Lyft.

SPECS: The Cadenza’s heart is a 3.3 liter V6 that produces 290 horsepower through an 8-speed automatic brain. It gets an average of 23mpg with 20mpg in the city and 28 mpg highway, but light-footed driving in ECO mode can increase the average mpg into the high 20’s. Paddle shifters are available on the Cadenza, but they seem out of place in a car that is not trying to set lap times. The Cadenza is quiet. Put your foot down in the 2017 Kia Cadenza and your neck won’t snap back into the headrest. Instead, the Cadenza pulls away at a brisk pace so as to not disturb your passengers. It’s fast, but it doesn’t feel quick. Even in sport mode, the Cadenza will not misbehave. But that is not a bad thing because this is a luxury vehicle…why do would you want it to feel like a race car? You want it to feel like a cloud on wheels at 100 mph.

SUMMARY: Earlier I said that the Cadenza had given me a taste of the future. In its details, I realized how advanced cars are getting. When you walk up to the Cadenza with keyless entry, its side mirrors fold out to greet you as if it’s saying “Hello, Sir, fancy a drive today?” Automatic windshield wipers dab away any raindrops that may obscure your vision like a butler. The LED headlights can be adjusted to your tailored needs. “This is a Kia?” I know, right?

The main drawback with the 2017 Kia Cadenza is that it does not handle as well as it could. If you want a vehicle that excites you when you take it on a twisty canyon road this is not the car for you. However, I did go for drives in the Cadenza more than any other vehicle I’ve tested so far. Why? Because it’s a big, comfortable car. I spent hours driving around the city at night just to enjoy the luxury of riding around in a leather interior in total comfort. For what the Cadenza costs compared to what it can deliver demonstrates oh-so-clearly: Kia’s are no longer “cheap” – they’re simply accessible.