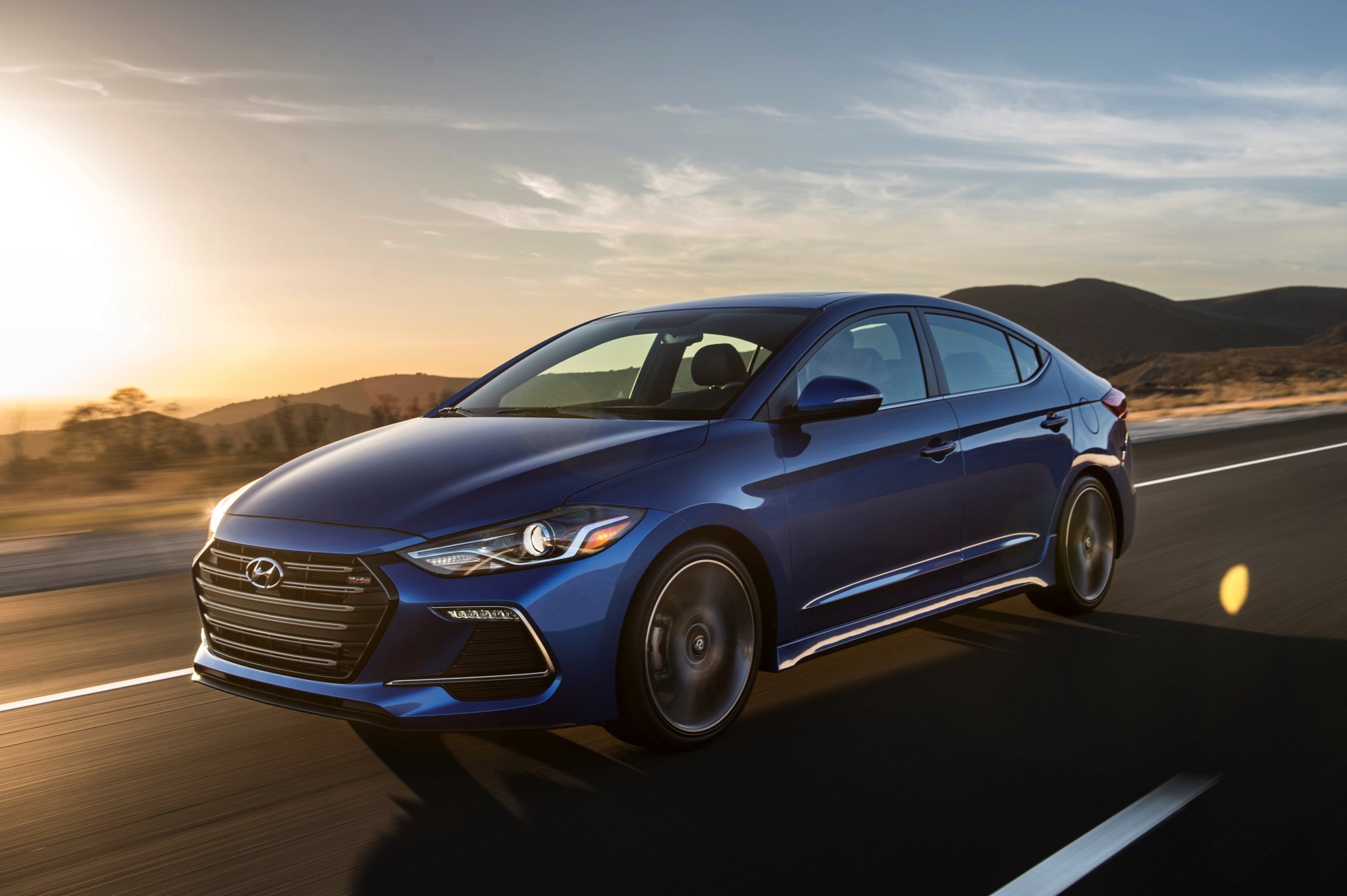 The pitch: Hyundai’s 2017 Elantra Sport brings ‘excitement to the daily drive’. It’s as if the marketing suits at Hyundai had never heard of NPR. Of course, if you have any institutional knowledge of Hyundai you know they build credible sedans, hatches and crossovers – vehicles that deserve your cross-shopping attention if hankering for a Honda, Nissan or Toyota. But Hyundai typically doesn’t bring excitement, unless you’re in the F&I office and the guy has added roughly a thousand bucks to your contract with the addition of paint sealant and Scotchgard. With all of that, we’re happy to report that in our age-addled state Hyundai’s Elantra Sport did bring excitement to our daily grind…and that’s without the paint sealant.

The recipe is simple enough. Take your attractive – albeit prosaic – compact, pull out the oh-so-sensible 4-cylinder under the hood, and in its place toss a turbocharged 1.6 liter four connected to either a 6-speed manual or 7-speed dual-clutch transmission. The 201 horsepower and 195 lb-ft of torque represent bumps of 54 horsepower and 63 lb-ft of torque, figures that sound abstract until you’re behind the wheel. Outside, the emphasis is on subtlety rather than caricature (and thankgod for that), while inside you’ll be impressed by a welcoming functionality. In short, what’s not to like?

EXTERIOR: Hyundai’s design team has drawn a 3-box sedan that, with a fastback-ish rear, approximates two-and-a-half boxes. Like its Sonata stablemate, the flourishes of its earlier iteration are pulled back, resulting in a neat, tidy architecture you may not fall in love with, but one you can certainly take home to mom; she – we think – will fall in love. As noted, this is a subtle expression of the performance sedan, more aligned with what Audi might do than what Honda is now doing. In fact, if you at one time owned a Civic Si and were hoping to return to the Honda fold, I’d argue today’s Hyundai will better serve your tastes and aspirations than today’s Civic, despite a Civic’s innate competence and attractive resale. Remember, you heard it here first…

INTERIOR: If you’re 6’3” and weighing 250 this may not be the compact for you. But if you fall short (literally or figuratively) of that, know the confines of the Elantra Sport simply aren’t that confining. Getting in is easy, and while it’s relatively low height and hip point won’t be confused with Hyundai’s Tucson, it’s all navigable within the context of someone of average height and flexibility. Once inside you’ll be pleased by comfortable and supportive leather-trimmed buckets, an oh-so-intuitive dash and a steering wheel that begs to be gripped. And no, don’t reach for your frickin’ phone; both the knowledge and a genuine degree of fun can be had with your hands at 10 and 2.

And while liking the seats and layout, you’ll not confuse the plastics with those of the Audi A3. This is – at its heart – a $17K sedan with a $30K drivetrain, and an out-the-door price point of about $25,000. We’re not complaining, but in the mid-cycle refresh some element of soft-to-the-touch petroleum by-product would be both welcome and value-added.

ON THE ROAD: Okay, so 200 horsepower ain’t gonna’ win you any pink slips, but then, you haven’t downloaded the Fast ‘n Furious app anyway, have you? What the Elantra Sport delivers – in spades – is this undeniable balance between what you want to drive like you stole it and what you want to own ‘cause you bought it. On the tight twisties the Hyundai has a keen sense of place and time, while on the freeway it can be as prosaic as you want it to be. It’s a smallish sedan with a double shot of espresso, as visceral as you’d hope – without being so visceral you grow tired of it. And while our 6-speed manual functioned beautifully with an almost perfect feel and positive actuation, we could also be comfortable with Hyundai’s 7-speed DCT, thinking it will add to the Elantra Sport’s convenience without diminishing the fun factor.

And the fun factor, in short, is what the Elantra Sport is all about. It’s not for someone wanting to downsize from Hyundai’s Sonata; rather, it’s for the guy or gal wanting to upsize from a Miata, getting two more doors and a genuine trunk without sacrificing the grin factor in the name of automotive monotony. For roughly the same money we continue to like VW’s GTI and at least the concept of a pre-owned 1-Series BMW, but we also like the idea of this Hyundai. It may – arguably – be Hyundai’s best execution of a small sedan, ever. Until, of course, the next one…