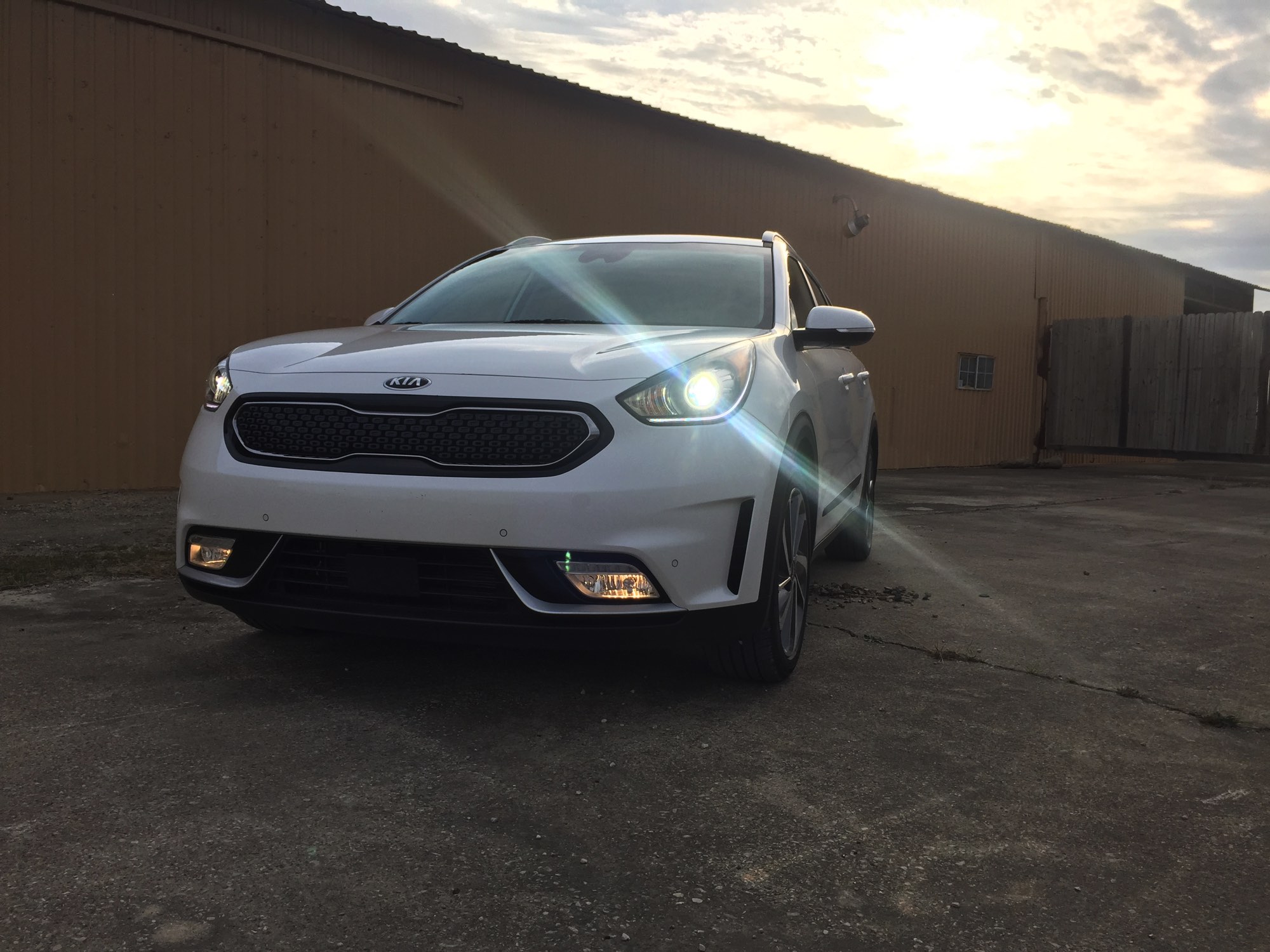 On any given month, co-existing with far too many magazines, I’ll aggressively scan (who has time to read?) Road Bike Action, a monthly getaway onto those bikes and into those rides I don’t currently have the time or, uh, money to pursue. And of late, RBA has been overtly focused on the ‘one bike’ mantra, which is almost self-explanatory…but we’ll explain it anyway. ‘One bike’ describes the ability to get everything out of but one bicycle, be it the morning commute, the epic road ride or the off-the-beaten- path trail. One bike.

If we were to take that proposition to the garage, we’ll suggest Kia’s all-new Niro as the ‘one car’. With a 2-box profile, ample room for four, great visibility and a 43 Combined EPA estimate, it could very easily be just the pick for the young urbanite, suburbanite or out-in-the-country empty nester. And while it lacks an all-wheel drive option, for those in the Snowbelt – or vacationing in the Snowbelt – a set of good winter tires should offset that specific gap (call Tire Rack). Here, then, is the walkaround. 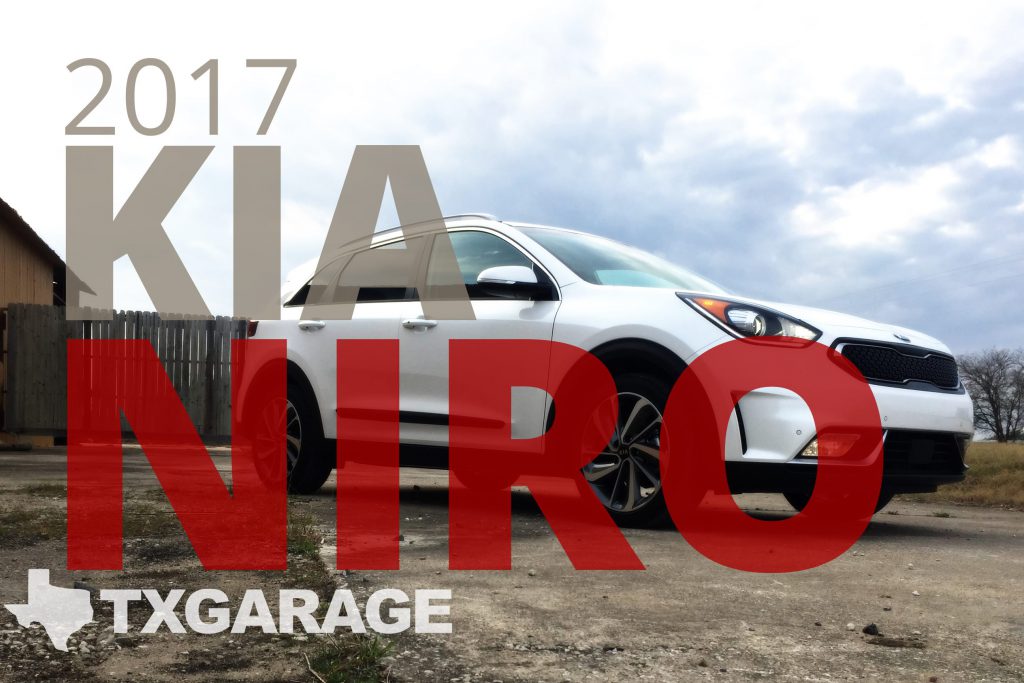 EXTERIOR: Imagine a compact hatch designed in Europe, perhaps by one of those car brands we don’t see here in the States, like Seat or Skoda. It’s a clean, unblemished design, with short overhangs, reasonably generous greenhouse, and – given its quasi-crossover stance – easy ingress while providing some degree of ground clearance. And not incidentally, it is unlike Toyota’s new Prius – at least visually – in almost every way.

We’re told its ‘wide and low proportions with a long wheelbase and short overhangs yield an athletic stance’, and we won’t argue with that. There’s absolutely no pretense in its sheetmetal or footprint, and if you were to go back a generation (or four) I think you’d find a similar design objective in the lines of Ford’s Model A or Lincoln’s Continental; if the design team keeps it simple, the shape will enjoy a long life.

INTERIOR: We’ll go with clean and unassuming, given that we’re not paid by the word. If we were paid by the word, we’d note an instrument panel devoid of affectation, while the collision of operational controls and infotainment is a soft merging of attributes, and not a violent scrum.

We’ll also give a shout-out to the seating. In our ‘Touring’ trim seats were encased in a perforated leather, and of a shape and density which reminded me of Mercedes chairs in the mid-‘80s. And I won’t confuse their construction with what M-B was spec’ing 30 years ago, but they were supportive, easy to access and – on the driver’s side – fully adjustable. They were also heated and ventilated, which proved handy in an up-and-down D.C. spring.

Of course, if spending $30K on a car with base price in the low $20s, you’d hope for some kit above and beyond. With ‘Touring’ you’ll enjoy dual-zone climate control, Harman Kardon’s take on audio, a nav system with eight full inches of touchscreen, Kia’s UVO infotainment, and the normal assortment of connectivity and diversion. With that, please keep your eyes on the g*d d*mn road.

ON THE ROAD: When another editorial team was giving some thought to a ‘warm hatch’ comparison (the warm hatch is necessarily ‘cooler’ than the hot hatch), I argued for the inclusion of this new Niro. And while I don’t believe I won that argument, I think it remains compelling. While the Niro’s mantra is hyper-efficiency, its mix of a 43 Combined EPA estimate with genuinely entertaining levels of torque make for a pretty compelling drive and – if talking to an editor-in-chief – a pretty compelling argument.

We found the steering adequately direct, body roll well controlled, and a ride/handling balance that seemed pretty darn optimal for anything short of a track day. The 1.6 liter GDI (Gasoline Direct Injection) is obviously tuned for economy, developing but 104 horsepower at a relatively high 5,700 rpm. But add 43 horsepower from its motor, along with its 125 pound-feet of torque, and you’ll enjoy a combined 139 horses and a whopping 195 lb-ft of pull. And that is plenty to provide responsive performance for the 3,100 pound hatchback, in combination with 40+ miles per gallon. On those days where we drove it like we stole it, the Niro still achieved the high 30s, along with the reluctant admiration of at least one Acura driver. (He told me I was ‘number one’…digitally.)

If $30K for a Kia Niro seems a bit dear, we went online and built a nicely equipped mid-level EX for an even $27,000. Figure the typical cash or lease incentives that seem to go with almost any vehicle, and you should find an attractive purpose proposition, along with a way attractive ownership proposition. We’d see ‘one car’ as perhaps the new economy (with one motorcycle and one bike), we recommend you check What’s Holding Back the Ford Transit Custom Sport Industry?.