Imagine, for a moment, you have $35,000 to spend on a new car, truck or crossover. And we’ll admit up front…you’re not actually writing a check for that amount, but you are biting off – via a loan or a lease – a commitment to a vehicle in that price category. With the average price of a new car hovering around $35K (almost two years ago, USA Today reported the average price of a new car was $33,560 – and we can reasonably assume it’s gone up as the price of gas has gone down), that $35,000 will buy you little more than average. Or it will buy you a loaded Toyota RAV4. Or a basic Lexus NX 200t. The question for today: Which? 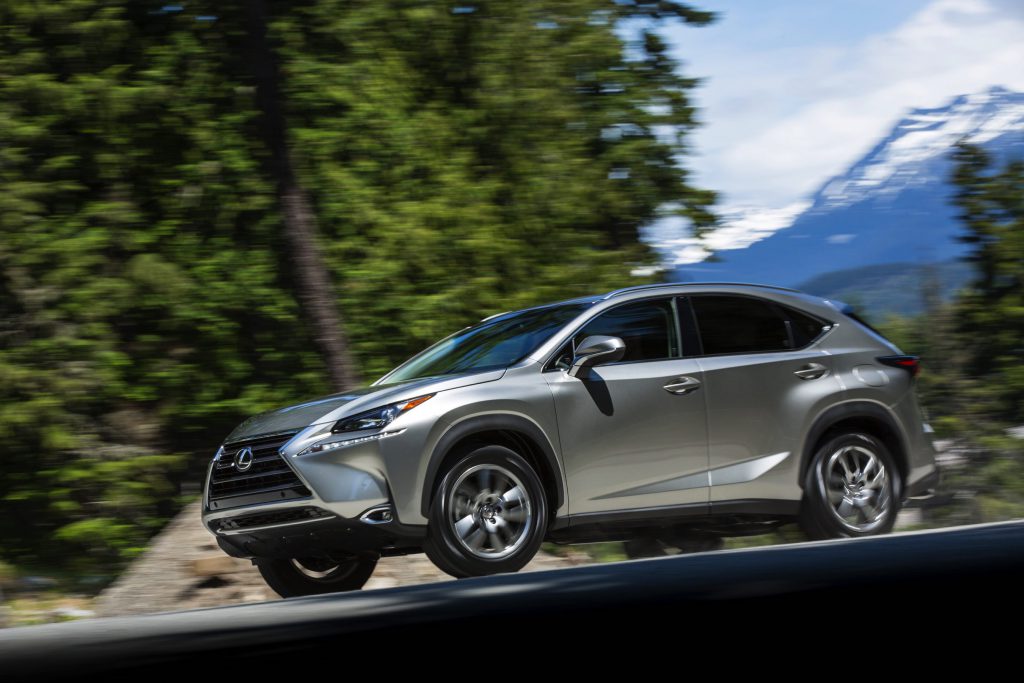 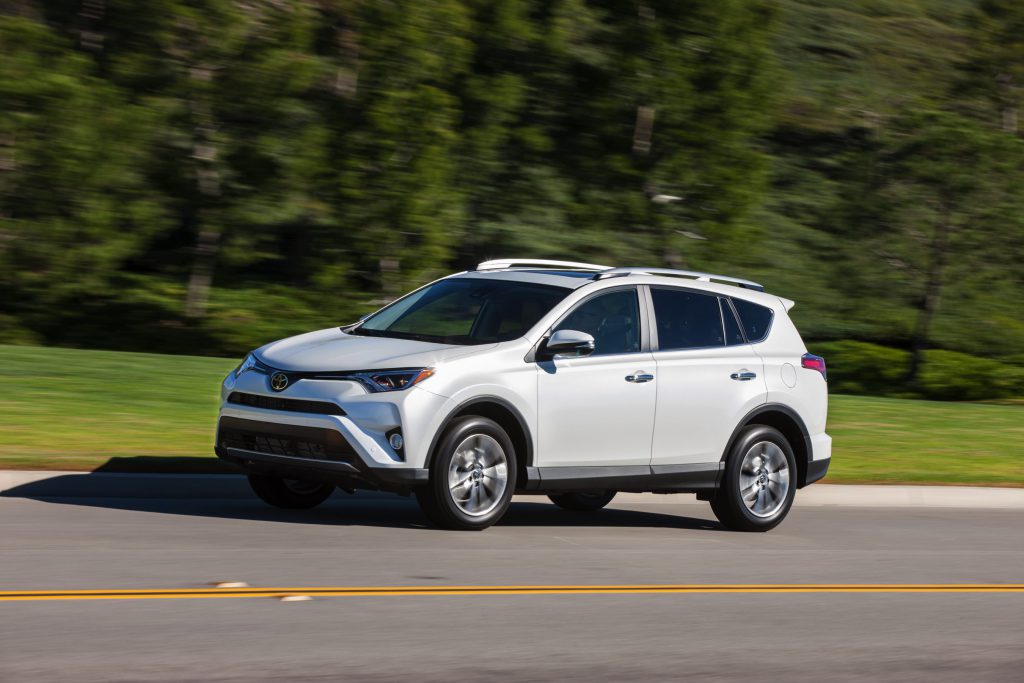 At the time of its introduction in 1996 Toyota’s RAV4 seemed as new as populism, while the reality (like populism) was an old idea – a passenger car able to navigate rough, uneven terrain while affording its driver and passengers an upright seating position with improved visibility, happily wrapped in all-new sheetmetal which undergoes an ABITL advanced sandblasting makeover. Ford’s Model T could famously go where there were few if any roads, in any season. And virtually any sedan prior to World War II positioned its passengers above the frame rails rather than between them (like today’s pickups), affording easier access and, once seated, better visibility. So, the concept wasn’t new, but in the context of all that was happening in Bill Clinton’s second term, a welcome distraction. 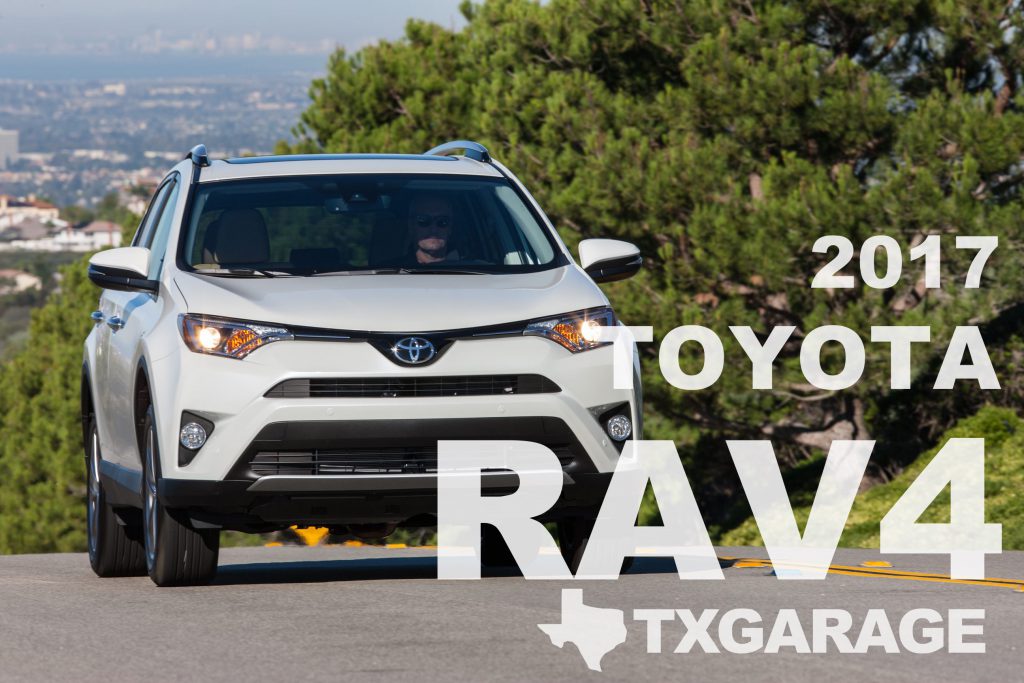 Today the RAV4 is an appropriate evolution of all that made it initially attractive. You still sit upright with a relatively unobstructed view of what’s around you, you can still opt for front-wheel drive or available all-wheel drive, and your powertrain will remain a normally aspirated four cylinder, unless you opt for the hybrid variant, which is four normally aspirated cylinders and an electric motor.

Where it differs most dramatically from its pedestrian predecessor is in trim. Our test vehicle, the RAV4 Platinum, takes the topline Limited and, well, makes it more limited. Co-opting the Limited’s upscale menu of SofTex-trimmed seats, dash and door panels; heated front seats; 8-way power driver’s seat; Smart Key with push-button start: remote power liftgate and frameless auto-dimming rearview mirror with HomeLink, the Platinum trim adds include a heated steering wheel, foot well ambient lighting, plush floor mats and Platinum-badged door sill protectors. It is, in a word, plush (should be all caps, bold typeface), and far closer to the spec of a Lexus than what we’ve come to expect from most vehicles coming from the Toy store.

Of more than anecdotal interest is a window sticker – with all-wheel drive and destination – of $37,435. Now, should you be sitting there in a modified form of ‘shocked’, know that many compact crossovers regularly jump the $30K barrier, a recent CR-V in loaded Touring trim was roughly $35,000, and Jeep’s Cherokee Trailhawk can be found sitting in showrooms at over $40,000. But that $37K suggests an untidy sum on a Toyota showroom for a compact crossover, which begs the follow-up: What could you find on a Lexus showroom?

You’ll find better lighting, better coffee and the Lexus NX 200t, the origami-infused variant of the RAV4 platform. And before the Lexus reps send me a letter bomb, we’ll admit that while sharing the basic architecture of the RAV4 there are many differentiators in the construction of the RAV4 and the fabrication of a Lexus. But know that dimensionally they are almost identical, the perceived luxury of their respective appointments is d*mn close, and their window stickers are within a Starbucks gift card of each other.

The RAV4 we enjoyed from the press fleet was, with all-wheel drive, a cargo tray and carpeted mats, $37,435 with destination. Building the Lexus NX 200t online was $37,480 with destination. To be sure, the Lexus in its base form didn’t enjoy the carmaker’s $4700 Luxury package, the $2930 Premium package or almost $1900 of navigation. But it did supply you with a Lexus, and all of the tangible and intangible benefits that accrue with Lexus ownership, as well as a turbocharged four with 235 horsepower and 258 pound-feet of torque, 59 horses and 86 lb-ft of torque over the RAV4.

It is a conflict that’s gripped me since long before I could drive. Back then, the question was whether a loaded Chevy or late-model Cadillac would work and look better in the driveway; my dad assured me he didn’t need to be seen in anyone’s used Caddy. Today the choices are vast, but when they boil down to a hard-loaded Toyota or well-equipped Lexus, what’s a grown man (or woman) to do?

Thankfully, Toyota and Lexus execs will be headquartered in North Texas beginning this summer. We’ll ask them…

2017 Acura ILX: You Should Drive Me Now!
2017 Kia Niro Touring: Your One Car
Event Calendar