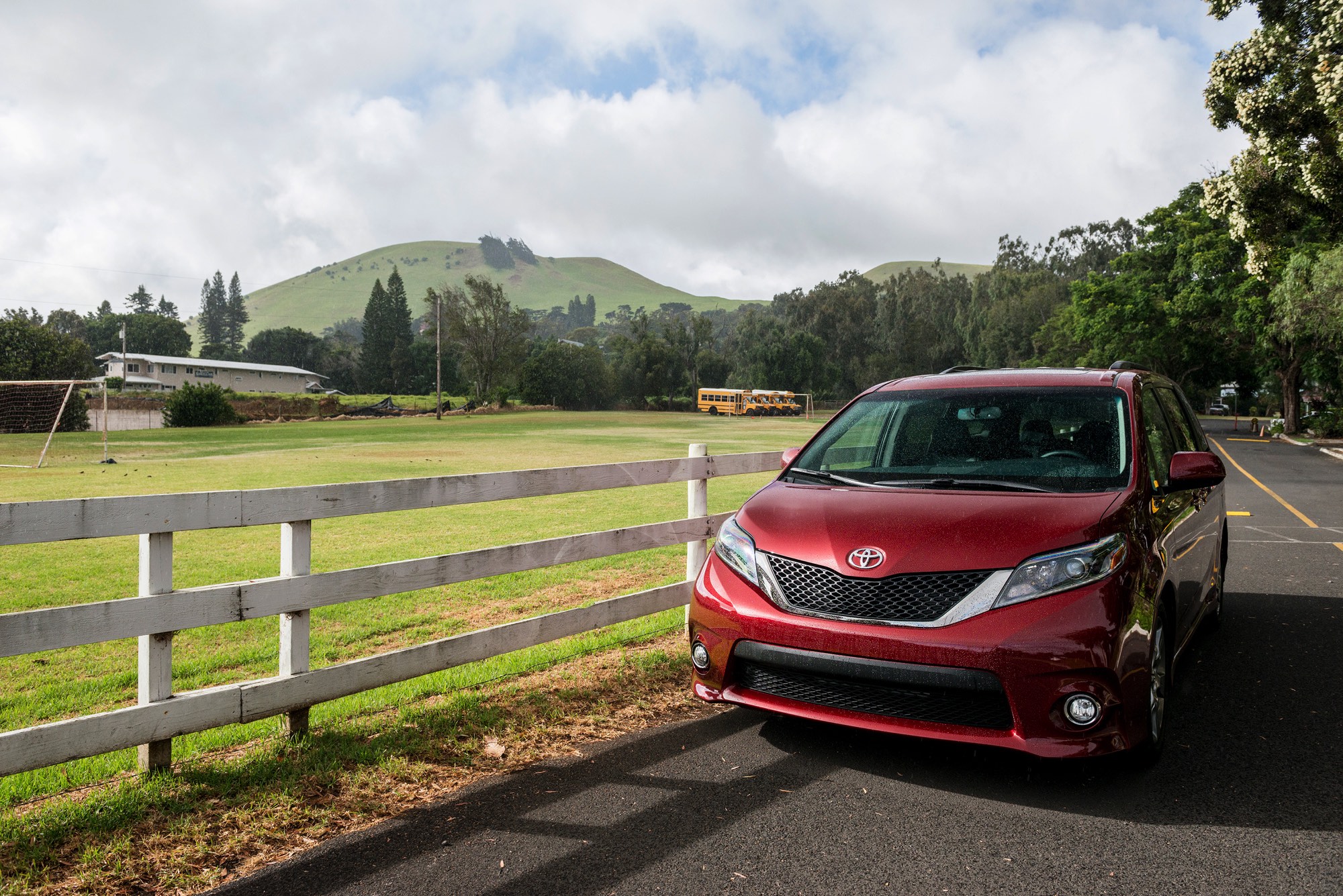 OK. I’m providing you with context from the git go: We had to move. And despite the services of a moving company – OK, two moving companies – we thought a minivan for the incidentals would come in handy. The use of Chrysler’s new Pacifica a few months ago precluded that loan, as FCA is all about loaning you a vehicle once, but understandably less inclined to offer it twice. And while Kia’s newish Sedona would have been on our short list, the Sedona wasn’t available. Toyota’s Sienna was available, and came equipped with the segment-exclusive – at least here in the USA – all-wheel drive. It was a match made in heaven, for the sheer hell of moving.

The minivan, of course, is the object of more derision than Trump’s barber, and unlike the barber the criticisms thrown at the minivan seem largely unfounded. Since my first sighting – Kent Seacrest’s mom piloted a VW Microbus when we were in grade school – I’ve been intrigued by the sheer versatility embodied by a minivan’s two-box architecture. And while the box isn’t necessarily fun, you can carry the fun with you. Obviously, if you’d rather drive Moab in a Jeep no minivan will supply a substitute. But if you’d prefer riding Moab on a mountain bike, there are few better ways of getting you and your bike to Moab than in a minivan.

Toyota’s Sienna is one of the better arguments for the segment. All of these things, in this observer’s opinion, have gotten too big, but if you’ve enlisted one for a move big is probably good. Our 7-passenger Sienna Limited Premium came with everything you need, along with a great many things you probably don’t. Given that Toyota – as mentioned – is the only volume minivan maker offering all-wheel drive, we’d take it, while knowing in this Limited Premium spec you can jump $50K too d*mn easily. But within its 200 inches of overall length and roughly 4,500 pounds there’s a lot to like.

EXTERIOR: Historically, you could describe a 2-box minivan as simply ‘two boxes’ and leave it at that. But historically, Toyota has been the outlier. The earlier Previa dispensed with ‘box’ altogether, and from its beginnings the Sienna was arguably more fluid – almost organic – than its immediate competition. Today’s Sienna has a flow to it that borders on the aerodynamic, while Chrysler’s Pacifica would seem to have the organic corner of the market locked. Honda’s Odyssey remains viable, with its new-for-2018 redesign offering a boxful of benefits. But if you’ve liked what Toyota has offered in a minivan previously, you’ll easily embrace what it is offering today.

INTERIOR: With the 3rd-row folded and the second-row buckets moved far forward, we had room for bike boxes and bedding boxes, along with the occasional vacuum and cleaning supplies. According to Toyota’s spec sheets, in that configuration we had almost 120 cubic feet of cargo volume. Remove the second row completely (something we didn’t attempt), and you have 150 cubic feet of storage, which is as much room as some studio apartments.

Despite the lack of stow ‘n go (Chrysler), or a truck-based platform (Ford’s Transit), the Sienna’s interior provided the perfect balance between real comfort and real accessibility. And despite its higher hip point than a comparable Camry, the feel behind the wheel was essentially benign. No worry, no hurry – but if you found yourself in the thick of traffic a tap on brakes or accelerator easily provided the necessary correction.

PERFORMANCE: No one in the minivan segment is working hard to maximize performance, but Toyota’s 3.5 liter V6 supplies the most horsepower (296 @ 6,600 rpm) and torque (263 lb-ft @ 4,700 rpm). Combined with its 4,500 pounds and Dallas’ elevation, performance was more than adequate. Get to altitude, however, and you’d think someone’s EcoBoost-something (or Toyota’s 4.6 liter V8) might come in handy. No one buys a Sienna, Odyssey or Pacifica for trackdays, but you’d hope 0-60 wouldn’t take days. Beyond the powertrain, the steering, braking and roadholding all met expectations, and while the benefits of all-wheel drive were limited to some wet streets, we like the idea of a van for all seasons; only Toyota offers it.

BANG FOR THE BUCK: Our Limited Premium, with a handful of options, tipped the scales at $51,000. And while that’s chump change if you’re cross-shopping Toyota’s Land Cruiser, $50K will buy you both the base Sienna and most of a base Camry. We think the sweet spot in the Sienna lineup is the XLE, which supplies leather and a moonroof, along with all-wheel drive, for this side of $40K. At that figure you can man up to your inner mom…and maybe head for Moab.