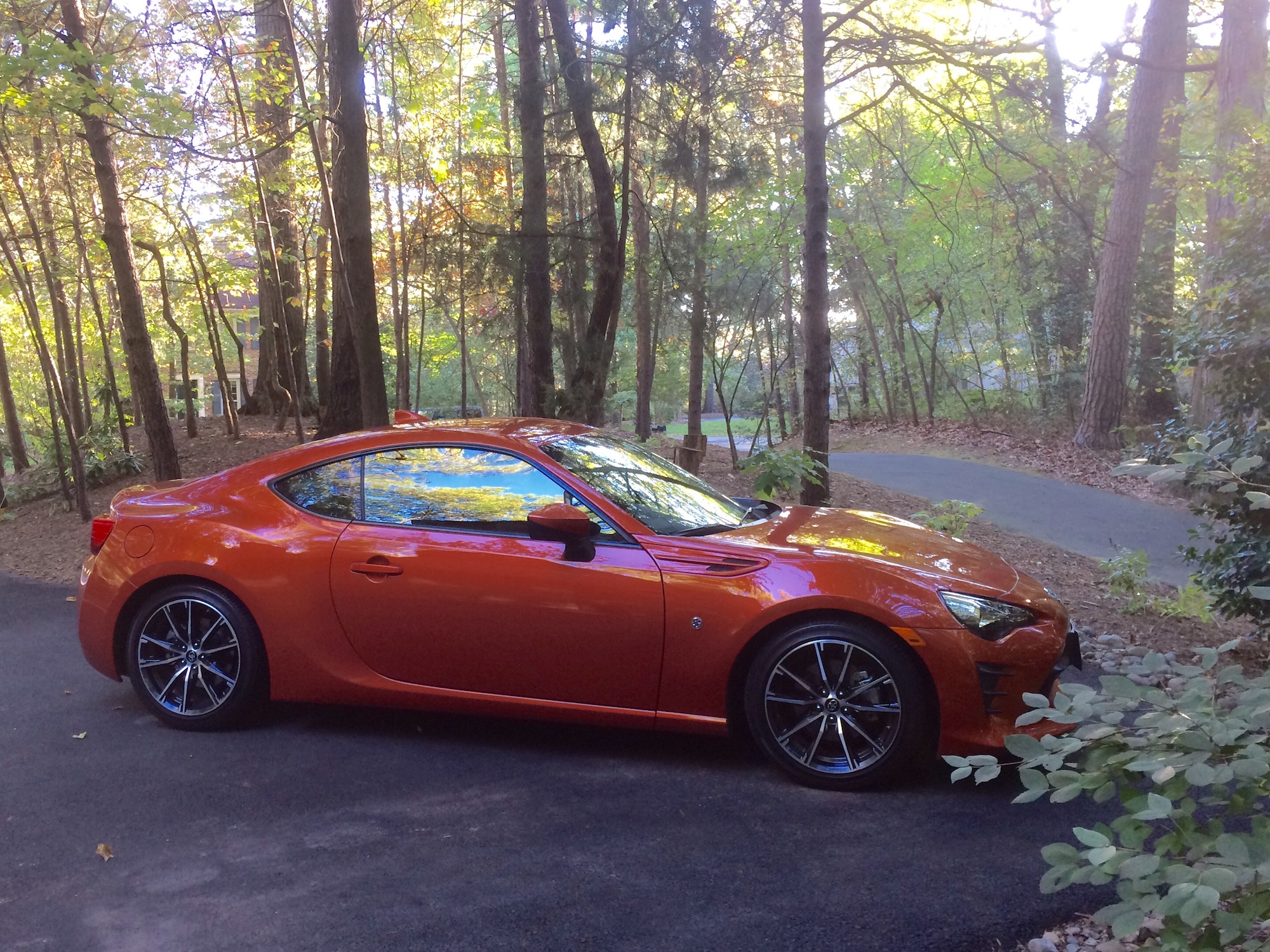 It’s been roughly 66 months since Toyota shared plans for its then-new Scion FR-S, a tightly drawn 2+2 co-developed with the design and engineering teams at Subaru. Unconventional in its layout, with Subaru’s flat four mounted in front, and sending its modest 200 horsepower to the rear wheels, the FR-S and its Subaru stablemate would serve as the perfect respite for Miata owners growing out of their cars, or Miata prospects not happy with the confined quarters of today’s Miata. Whereas Mazda’s gem is rarely considered for daily driving, the 2+2 footprint of the FR-S was almost perfect for daily driving.

So, some five years later we’ve had a refresh, a (very) modest bump in horsepower, and a few interior revisions, none of which remove it from the bargain basement category when discussing interior appointments. And with the demise of Toyota’s Scion division, the Scion FR-S is now Toyota’s 86. That ‘86’ is a moniker recalling a performance Corolla derivative, the AE86, introduced in the early ‘80s. The early Corolla offshoot was also small, light and minimalistic, which remains the mantra of the Toy/Sub as they enter their sixth model year.

With any recently introduced sports coupe, one should first give thanks that the thing is on the market at all, as it’s not a good time for 2-door coupes not named ‘Camaro’ or ‘Mustang’. If you don’t believe me, start hunting around for anyone else doing serious business in the coupe category. And with word from Toyota suggesting a redesign, we have a few ideas as to how they might build out the final model year – or two – of the existing coupe. We’ll start outside and work our way in…

EXTERIOR: Five years later, we’ve yet to grow tired of the Toyota’s overall design. Our test vehicle came supplied with Toyota’s TRD springs, which lower the 86 without slamming the 86. And, in combination with a TRD sway bar, the TRD suspension works to flatten the coupe’s cornering capability without making the ride/handling compromise (it’s always a compromise) too harsh. So, the footprint is way good, and remains only in need of some properly sized feet, as the 215/45R17s are entirely too skinny for the visual dynamic offered by the rest of the car. We’re not sure where you strike the best balance between a good looking stance and a wheel/tire combo that overwhelms the Toyota’s 205 horsepower, but someone knows; we’d find that guy.

INTERIOR: The 86’s cloth-covered buckets may look inhibiting, but once seated, you and your skinny *ss are gonna’ love ‘em. You don’t have a skinny *ss? Well, then, ask your sales rep to show you something in a Tundra. Once in, the seat is perfect, as are the other important touch points – the wheel and pedals. We also like the instrumentation, but are more than a little disappointed in virtually everything else. Plastics look more appropriate to a $15K Yaris than a $30K sports/GT, and despite some design upgrades since launch, this remains an interior in need of some Audi (think 1st generation TT) design and materials. Virtually everything directly competitive with the 86 boasts a better looking dash and better feeling plastics.

PERFORMANCE: Since the pre-production examples were first given to the press, and the press realized that the 2.0 liter four could have had a turbo, they collectively have thought it should have had the turbo. And we wouldn’t disagree, as a boost – even a small turbo in low boost guise – would give you an honest-to-god fifty additional horses. But we’d settle for another twenty thru a more open intake and less restrictive exhaust.

As they build out this gen, raiding the Subaru parts bin for an appropriate turbo wouldn’t kill ‘em. This thing, weighing well under 3,000 pounds, doesn’t need 300 horsepower, but another 50 would be huge fun.

VALUE: The $30K sports/GT is an interesting proposition, as that same $30K with get you into any number of CPO imports, including late model 3-Series BMWs, Audi A3s and, of course, new GTIs. We like the 86’s fun factor, essential simplicity and drive-it-like-you-stole-it reliability. And for those with another $5K on their Mastercard, know you can probably get that additional 50 horsepower – and you should.

With more utility than a Miata, and more (road) connectivity than your Mustang or Camaro, Toyota’s 86 remains a compelling proposition. We know you’ll like it, and you might just love it.