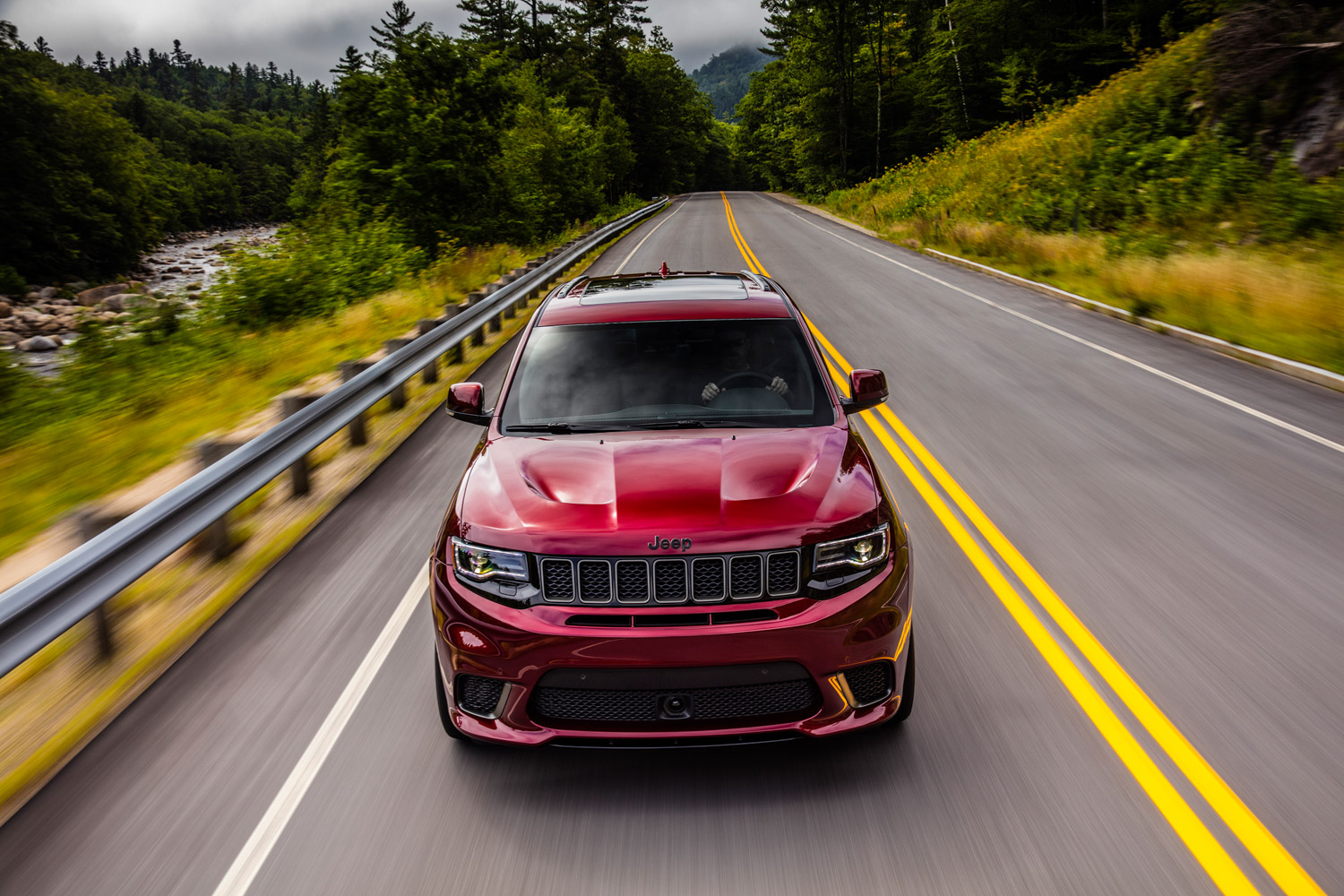 For most of the last thirty years, and all of the last twenty, my wife and I have been custodians of a Jeep. Ownership of an ’87 Cherokee (red, with a 5-speed manual trans) was – regrettably – short lived, but the ’98 Grand Cherokee stayed in the garage ‘til our son expressed interest in buying it. The ‘98 was replaced by a new ’06 Grand Cherokee toward the end of that model year, and remains in our garage. In short, we know our Jeeps. Or, until recently, we thought we did.

All of that familiarity – if they weren’t inanimate, you could call it intimacy – flew out the window with the arrival of Jeep’s Grand Cherokee Trackhawk. With 6.2 liters of supercharged V8 driving all four wheels via an eight-speed automatic and performance-spec all-wheel drive, this Grand Cherokee speaks far more credibly to Motown than Moab. And with a base price of $87K and an as-tested sticker of just this side of $100K, the Trackhawk isn’t for our 2-car garage; it’s more appropriate to a 6-car garage.

From the outside looking in, you’ll be impressed by the Trackhawk’s stance; its footprint is anchored by 295/45ZR20s, all the better to connect the supercharged Hemi’s 707 horsepower – yeah, think Boeing 707 – to the now-quaking asphalt. With a curb weight of some 5,400 pounds, even loading it with four fast food addicts should still net you a 0-60 of under 4 seconds. And if you have the room and – of course – legal representation, you can see 180, which is not too different from what a new Mooney will do, although doing it at a lower altitude. Obviously, this isn’t the only SUV capable of stunning performance, but it’s one of the few available for less than $100K.

Of course, if going fast you’ll want to stop, and the Trackhawk’s high-performance Brembos – in a 15.75-inch diameter – are the largest standard front brakes ever offered on a Jeep. The yellow-painted calipers may seem a bit of an affectation, but then, we’re not getting ‘em muddy, are we? And while not sure how long it takes to stop from 180, the Brembos can bring you down from 60 in just 114 feet.

Given its quasi-family intent, Jeep’s Selec-Track system pre-configures five dynamic drive modes, all the better to get you to the track – or Central Market – with the greatest degree of safety possible. Whether you’re opting for Auto, Sport, Track, Tow or Snow, your capability will be enhanced by Jeep’s algorithms. And this is far more than simply engine control: each mode will separately modulate the 4WD system, transmission, paddle shifters, suspension and the (electric) power steering.

Inside, you’ll find generous room for four and adequate room for five. Our test Trackhawk sported the ‘Signature’ leather package, which is as lovely to sit in as its $5K cost would suggest. Nappa leather is standard, so it’s not as if you have to spend the $5K – you might want to save that money for tires. In the Trackhawk’s driver information display, the tach is in the middle, with the Jeep’s 200-mph speedometer to the left. We’re not sure if the speedo’s location will keep you out of jail, but you can try that argument – we would. 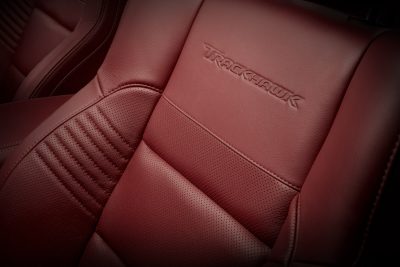 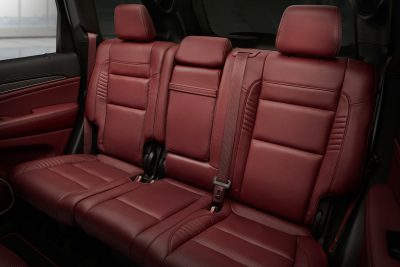 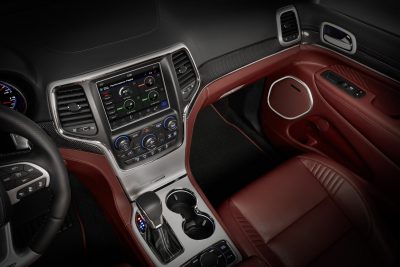 Despite the Trackhawk’s obvious intent, the Jeep team has attempted – via an abundance of safety adds – to play the responsible corporate citizen. These include Adaptive Cruise Control with Stop; Advanced Brake Assist; Blind-spot monitoring with Rear Cross Path Detection and Full-speed Forward Collision Warning with Crash Mitigation.

In its Auto setting, you won’t confuse the Trackhawk with your dad’s Wrangler, but then, neither should things get too out of hand. If set in one of the Trackhawk’s more aggressive settings, it quickly becomes Katy-bar-the-door, if – of course – you can even see Katy at 150+. We’d liken it to a fairly unique combo of old school charisma with new school ideology; think Orville Wright taking the controls of Chuck Yeager’s Bell X1.

If I had $100K to spend in a Chrysler Jeep showroom, I’d probably throw half of it on a Hemi-equipped Grand Cherokee Limited, and the other half on the world’s cleanest pre-owned Viper. But then, to me $100K is academic. For its target market, however, the high five/low six figures is chump change, and who-the-Hellcat are we to argue?

Jeep’s new Trackhawk is the automotive equivalent of driving an orange combover. And given the response we received from behind its wheel, we could get used to it.