Ford unveiled today (1/15) the new Bullitt Mustang, marking the 50th anniversary of the 1968 Mustang GT390 that Steve McQueen turned into an icon in the film Bullitt (1968). Forrest green paint job, stripped down, tuned exhaust and 475hp will separate this Bullitt from other Ford-branded ponies.

This is great news for any fan of Mustangs, Steve McQueen or the film. However, I was more interested in the original Bullitt Mustang that unveiled as well. Not the one that was discovered in Mexico last year. That was the stunt car, the one used for the jumps and heavy duty driving.

This Mustang is the star car, the one you see McQueen driving in the film. The one McQueen tried to buy back, several times, and failed. The one that got away. After being in hiding for over three decades it’s back, sporting a beautiful shade of patina and 90% of its original parts! Hagerty was able to get the full story on how this car managed to stay a myth for all these years.

After the film wrapped the two Mustangs parted ways. The stunt car was sent to the crusher after a detailed check, and ended up in Mexico. The star car was repaired, quickly, and went through several owners before ending up in a horse farm (fitting) in the Southeast. Its first owner was a New Jersey police detective named Frank Marranca (wondering if he ever chased suspects in a black Charger), who purchased the car from the studio in 1971. Bob Kiernan, the man who said no to Steven McQueen, was the 3rd owner, beginning in the late 70’s. In 1977, Steven McQueen made a last-ditch attempt to buy his co-star Mustang. He wrote a brief letter to Mr. Kiernan.

Any letter beginning with ‘Again’ is a hint of persistence. Steve McQueen wanted his Mustang back, like so many of us have often wished, desired, yearned for a car or truck from our past. Any clues to how badly McQueen wanted the Mustang can be seen in the four-sentence letter to Mr. Kiernan. McQueen offers to buy Kiernan a replacement Mustang in exchange for his, writing that he wants to keep it in the family, in its original state. Stating that it’s simply personal to him. Kiernan never responded to the letter. 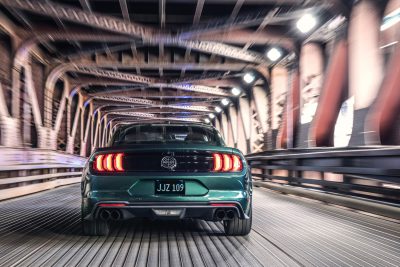 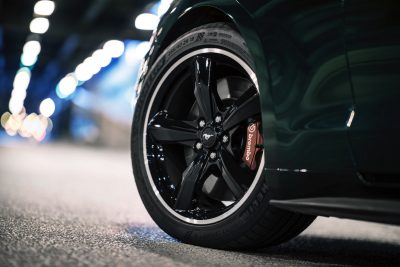 Bob Kiernan passed away in 2014, leaving his farm and Mustang to his son Sean. At the time, the Mustang had been sitting in their garage in a project state since 2001. In 1980, the same year McQueen passed away, the clutch went out and the Mustang was put away in the garage. Anyone with a project car slowly turning into a shelf in the garage understands how time-consuming life can be.

What made Sean Kiernan finish the Mustang, ironically, was Hollywood, a script for a possible barn-find movie that would star the Bullitt Mustang. Getting the Mustang in public view is the best marketing tool for attracting investors. This was shortly before news of the stunt car Mustang started hitting webpages. Sometimes, simple timing can be the best screenwriter.

What makes this Mustang physically different than any other green ’68 Fastback? A lot of the modifications for the film are still in the car. Steel tubs under the rockers to support camera rigs, with holes in the trunk to pass cables to a generator in order to run those cameras. Leftover glue on the tach to mark the redline, and a modified exhaust for the film are still in the car. The Mustang has that perfect shade of patina, looking its age without driving like it. Luck has definitely been tucked between the seats on this car.

If you call yourself a car guy, car girl or simply gearhead, and don’t know what the Bullitt Mustang is, then you’re better off doing a quick Google search or keeping it to yourself. Not knowing the Bullitt Mustang is like never listening to the Beatles and saying you’re into music. Ford fans might go as far as saying its blasphemy to not know about this Forest Green legend. Why? Because it’s a 1968 Mustang GT390 fastback we’re talking about, arguably one of the best-looking pony cars ever built. A Mustang that starred in the 1968 crime film Bullitt, starring the King of Cool, Steve *Expletive McQueen.

Need more reasons? How about that this: The Mustang was involved in cinematic history, alongside a 1968 black Dodge Charger R/T, in filming one of the greatest car chases ever. Nobody had ever done a scene like it before, with real cars, real stunts, and no background music. Cameras were placed inside the vehicles to capture the drivers sawing at the wheel and plopping into their seats after a car-jump. It set the benchmark for how a great car chase needs to look. It’s the automotive Genesis, long before Hyundai co-opted the term.

Larry Webster wrote the full story on this Bullitt Mustang, and all credit for photography goes to Casey Maxson. Read, in detail, just how Sean came to spilling the beans on his secret pony that led to us seeing it this weekend. Check it out on Hagerty.com. I certainly hope I get a chance to review the Bullitt Mustang this year, while wishing we had more steep hills in South Texas. 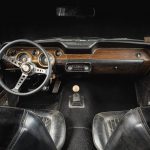 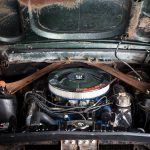 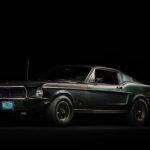 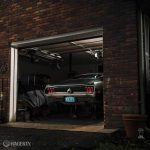 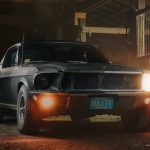 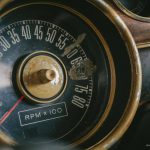 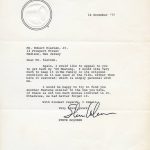 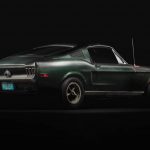 TAWA Texas Truck Rodeo | Rounding Up The Winners
Taking the wheel? There’s an app for that…
Event Calendar