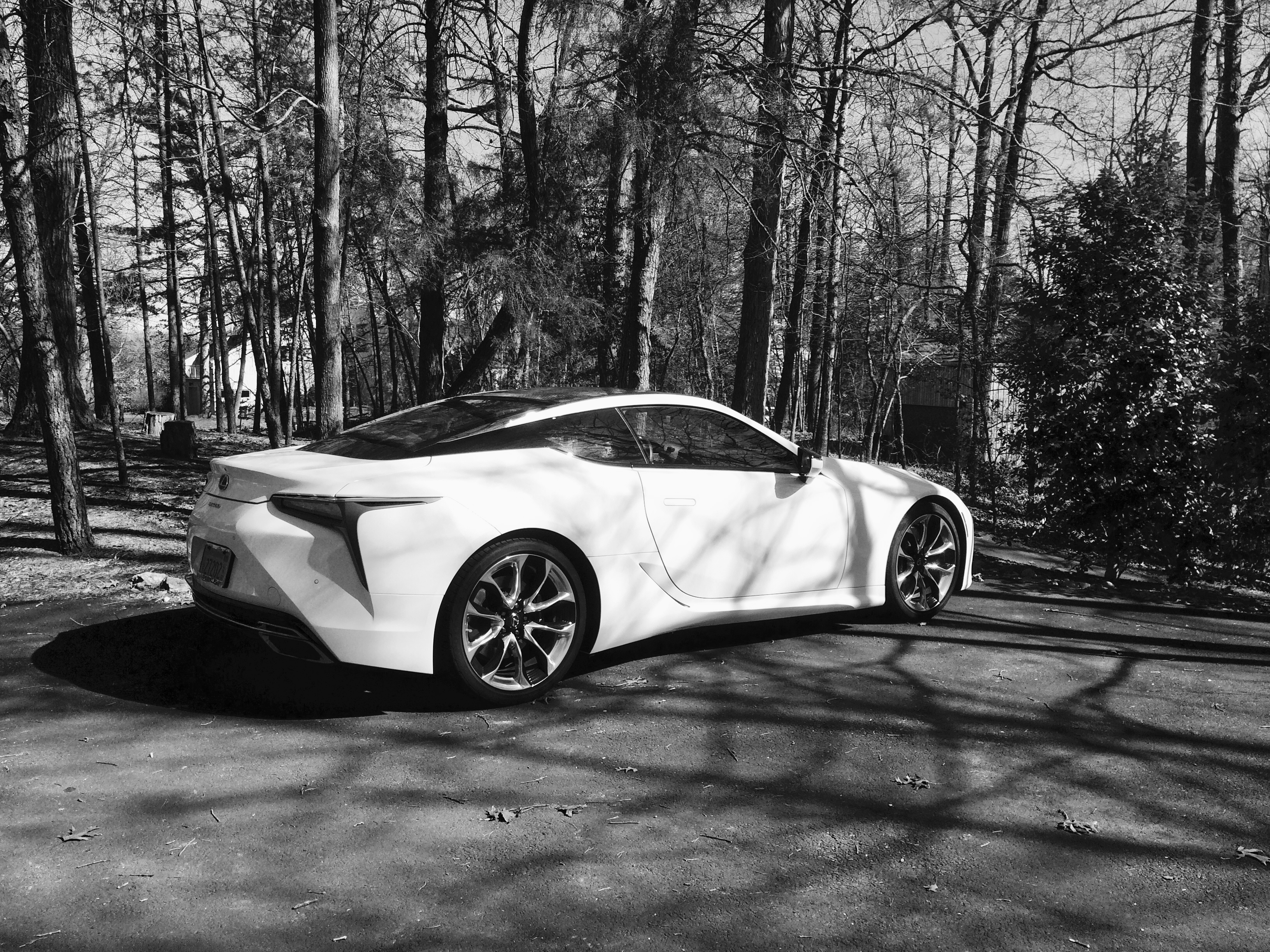 Some 25 years ago, concurrent with the Clintons (you’ll remember them…) arriving at the White House, Toyota’s Lexus established itself as a truly viable competitor to both BMW and Mercedes-Benz. While the company’s LS sedan had been well received, and its Camry-based ES 250 would find a home in thousands of upwardly mobile garages, neither spoke to the design capability of Toyota Motor Company. The LS was clearly inspired by the Mercedes S Class, while the smaller, entry-level ES had yet to find its inspiration (and, in point of fact, never found an inspiration). It was left, then, to the all-new Lexus SC coupe, in both 300 (six cylinder) and 400 (V8) guise, to establish Lexus as both a builder of premium machinery and, not incidentally, a design house. The Lexus SC was – at least subjectively – Drop. Dead. Gorgeous.

Twenty-five years later, we again have a well-documented sexual appetite in the White House and an all-new coupe, the LC 500, on the Lexus showroom. And while Bill and Donald share little more than their indiscretion, the new LC is every bit the design statement first offered by the Lexus SC. 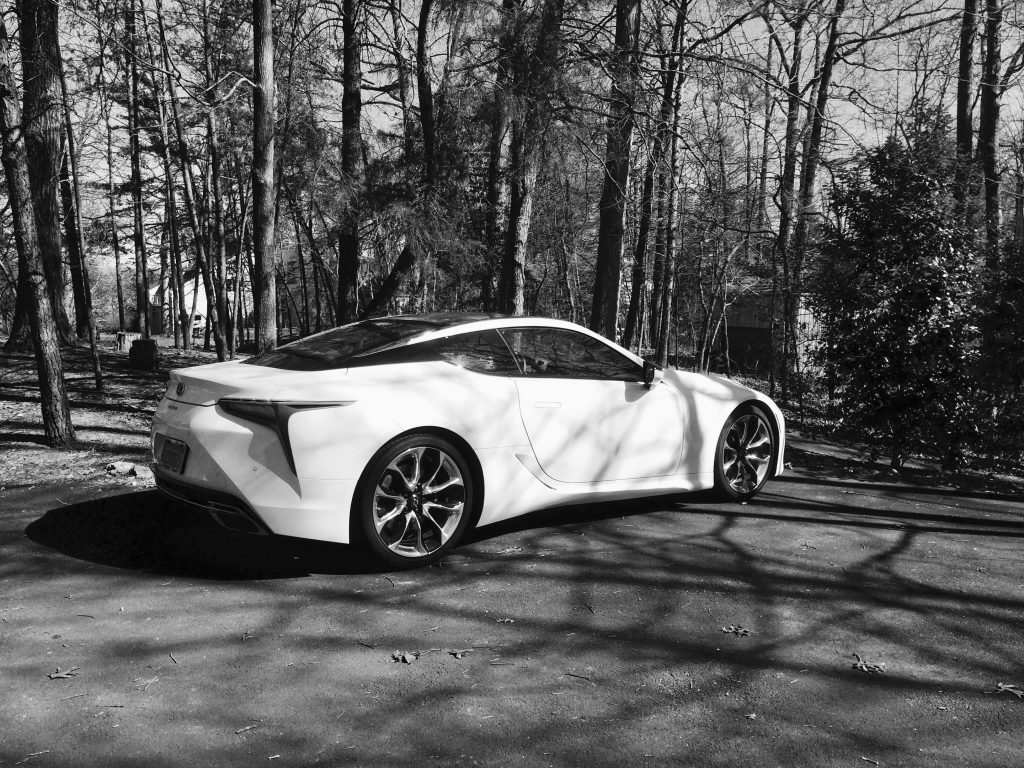 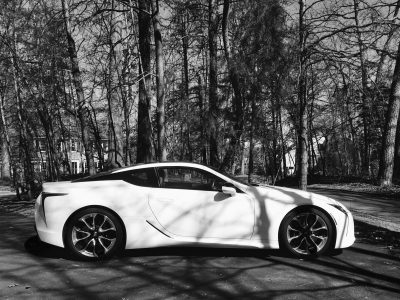 First previewed by the LF-LC concept in 2012, and shown as a production model just over a year ago at the 2016 Detroit show, our test LC 500 offers sheetmetal that is at once both discreet (look it up, Donald) and breathtaking.

While the first SC’s organic sheetmetal almost overshadowed the car’s mechanical footprint, the new LC sits back on its rear axle (and 113-inch wheelbase), has a track wider than your old man’s Pontiac and sheetmetal almost androgynous, overtly masculine from one angle and utterly feminine from another. Slab sides combine with flared quarter panels to maintain – as Lexus puts it (and I could only dream of putting it) – ‘a consistent tension in the body panels through to the rear’.

Conversely, the coupe’s greenhouse is light and open, especially when compared to the way in which most coupes are drawn. Climbing inside isn’t a piece of cake, but once in you enjoy a reasonably open cabin, as opposed to ‘cockpit’. The dash provides all of the necessary info, within a layout that will neither surprise nor delight, but then, neither will it offend. We were impressed by the seats, as their shape holds you in place without nailing you in place. And while the thick-ish and aggressively raked A-pillars do their part in minimizing some forward visibility, most of what’s around you can be seen from behind the wheel. As modern coupe architecture goes, it’s positive.

The real win is, of course, when you’re behind the nicely shaped wheel and the candle – in ‘Right Stuff’ parlance – is lit. What emanates from the LC’s 5.0 liters of DOHC V8 is naturally-aspirated Heaven and – given the brazen exhaust note – 471 horsepower from Hell. This is a Grand Touring powertrain in the Grand tradition, with maximum power delivered just north of 7,000 rpm while 400 lb-ft of torque comes in at 4800 rpm. All of that goodness is delivered to the rear wheels via a 10-speed automatic, whose top three gears – 8th, 9th and 10th – are overdrive. In an era of blown V6 powertrains, even on super (Ford) exotica, Lexus didn’t blow it.

On the road, there is the degree of connectivity you’d expect, along with the connectivity my lovely wife, even after 40+ years of marriage, wants no part of. With a curb weight that side of 4,200 pounds, this isn’t a package you drive like a Miata, but it wants to be a Miata – with 471 horsepower. You’d have absolutely no aversion to giving this up for a track day, and no hesitancy to drive it from Houston to La Jolla. And we’d love to pencil that in…if Lexus needs one in La Jolla.

With a well-equipped window of $92K, the LC 500 isn’t for the financially weak or unstable. But in the rarefied atmosphere of $200K this and $300K that, a Lexus coupe selling for a number lower than Porsche’s 911 seems like quite the buy. It’s a GT you could drive for a lifetime and – should you be so blessed – hand off to a deserving kid. If you buy one, I’ll be your kid.