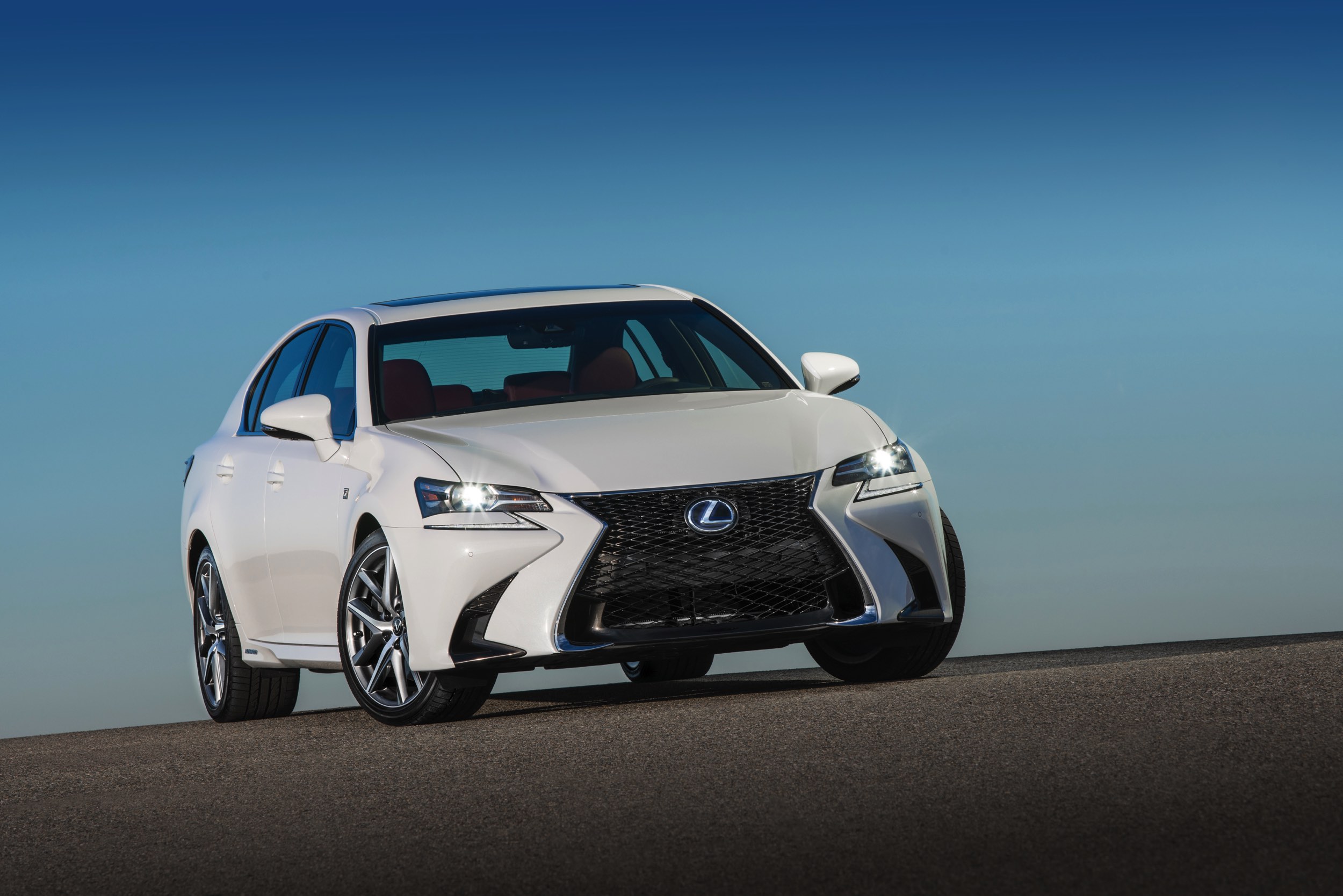 In my ‘hood, the Lexus RX crossover seems to dominate, both with young families and empty nesters. Obviously, there’s little argument with the formula – although I’d take issue with some of the recent sheetmetal. The Lexus RX is well-appointed, reasonably responsive and – in an era where near-luxury is almost always $40K – seems to hit the sweet spot for social strivers and their drivers. But that, of course, is the ubiquitous RX – and we’re here to discuss the GS. And if we don’t discuss it, who-the-hell will?

For all of its righteous intent, the GS has always seemed the odd man out in Lexus’ automotive sphere. Targeted at BMW’s 5 Series and the Mercedes E-Class, the Lexus would seem to have a lighter load against those midsize rivals than the smaller Lexus IS has against its more compact – and better established – competitive set, the 3 Series and Mercedes C Class. But the GS, almost since its inception, has struggled to forge an identity, while the other sedans in the Lexus lineup will be instantly recognized at the car wash or valet stand.

If, however, recognition among this nation’s service providers isn’t of utmost interest to you, there’s a lot to be said for what’s between its front fascia and trunk (while admitting we don’t care for the front fascia, and wish it had a hatch). With a wheelbase of 112 inches and an overall length of sixteen feet, the GS enjoys that nice space between easy-to-park and, well, space. And despite my disconnect with the Lexus styling up front, the GS remains an attractive sedan, something it’s been since Italy’s Giugiaro penned the first one some twenty-five years ago. Its proportions are obviously rear-wheel drive, the greenhouse remains relatively generous, and the aforementioned trunk will swallow most of what a rational family will carry. 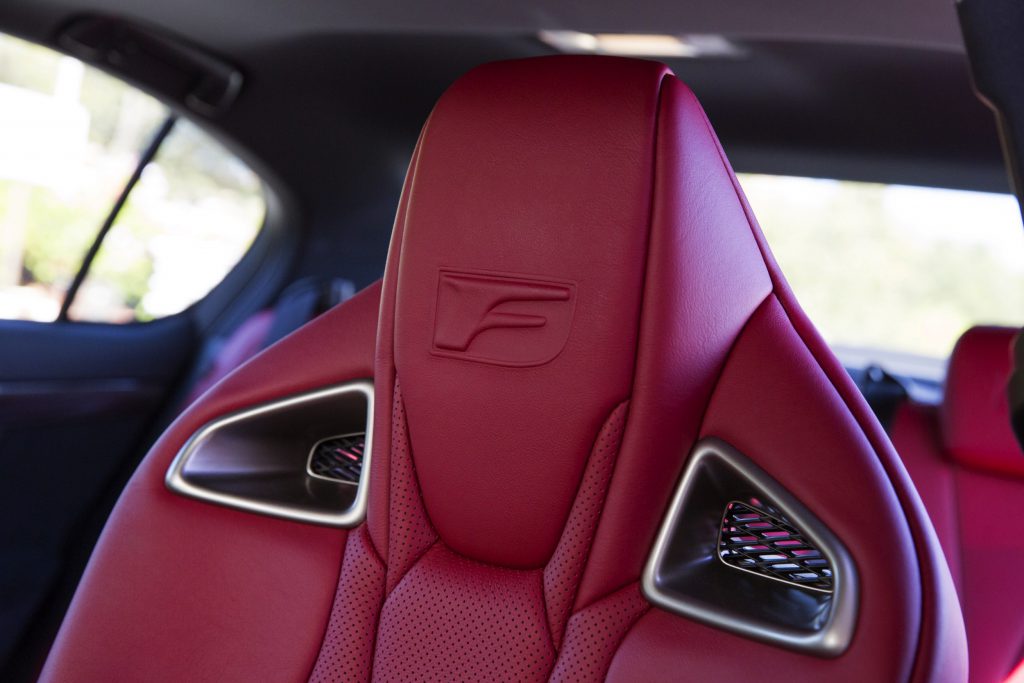 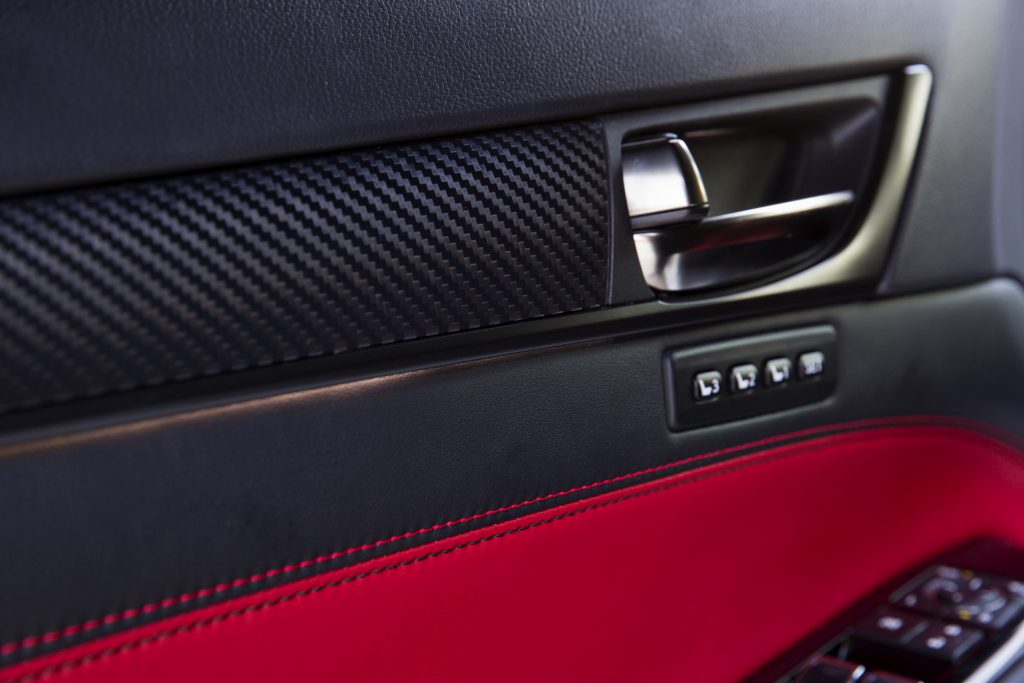 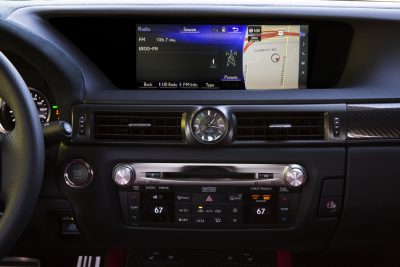 Inside, our GS 450h featured perforated leather that was obviously leather, heated and ventilated seating with 10-way adjustment and – get this – water repellant front door glass! Seating is adult size, and while supportive when in cornering mode was also easy to access. Like most rear seats accommodating a third passenger, that middle guy or gal draws the short straw, but headroom, legroom and shoulder room are expansive for the midsize segment.

It’s under the hood where the GS 450h truly differentiates itself from the BMWs, Benzes and Jaguars. Here, you have a 3.5 liter V6 working in combination with the Lexus hybrid powertrain to deliver 338 total system horsepower, a 0-60 time in 5.6 seconds (which is fast…and feels faster!) and an EPA estimate of 29 City/34 Highway/31 Combined. And that, ladies and gentlemen, is a startling combination of virtues. Typically, you can get the performance or achieve the EPA estimates, but you aren’t gonna get both. Lexus delivers.

But then we get to the GS 450h price point. And for this observer, that may be the breaking point. With a base price of just under $69,000 and an as-tested window – with destination – of just under $75K, the GS 450h isn’t for the financially faint of heart. While the 4-cylinder, turbocharged GS 300 won’t get to sixty in under six seconds, you’ll save over $20K if willing to just leave a few seconds sooner.

The GS hybrid is a wonderful exercise in frugal extravagance, but I’d opt for the base GS, putting the $25K I’ve saved toward Toyota’s 86, Subaru’s BRZ or Mazda’s MX-5 Miata. Or a late-model Lexus RX – and just…blend…in.