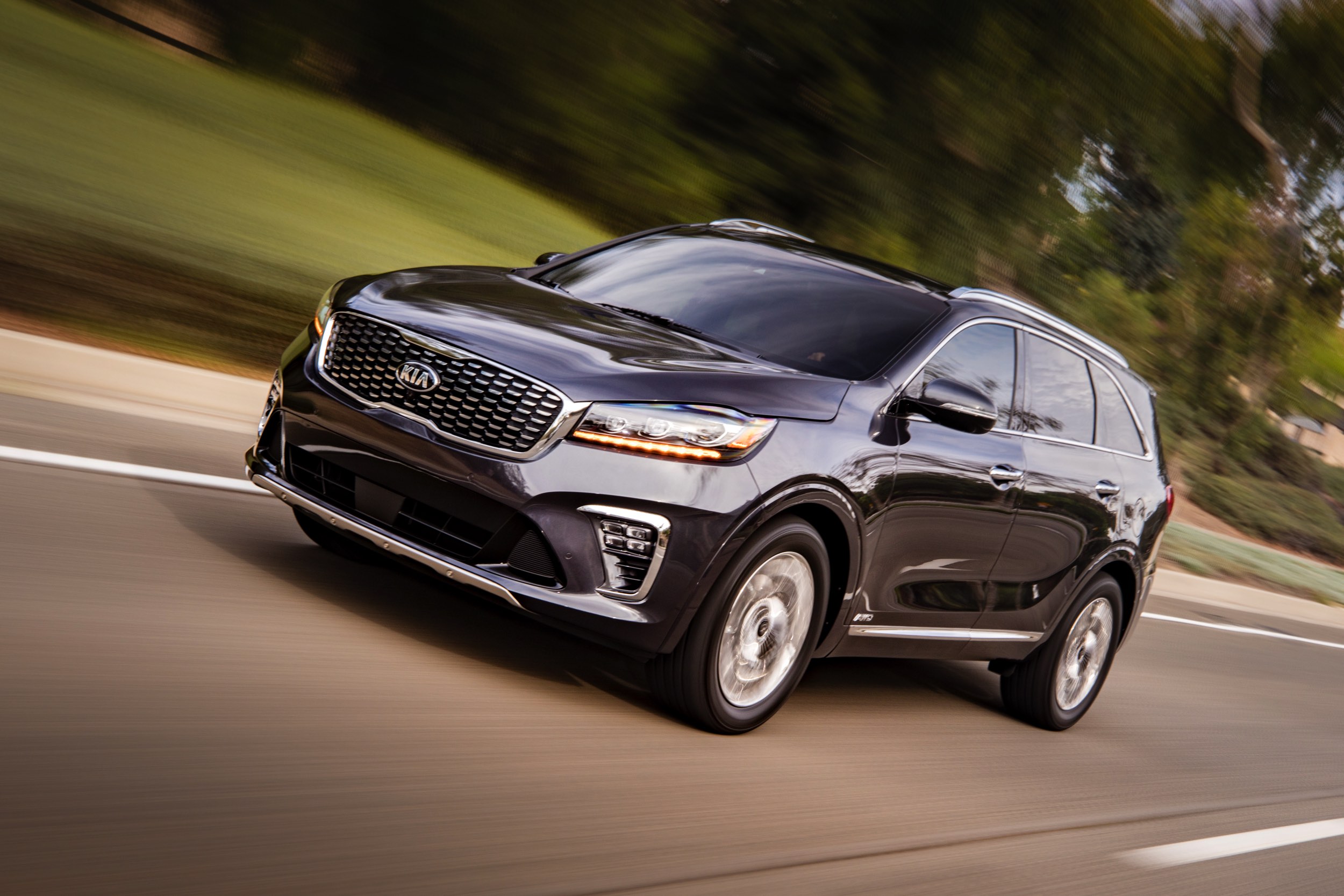 Coincidental with the arrival of Kia’s refreshed Sorento in our driveway is the latest issue of industry pub Automotive News in the mailbox. AN is a reliable source for what’s happening in the industry, as well as a credible forecast of what might eventually happen to the industry. But on occasion, it’s too little, too late. Such was its recent reporting on the price overlap between what are historically mid-level brands and near-luxury brands. If Automotive News is just waking up to this phenom they haven’t been paying attention; we knew it with our first $35,000 Accord – and was confirmed with the $52,000 Kia Stinger. Need further proof? How ‘bout a $48,000 Kia Sorento, targeted – we’ll guess – at the Top 2%.

The gist, of course, of the article is this: If spending $37,000 on a hard-loaded Accord, know you could skinny into a BMW 3 Series for slightly less money. And while our fully loaded, everything-but-the-kitchen-sink Kia Sorento had a window of $48,000, the Lexus RX 350L starts just $2K north of that. You pay your money…and you drive your choice.

For those in the Top 2% buying a Kia Sorento SXL AWD with the aforementioned almost-$50K sticker, you’re going to enjoy the ride. At a time when design teams appear to work for video game makers rather than automotive OEMs, the Sorento’s clean, modestly detailed surfaces are beautiful subjectively, and would seem to work better objectively. This is one very nice piece of automotive architecture, and without the Kia signage you could easily envision the Sorento coming, well, from Sorrento. It has an upright stance and reasonably airy greenhouse, but this isn’t a Land Rover – and it’s not agricultural.

The press material indicates the freshened ’19 Sorento retains its refined and rugged exterior look, and while I’d double-down on ‘refined’, I didn’t see rugged anywhere except – perhaps – the gas cap. The front end is revised with a ‘more artfully detailed radiator grille’ between a new headlamp configuration, while the Sorento’s foglamps have also been tweaked. None of this is immediately recognizable, and I often wonder why manufacturers go to the expense. In the rear the fascia has also been updated with a new bumper, sexier taillamps, modified liftgate and – are you ready – a sportier muffler tip. Ultimately, the crossover has a wholly unified look, and – to their credit – they didn’t screw a good design up!

Inside, the top trim exceeds expectations (think Nappa leather on the SXL), even as the Monroney approaches $50K. The perforated leather looked rich, and almost felt rich. And beyond the look and feel is the utility. The second-row seat is split 40/20/40, and for those of you installing child seats, that split is golden. Third-row folding seats are now standard on all trim levels, and while the Sorento’s 3rd row isn’t as expansive as some, we like that it’s there in an otherwise trim footprint.

Under the hood the top tier Sorentos feature a 3.3 liter V6, supplying 290 horsepower and 252 lb-ft of torque. Driving through its 8-speed automatic and with available all-wheel drive, the Sorento is credible off the line, but won’t win any pink slips. But the Sorento – again, with AWD – weighs 4,300 pounds; as a vehicle’s weight goes higher your expectations should go lower. Once at speed the Sorento seems comfortable at any speed, but I’d like a tad more urge at throttle tip in.

So, in a competitive segment in which almost everyone is offering a midsize, 3-row crossover, I like the Sorento’s looks, appointments and build quality. But here, Kia, is what I want for my $50,000: I want the blown V6 and a performance-oriented all-wheel drive system from Kia’s Stinger GT. Reduce the number of mandatory options – like the panoramic sunroof – and work to get weight to around 4,000 pounds. At $50K you’d undercut Alfa’s Stelvio Quadrifoglio (or a comparably responsive BMW X5) by some $25,000, and have something that actually recalled ‘Sorrento’ every time you drove it.

The Stinger GT serves as a corporate halo, while a similarly responsive Sorento could serve as the corporate ‘hello’.

Lexus GS 450h F Sport – A Hybrid, Well Bred
Chrysler’s Pacific Hybrid:
To Have. And Have Not.
Event Calendar