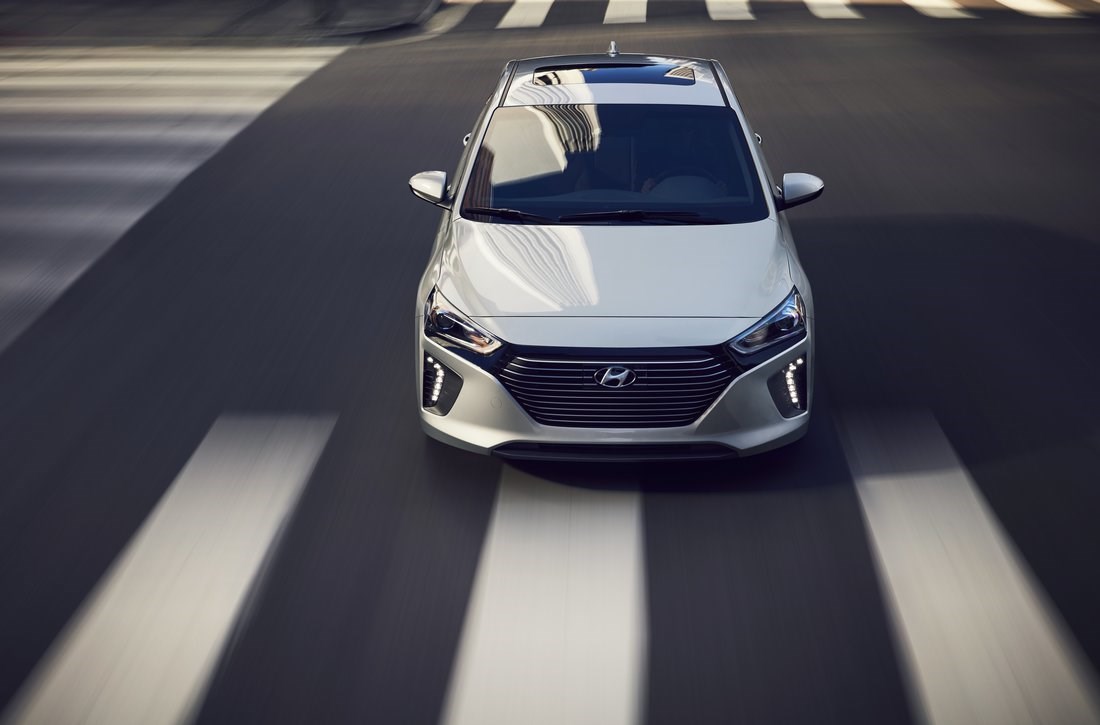 Do you remember a time when most – if not all – vehicles could be categorized as small, medium and large? The medium (‘Grande’ for you Starbucks regulars) was the most prevalent, serving as an umbrella for literally millions of Chevy, Ford and Plymouth sedans. Yeah, imports were taking a small piece of the pie, and you’d spot the occasional station wagon or pickup, but the car market was largely cars – in small, medium and large.

In this century we only wish it was that simple. In Texas, where the pickup seems to grow on every street corner (easier now that Dallas’ shared bike phenom is apparently behind us…), trucks are mixed in with SUVs, minivans and the occasional ponycar. And if you’re thinking sedan, you’ll draw from a significantly smaller pool, one composed largely of import brands; some are manufactured here in the States, some assembled closer to the corporate HQ. Hyundai, builder of a wide range of cars and SUVs, priced from between about $15K and $50,000, builds a hybrid-powered 4-door they call Ioniq. And it’s worth your consideration, whether your commute is only from Downtown Dallas to Uptown, or you regularly head from Big D to Beaumont.

From the outside looking in, Hyundai’s Ioniq hybrid does little to draw your attention. Its clean and uncluttered exterior is aerodynamically sleek, with Hyundai claiming a .24 coefficient of drag. But that shape is drawn without resorting to some of the visual drama used by its most immediate competition, the Prius. In fact, the Ioniq is almost the anti-Prius, as it won’t draw much of a look beyond those driving another Hyundai product. Think of it as the girl or guy you want to take home to mom, and not the vehicular device you’d take home to Mork.

Inside, our $23K Ioniq Blue – the base trim – is about what you’d expect from a $23K 5-door. ‘Plastic’ is the dominant theme, but information is easy to digest, and infotainment is accessible and intuitive. We liked the seat shape and position, and while rearward visibility was reduced by both the Ioniq’s D-pillar and the horizontal bar bisecting the rear glass, generally the outward visibility was good – as you’d hope when you’re in Urban Warrior guise, or just trying to get out of your apartment’s ground-level garage. And within the Ioniq’s 176 inches of overall length is 96 cubic feet of passenger volume and over 26 cubic feet of cargo space. That space is helped by the hybrid battery located beneath the rear seat rather than in – or beneath – the trunk itself.

Under the Hyundai hood is a 1.6 liter producing a modest 104 horsepower and 109 lb-ft of torque. However, that’s supplemented by 32 kW of electric motor, offering a hp-equivalent of 43 and 125 lb-ft of torque. The end result is 139 net horsepower and more torque than we can calculate, all delivered to the front wheels via Hyundai’s 6-speed dual clutch automatic. And at the wheel, it’s all good, with better-than-adequate acceleration and a combined estimate of 58 miles per gallon.

Take, for a minute, to let that number seep in. In the far-off spaces that are Texas, a run to and from Houston – roughly 250 miles each way – can be made on less than 10 gallons of gas. And if, driving around town, you put on the same 1,000 miles a month most people do, you’ll fill up just twice a month, spending less than $30 on each refill. This isn’t – to be sure – an EV or plug-in hybrid (although the Ioniq is available as an EV or plug-in, also), but the essential simplicity of this architecture makes one very powerful argument for this architecture.

If looking for a car ‘car’ – and a few of you still are – Hyundai’s Ioniq should be on your short list. It’ll serve as a nice counterpoint to the girlfriend’s Raptor.