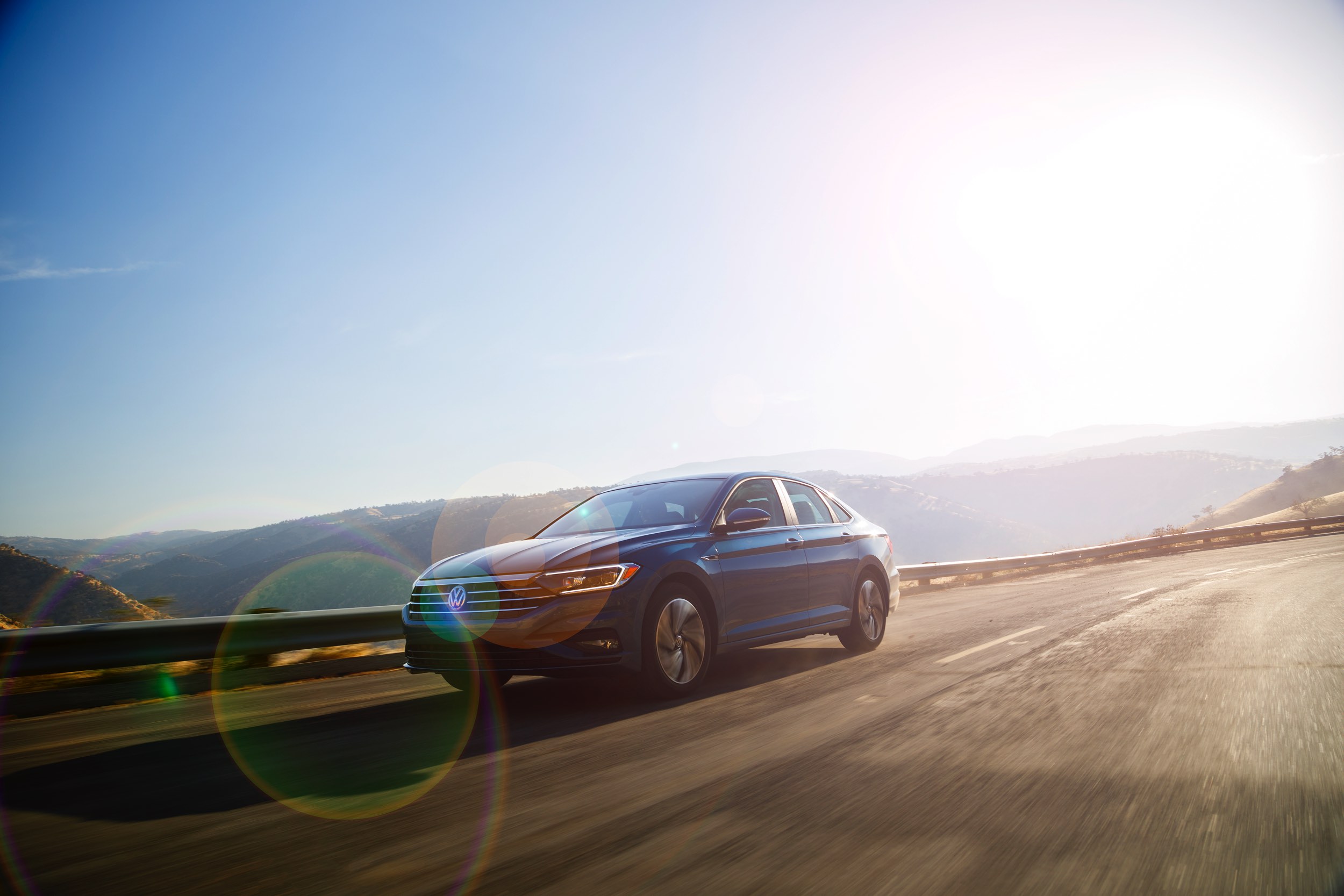 So…you’re a 20-something, a few years out of school and shopping for your first new car. Your 10-year old Civic – having transported you through high school, college and off to your first job, still works – but it’s been a few years since it’s been working for you. You’ve been there, you’ve driven that and it’s time to reboot. But you still like the Civic’s 4-door vibe, it’s secure trunk and the chance to take two friends – and a designated driver – out for an evening, or make an airport run with your folks. In short, you’re looking for a car, one that from a size standpoint is larger than Honda’s Fit but smaller than a Honda Odyssey. I think you should be looking at a Jetta. 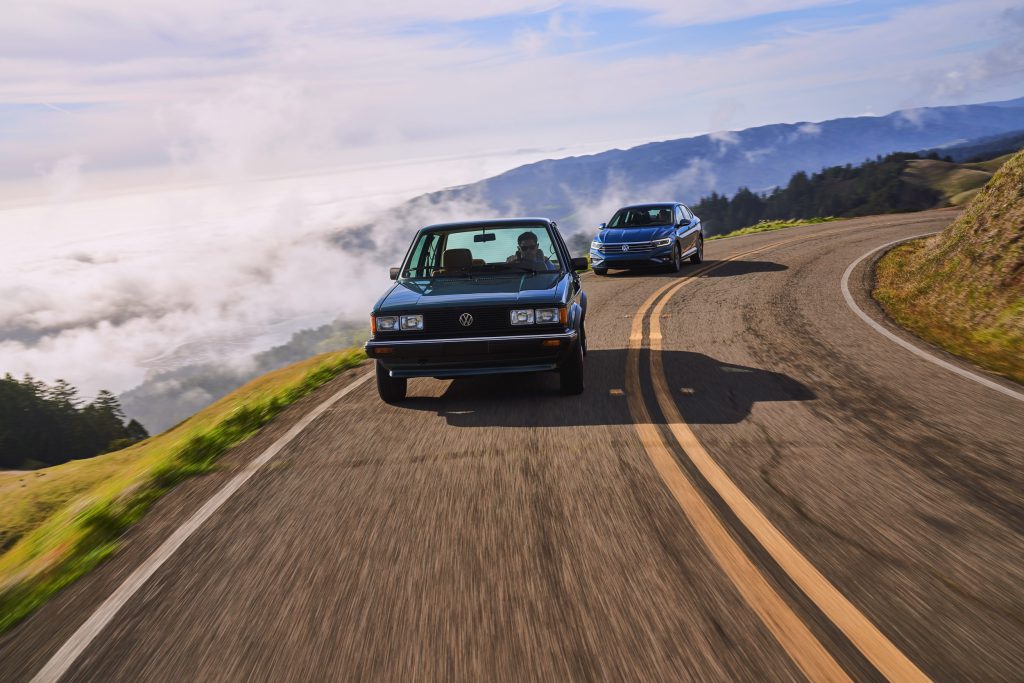 Since the early ‘80s the Jetta has been the Golf (or Rabbit) with a trunk, for those VW intenders really wanting a trunk. More recently, the model lines have diverged, with the Golf retaining its German DNA while the Jetta has morphed into something (presumably) more attractive to, well, owners of Civics and Corollas. At one point, in the early ‘00s, I thought the Jetta and Corolla were – at least visually – twins separated at birth; happily, the Jetta retained some Autobahn, while the Corolla verged toward autonomy.

Today, the Jetta is attempting to regain a shred of Fahrvergnugen (the umlaut goes where?) within a value-centric 4-door package. From the outside, this Jetta wears a more expressive skin than its predecessor, with an almost-dramatic crease accentuating the sides, while the greenhouse sits relatively tall – but not ‘old Volvo’ tall – above it. The semi-fastback backlight blends into the abbreviated trunk, while both front and rear overhangs are tucked in.

In the details, Volkswagen’s design team was (happily) restrained. The front grille still looks automotive, and not something from Jurassic World, while the rear is almost – but not quite – innocuous. And while inside the first impression is overwhelmingly plastic, the mood can be lightened (both figuratively and literally) with beige or gray leatherette on midlevel trims, or similar treatments – in leather – on the uplevel trim.

And beyond the plastic, there is the room. No, this isn’t VW’s 3-row Atlas or (even) the 2-row Tiguan, but the new Jetta does provide a credible environment for four adults out for an evening, or five grabbing lunch. And with its expansive greenhouse, in a pack you’re not confronted by claustrophobia on top of the body or cologne odors.

On the dash, information is clearly displayed, while infotainment is reasonably intuitive. We liked the shape and feel of the wheel, and also appreciated its leather wrap on the almost entry-level SE. Also, I enjoyed its connection to the front wheels. You won’t confuse its steering with that of a Lotus Elise, but then, neither does it feel like my ’66 Beetle’s – may it rust in peace. In short, there’s a lot to like here, for you, your passengers and that designated driver.

Under the hood, Volkswagen keeps it simple – or keeps it simple until the debut of their upmarket GLI. All trims, from the $19K base Jetta to the $28K Premium SEL, are equipped with Volkswagen’s 1.4-liter turbo, supplying 147 horsepower and 184 lb-ft of torque through either a 6-speed manual (base only) or 8-speed automatic. We drove the 8-speed auto, and found it to do everything asked of it. Would we like a little more giddy-up from a stop? Of course, but we’d probably ask the same of Volkswagen’s GTI. For its mission, you’ll find the Jetta delivers everything you – or the airport run – require.

With a base price (for the base Jetta) of just over $19K, VW’s compact 4-door is a screaming deal. At $28K for a Premium SEL the argument is less compelling, but if you can spec an under-$25K Jetta to fit your needs, we’d say go for it. It’s not an Audi, but at a figure some $15K – or $300 per month – less dear than the comparable A3, it’s a relative bargain. And hell, everybody has an Audi…you can use that $300/month for the condo.