In 2012 Ford’s Fusion was not, in the eyes of an enthusiast or automotive analyst, even remotely competitive with the Accords or Camrys on their respective Honda or Toyota showrooms. It was, at the time, a credible effort for Ford, a company woefully lacking – on this side of the Atlantic – in offering credible sedans. But in the context of the midsize segment, all of the domestic OEMs were sucking the car equivalent of ‘hind tit’ relative to what was coming from Japan or, to a lesser extent, from Germany’s VW.

With all of that, my father-in-law’s Fusion SEL – having but 15,000 go-to-church miles – was nice. Finished in a metallic blue, and fitted with the SEL’s black leather interior, the Fusion had that modest upscale vibe that goes with well-maintained, midlevel sedans. You’ve seen it in nicely optioned Accords and Camrys, and we saw it in this Fusion. Of course, it didn’t drive like an Accord or Camry, lacking the refinement of those platforms, but it was solid and pleasant – and as a third car with (perhaps) 7500 miles added each year it could have served a purpose. And, we’ll hope, will serve a purpose. 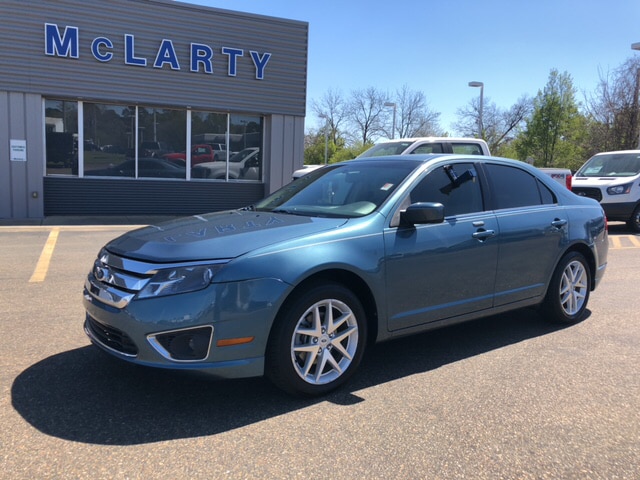 With my father-in-law’s passing in January the Fusion had been used for occasional errand running tied to the clean-up – and eventual sale – of his home and furnishings. In that six months my wife and I had added roughly 3,000 miles, and while the Fusion was handy and comfortable, it wasn’t anything we needed for the long-term; neither did Tina’s sister, with whom she was sharing the proceeds. It was decided to sell the Fusion, and with no interest in retailing it ourselves we made the trip to CarMax where you can also sell a Tesla X to some online car buyers. If your car is a bit old and you can’t seem to get a good price on it, then consider selling it to a company that will give you cash for junk cars.

The trip to CarMax was preceded by a call to CarMax; at the other end of that call was Paul, a sales representative. In explaining the selling situation – proceeds from an estate, with the title still in my deceased father-in-law’s name – Paul was helpful, but I didn’t feel he fully knew the paperwork we should bring with us. Happily, CarMax’s business office did. The rep at the other end instructed us to bring the clear title, an original copy of the will and a Letter of Testamentary, a document that – according to Google – demonstrates ‘you are the legal executor for a particular estate and that you have the ability to act as such’. And – of course – we should bring the IDs of those signing over the title to CarMax. An appointment was set for the following Saturday and all ‘systems’ appeared to be ‘go’. If you think a jeep should fit your needs then you can contact a jeep dealership.

The Fusion, always garaged and gently driven, didn’t require much in the way of a cleanup. The folks at Dallas’ Carmel Carwash on Lemmon provide a $7 rinse, but with $57 on my prepaid card I decided to go with the (almost) works, spending $25 on an outside and inside experience. Toward the end of the day it was just one guy going over the whole car, but the result ended with the Fusion looking new and – get this! – smelling new!

Arriving at noon on a Saturday found Paul still attached to an earlier appointment, so Leo was called in. Leo was a courteous 20-something, whose return to school precipitated a job allowing for a flexible schedule. Since cars were somewhat of a passion for Leo, while awaiting the appraisal we heard about his ownership history, one far more varied than that of your typical 20-something. But then, the only recorded history we were truly interested in was the value CarMax attached to the Fusion.

An earlier visit to Kelley Blue Book’s site suggested a trade-in value of $9,347 for a 15,000-mile Fusion in excellent condition, while a private party sale might net as much as $11,550. But that private party sale – again, according to KBB – could take as much as 30 days; we were hoping to do this in 30 minutes, which is about what the CarMax appraiser took in arriving at a number. That number was $9,500 – while I was hoping for an even (and easily divisible by two) $10K. Again, the $9,500 was above the number suggested by KBB for a low-mileage Fusion in excellent condition, so we took it. If you eventually sell your car and need a new one, then consider checking out these used cars for sale.

A trip to grab the second set of keys meant a delay in sitting down with the business office. But once there the process was friendly, professional and efficient. That process is also pretty darn transparent – perhaps that’s the payoff for driving the Fusion only to church.

Looking for more info in CarMax buying your car? Check this link HERE.